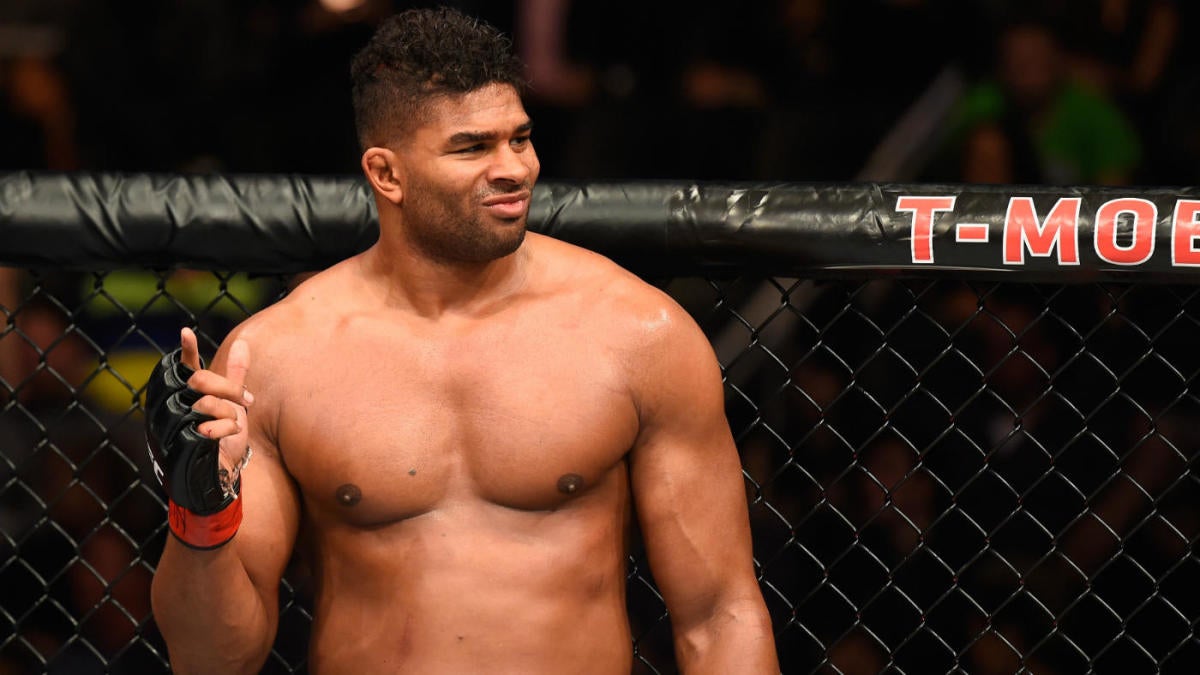 Were you to distill the theoretical ideal of a heavyweight fight down to its essence, the resulting matchup would look a lot like Alistair Overeem vs. Jairzinho Rozenstruik. Two hulking monsters with brutal finishing power standing across the cage with an early finish a near certainty. Fans will be treated to this exact fight on Saturday night when Overeem and Rozenstruik meet in the main event of UFC on ESPN 7 from Capital One Arena in Washington, D.C.

Rozenstruik (9-0) made his UFC debut in February, but after Saturday he’ll have fought in the Octagon four times. A head kick and follow-up punches finished Junior Albini less than a minute in the the second round. It only took nine seconds to knock Alan Crowder out in Rozenstruik’s second UFC fight. And in fight number three on Nov. 2, he finished UFC legend and former champ Andrei Arlovski just 29 seconds after the opening bell. That he emerged from the Arlovski fight unscathed meant Rozenstruik was around to receive the call when the tragic disappearance and murder of Walt Harris’ stepdaughter forced him out of his planned fight with Overeem.

Overeem (45-17) finally reached the UFC in December 2011 after an already storied career in which he’d become a star in PRIDE, DREAM and Strikeforce. With a knockout win over Brock Lesnar in his Octagon debut, it seemed Overeem was on his way to a long-predicted run as UFC heavyweight champion. Knockout losses in his next two fights, against Antonio Silva and Travis Browne in 2013, defined the story of his UFC career, however. Overeem alternates between looking like an unstoppable goliath and … well, looking like Goliath against David.

Seven of his 10 UFC wins have come by knockout, all six of his losses have come via the same method. After another back-to-back knockout loss skid — against Francis Ngannou and Curtis Blaydes — Overeem has again righted the ship with back to back knockouts of Sergei Pavlovich and Alexey Oleynik. A win over Rozenstruik would mark the first time Overeem has won three consecutive fights since May 2016.

Here’s the fight card for UFC on ESPN 7 with the latest odds from MGM.

Alistair Overeem vs. Jairzinho Rozenstruik: Rozenstruik has true finishing power. Then again, so does Overeem. The experience edge and maybe slightly more diversity in his attack is the likely reason for Overeem having a slight edge in the betting odds that continue to flip flop. That said, both men have a strong enough possibility of scoring a knockout that the fight is as close to a coinflip as it gets. I’ll put my money behind the man who hasn’t shown a very crackable chin throughout his career. Pick: Rozenstruik via TKO1

Who wins Overeem vs. Rozenstruik? And how exactly does each fight end? Visit SportsLine now to get detailed picks on every fight at UFC on ESPN 7, all from the expert who’s up nearly $19,000 on MMA in the past year.