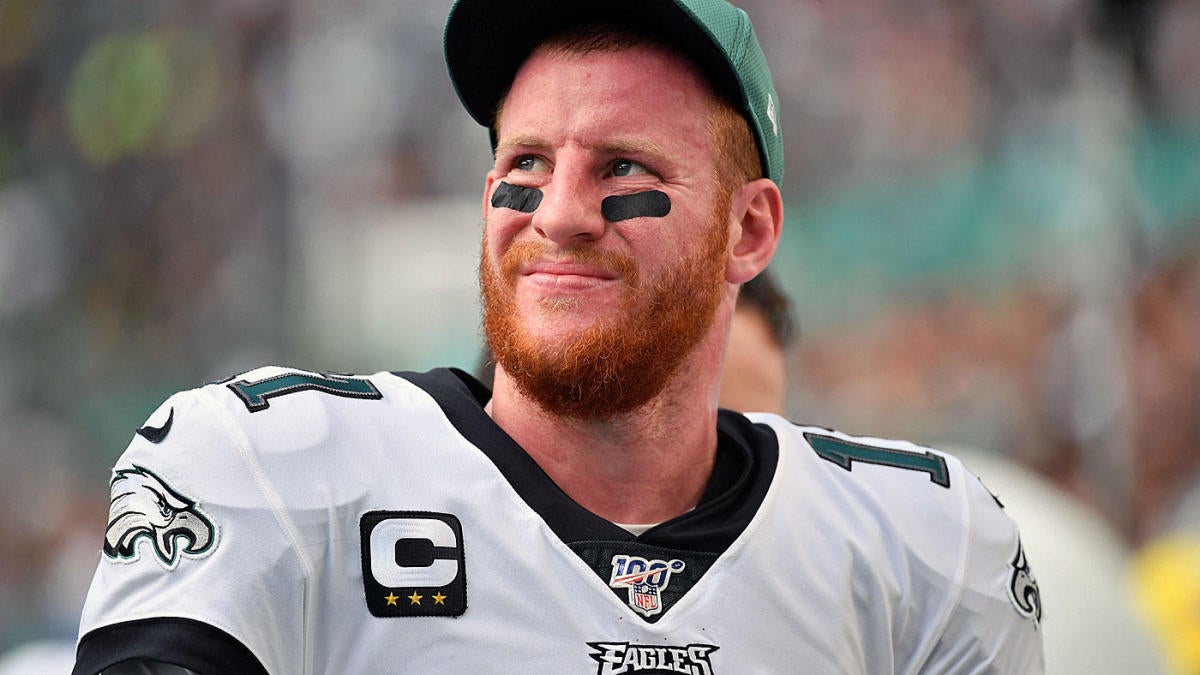 The NFC East is the worst division in football — the Dallas Cowboys lead the division with a 6-7 record after Thursday’s Week 14 loss to the Chicago Bears. The division’s problems go well beyond the Cowboys and their struggles against any team with a .500 record or better — the entire division has just a 10-26 record (.277 win percentage) outside the division — by far the worst in the NFL.

To no surprise, the NFC East is the only division in the NFL that has three teams coming off a loss and two teams with a point differential worse than -100 (the New York Giants and Washington Redskins are just two of four teams in the league that have a point differential of -100 or worse). The NFC East is so bad the Redskins are still mathematically alive for the division title with a 3-9 record.

The NFC East is the only division where each of the four franchises has won at least one Super Bowl, but they have clearly fallen on hard times. The combined record of the division’s four teams is 16-33 (.327 win percentage) — an embarrassing mark for a division that boasts four of the top ten most valuable franchises in the NFL.

Here’s how the NFC East stacks up with the worst divisions of all time:

The 2010 version of the NFC West was something to laugh about in Week 17 as the 6-9 Seahawks faced the 7-8 Rams for the division title, with the Seahawks becoming the first under .500 team to play in the postseason. The “NFC Worst” had the last laugh as the Seahawks defeated the defending Super Bowl champion New Orleans Saints in the NFC wild-card round but still finished two games under .500 as they lost in the divisional round the next week.

The Seahawks had a -97 point differential with a margin of victory of -6.1. The division went 13-27 outside of NFC West opponents, so it wasn’t all doom and gloom for a notoriously bad division in the late 2000s into the turn of the decade.

The 2014 NFC South may be the worst division since realignment, as all four teams went 10-29-1 (.263 win percentage) outside their division, the second-worst in NFL history. The division champion Panthers were 3-8-1 before ending the season on a four-game winning streak. They beat the Atlanta Falcons 34-3 on the road to win the division, then defeated the Arizona Cardinals in the NFC wild-card round (Cardinals were on their third-string quarterback).

All the teams in the division had a negative point differential and the Panthers margin of victory was -2.2.

The 2008 NFC West was trashed because the Cardinals went 6-0 against the division and 3-7 against everyone else, including going 4-0 against the Rams and Seahawks, which had two of the four worst records in the NFL. The Cardinals lost four games by 20-plus points and had a +1 point differential heading into the playoffs. The NFC West went just 10-30 outside the division (.250 win percentage), the worst in NFL history.

The Cardinals pulled off one of the most surprising postseason runs ever, reaching the Super Bowl and hosting the NFC Championship Game as a No. 4 seed. They beat the Eagles to advance to Super Bowl XLIII after losing to them 48-20 on Thanksgiving. Arizona then held the lead in the final minute of the Super Bowl before Pittsburgh Steelers wide receiver Santonio Holmes made one of the greatest catches in Super Bowl history.

Everyone remembers the 2011 Denver Broncos because of Tim Tebow, but they were not a good team that had a -81 point differential and a -5.1 margin of victory in a division that actually went 19-21 outside of it.

The Broncos lost three in a row to “win” the division title as the San Diego Chargers beat the Oakland Raiders on the final day of the regular season to hand the Broncos the division. The hottest team in the division at the end of the year was the Chargers, who went 4-1 in their last five games. Of course, Denver shocked the Pittsburgh Steelers on Tebow’s 75-yard touchdown pass to Demaryius Thomas on the first play of overtime in the AFC wild-card round, only to lose by 35 points to the New England Patriots the next week.

The Chargers were never above .500 in the regular season until they defeated the Indianapolis Colts in the AFC wild-card round, starting with a 4-8 record and defeating the Broncos on the final day of the regular season to win the division (Denver lost three straight to close the year in one of the biggest collapses in NFL history, falling to San Diego 52-21 in Week 17).

San Diego did have a +92 point differential and went 5-1 in the division — handed a division title one year after appearing in the AFC Championship Game and going 14-2 the season prior. The Chargers weren’t a bad team, but the division wasn’t anything to brag about with the 5-11 Raiders and 2-14 Chiefs in it. The division also went just 11-29 against the rest of the NFL, the .275 win percentage being the third-worst in league history