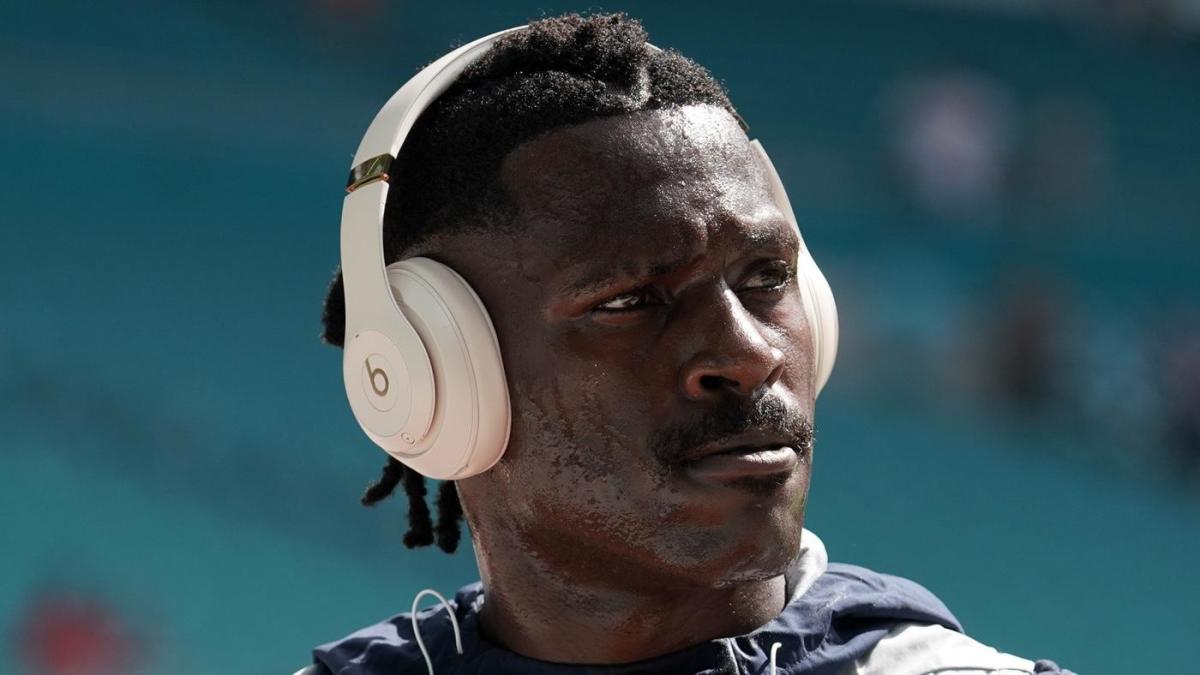 Antonio Brown apologized to fans, family and to his former NFL employers Friday while reinstating his desire to play professional football again.

Brown, who has not played since Week 2, issued the following statement via his Instagram account. Brown was waived by the Patriots after Brown responded to second accusation of sexual misconduct shortly after his former trainer opened a civil lawsuit against him.

“First and foremost, I’d like to apologize to my family, friends and anyone who I offended. I never once meant to make anyone feel like I wasn’t thankful and appreciative of the opportunity that I was afforded to play the game I love. I’ve worked hard over the years to earn a chance to compete in the greatest game on earth.

“Over the years I was met with challenges and I can honestly say I didn’t handle those challenges in the manner that I should have. Over the past few weeks I’ve had the opportunity to think about everything that’s transpired and I am deeply sorry to all who I’ve offended. While my behavior was inexcusable, sometimes when people are coming at you with false information and allegations, we handle ourselves in ways that we sometimes regret. I do take full responsibility for my actions and I’m working everyday to repair what I broke. I do know that if I’m ever given the opportunity to play the game that I love, I’m going to work extremely hard to show the world how much I appreciate another chance.

“To the organizations that I offended, I offer my sincere apology to you and my hope is that you forgive me and help me move on from this minor setback. I look forward to competing and helping a team reach their goals.”

The NFL is currently reviewing whether or not Brown should receive discipline following the allegations made against him in the civil lawsuit. There’s a high possibility that Brown would be placed on the commissioner’s exempt list if and when he is signed by an NFL team.

Brown, 31, has continued training on his own in Florida as he hopes to return to the field again in 2019. He has openly flirted with the possibility of re-joining the Patriots; he posted an image of himself and Patriots quarterback Tom Brady earlier this week. He also posted videos of himself working out in his old Steelers jersey, the team he spent nine seasons with before requesting a trade this past offseason. Brown was ultimately traded to the Raiders, who released him after a tumultuous summer that included his helmet issues with the NFL’s front office and his bazar feet injury.

Earlier this week, CBS Sports NFL Insider Jason La Canfora reported that Patriots owner Robert Kraft is the determining factor with regard to whether or not the Patriots would consider bringing back Brown. La Canfora added that Patriots players would support a reunion with Brown, who caught a touchdown pass during his only game as a Patriot. New England has been dealing with numerous injuries at the receiver position that includes injuries to Julian Edelman, Mohamed Sanu, and Phillip Dorsett.

The 10-2 Patriots will host the 8-4 Chiefs in a rematch of January’s AFC Championship Game this Sunday.