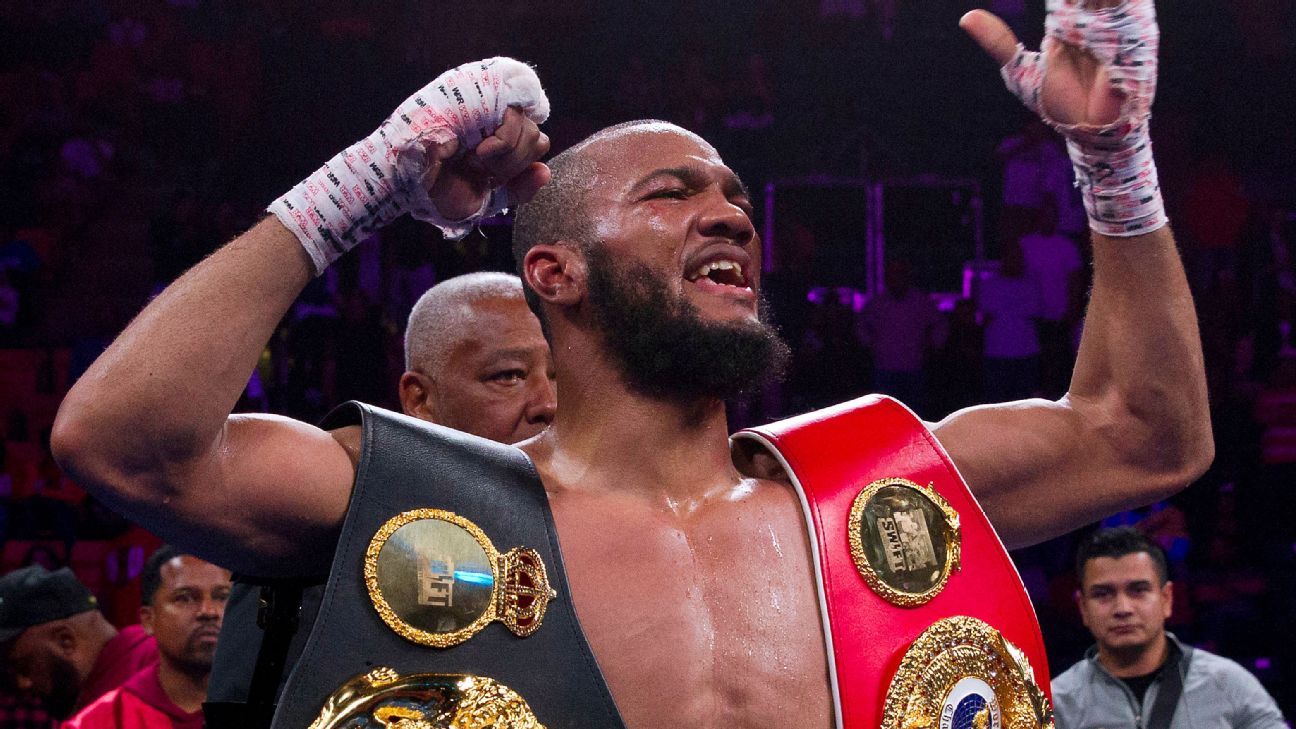 Williams and challenger Jeison Rosario appeared together at the kickoff news conference at Temple University’s Liacouras Center in Williams’ hometown of Philadelphia to discuss their Premier Boxing Champions main event scheduled for Jan. 18 (Fox, 8 p.m. ET) at the arena.

“It took a lot for us to get the title,” Williams said. “We had some bumps in the road. But me and my team, we just kept battling and fighting through. We finally got our breakthrough fight and got the titles, and we wanted to bring the titles right back to Philadelphia. It’s amazing to have this opportunity to come back home and perform in front of my home crowd.”

Williams (27-1-1, 16 KOs), 29, will be making the first defense of the two 154-pound belts he won from Jarrett Hurd by unanimous decision in May in a contender for fight of the year.

The fight with Rosario will be only the third hometown bout of Williams’ career. He made his pro debut at the South Philly Arena in 2010 and fought at the National Guard Armory in 2011, when he was still a six-round preliminary fighter. Now he is generally considered the No. 1 fighter in the junior middleweight division.

“I haven’t actually thought about fight night and what it will feel like,” Williams said. “I can only imagine it will be amazing seeing the people who have watched me fight since I was a teenager. I’m pretty sure as it gets closer to the fight, I’ll start thinking about it and it will give me an extra push in camp.”

Stephen Edwards, Williams’ trainer and manager, has been by his side for years and also is excited about the fight being in Philadelphia.

“We finally made it back home with the title after we had to go on the road to get it,” Edwards said of the fight with Hurd that was in his home region in Fairfax, Virginia. “A lot of people didn’t think we’d come back with it, but Julian took care of business. It was a big deal for us to get a chance to return back home and give our fans who have supported Julian a chance to see him live and in person.”

“I’m excited to have this fight and thankful to Julian Williams for giving me this opportunity of a lifetime,” said Rosario, who has won eight fights in a row. “He’s the best 154-pounder in the world, but we’re coming Jan. 18 to take the titles back home to the Dominican Republic. Philadelphia is known for tough fighters and tough fights, and we’re going to give them more of that on Jan. 18. We’re not going to leave anyone disappointed who watches this fight.

“On Jan. 18, it’s going to be like a ‘Rocky’ movie. We’re going to scrap it out from start to finish. I’m going to end up as the new Rocky in Philadelphia that night.”

Luis Perez, Rosario’s trainer, added, “Williams knows himself how to go to the champion’s hometown as the underdog, and we’re planning to do the same.”

The co-feature between up-and-coming junior lightweight Chris Colbert (13-0, 5 KOs), 23, of Brooklyn, New York, and former world titlist Jezreel Corrales (23-3, 9 KOs), 28, of Panama, was initially announced as a 10-round nontitle bout last week, but on Tuesday organizers said the stakes have been raised. They will now meet in a 12-rounder for a vacant interim 130-pound world title.