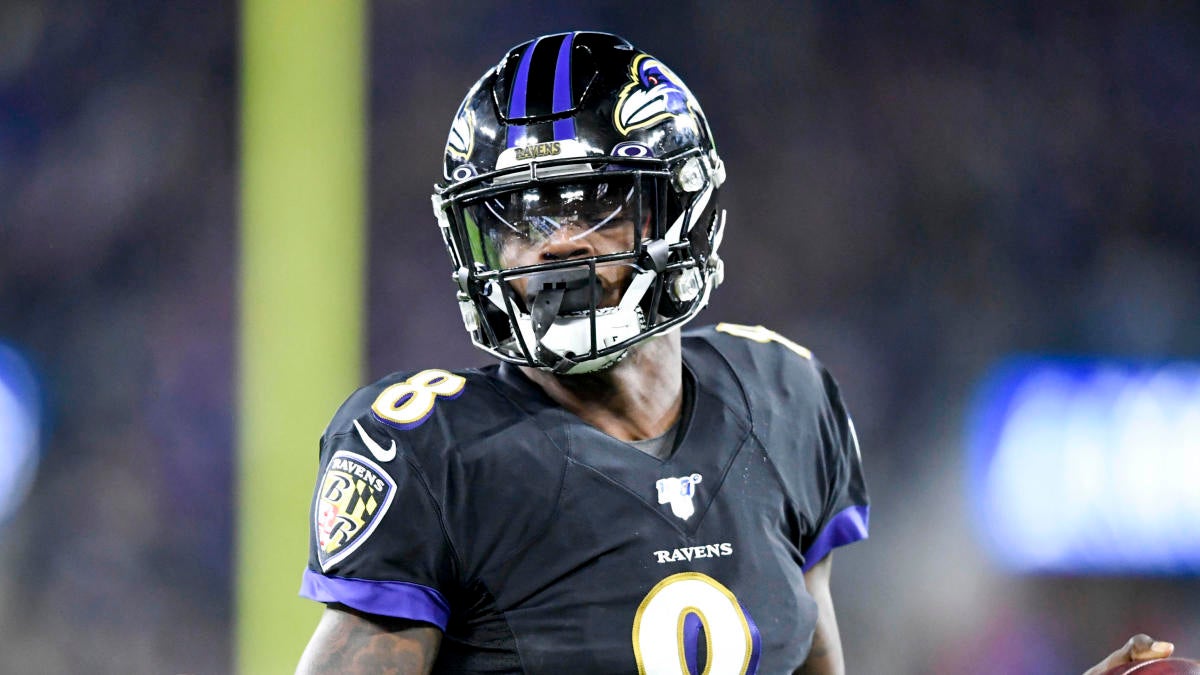 These past two weeks have confirmed what many already knew. The Baltimore Ravens are the best team in the AFC. This isn’t your typical flash in the pan we see from certain teams every year. The Ravens are ready to make a Super Bowl run this season, and are built to be even better in the future.

Lamar Jackson has slowly established himself as the MVP frontrunner. He’s had some incredible performances this season, like against the Cincinnati Bengals in Week 10, when he joined Aaron Rodgers and Joe Montana as the only players in the Super Bowl era to record at least three passing touchdowns, at least one rushing touchdown and a perfect passer rating in a single game with at least 15 completions, according to NFL.com. His five-touchdown game against the Los Angeles Rams took him to another level, however, and six days later, the Ravens faced off against the San Francisco 49ers in a potential Super Bowl preview. This had potential to be a trap game for the high-flying Ravens, especially with it being on a short week in a driving rainstorm, but the Ravens gutted out a 20-17 win to move to 10-2.

So, the Ravens beat the 10-2 49ers, they beat the 10-2 Seattle Seahawks by double digits out west, they blew out the defending NFC Champions on a national stage and beat the defending Super Bowl champion New England Patriots in Week 9. The Ravens currently have a tiebreaker over the Pats because of that win. I know that I’m on the opposite end of this debate when it comes to my colleague Tyler Sullivan, but I believe that this Ravens team presents more of a threat to make the Super Bowl than the Patriots.

Let’s start with the engine that makes the Ravens go: Lamar Jackson. After he was given the reigns to the offense following Joe Flacco’s injury last year, it quickly became clear that he had a future as a starting quarterback in the NFL. Jackson won his first three starts and remained the starting quarterback once Flacco was healthy enough to return. The Ravens finished 10-6, and earned their first AFC North title since 2012.

There was a moment where Jackson came back to earth, however. The rookie struggled mightily against the Los Angeles Chargers in the playoffs last season. The Chargers defense took away the run game, and Jackson struggled to keep the offense afloat with just his arm. The Ravens were shut out in the first half, and Jackson was actually booed by his home fans. The Ravens did mount a comeback in the final quarter, but eventually lost, 23-17. Baltimore recorded just 229 yards of total offense and turned the ball over three times. It was a very anticlimactic end to the year for a quarterback who won six of his first seven regular-season starts, and it was clear that he would have work on his accuracy in the offseason. He not only did that, but head coach John Harbaugh tailored the entire offense around him.

This season through 12 games, Jackson has completed 66.5% of his passes for 2,532 yards, 25 touchdowns and five interceptions. That’s fewer interceptions thrown than Tom Brady, Deshaun Watson, Dak Prescott and Matt Ryan. When I spoke to Ravens tight end Mark Andrews earlier this year, he said that Jackson has thrown him some of the best balls that he has ever caught. It’s clear that he has improved as a passer, which has taken this team to another level. Jackson has also rushed for 977 yards and seven touchdowns, and appears to have fixed his fumbling problem. Last year, he fumbled 12 times and lost four, and this year, he has fumbled just six times and lost only one.

Jackson’s ability to run is Baltimore’s greatest strength on offense. RPOs are more dangerous, read options are more dangerous and play-action plays are more dangerous. There seems to be this underlying question about Jackson’s durability, but I’d argue that he has already proven that his body can take the rigors many others could not. Jackson knows when to dip out of bounds and knows when to seek contact — it’s somehow worked for him. He just looks different than someone like Robert Griffin III, who by the way backs him up and is in his ear about what he should try to do and what situations to avoid.

Just watching the Ravens offense, it’s hard to argue that they do not look like one of the best in the league, and the stats back it up. The Ravens know how to keep drives alive, converting on 69 of 141 third downs. That’s a 48.9% conversion rate, which is second in the NFL behind the Dallas Cowboys (49%). They also like to go for it on fourth down, and have attempted 20 fourth-down conversions, which is the third highest in the league. Of those 20, they have converted a league-high 15. The Ravens have also only turned the ball over 11 times, which is tied for fourth best in the league with the Patriots and the Kansas City Chiefs.

The Ravens have been making their money on the ground, and average a league-high 207.8 rushing yards per game. Who said that the NFL is becoming more and more of a passing league? It’s arguably easier to defend the pass than it is Jackson and all of the running backs that the Ravens roll in and out of the lineup.

Remember how everyone lauded the Patriots’ run game last year? With the backs they have on roster this year, it should be one of the better rushing attacks in the league, but it’s not. New England averages 96.3 rushing yards per game, which ranks No. 21 in the league. Last year, they averaged 127.3 yards per game, which was No. 5 overall. Without that impressive rushing attack, it puts more pressure on Brady to win games with his arm. He’s still a very good quarterback and one of the best to ever do it, but he’s sure not throwing it all over the yard like he used to, nor does he have the supporting cast of years past.

Since the Ravens have scored more points than any other team this year, Jackson hasn’t been put in many situations where he has had to win games with his arm. Baltimore’s rushing attack is so fierce that they can get down the field in a hurry any way Harbaugh chooses. The Ravens wanted to target a No. 1 back in free agency, and they ended up signing Mark Ingram, who spent his first eight seasons with the New Orleans Saints. He has rushed for 837 yards and nine touchdowns this season, and also has caught three more touchdowns. While he’s put up four 100-yard games and is averaging five yards per carry, he’s not the only effective back the Ravens have.

Gus Edwards has rushed for 460 yards and two touchdowns this season, and is also averaging over five yards per carry. Last year, he became the first Baltimore rookie to rush for more than 100 yards in consecutive games since Jamal Lewis did it back in 2000. Additionally, the Ravens selected Justice Hill out of Oklahoma State in the fourth round of last year’s draft. He was the nation’s leading freshman rusher back in 2016, as he rushed for 1,142 yards. He left college early for the NFL, and Harbaugh jumped at the opportunity to add him to his stockpile of backs. He’s still searching for his first NFL touchdown, but has rushed for 144 yards on 38 carries, and Harbaugh has been giving him a few touches in close games.

The running backs aren’t the only talent Jackson has to work with on offense; he also has some big-play pass catchers. Last year, the Ravens’ lead receiver was John Brown, who played in all 16 games and recorded 715 yards and five touchdowns. Mark Andrews is just 22 yards away from passing that mark, and already has two more touchdowns. He’s evolved into one of the best tight ends in the league, and doesn’t serve as Jackson’s security blanket, but as a vertical threat.

First-round pick Marquise Brown is right behind Andrews with 520 receiving yards and six touchdowns. He has proven that he could become one of the quickest receivers in the NFL, and scored two first-quarter touchdowns against the Rams in Week 12. As the Ravens move closer to the postseason, I expect Harbaugh to involve him more consistently in the game plan. The Ravens also scooped up Miles Boykin in the third round of last year’s draft, who Willie Snead compared to his former teammate, Michael Thomas. He’s only made 11 catches for 185 yards and two touchdowns, but has played 62 offensive snaps over the past two weeks. The Ravens should be set for the future when it comes to offensive talent. Andrews and Brown are the leading receivers, and both are under 24 years old.

As for the defense, this unit is No. 9 in the league when it comes to yards allowed per game, No. 6 in rushing yards allowed per game and No. 5 in points allowed per game. That’s pretty incredible for a unit that decided to let Terrell Suggs, Eric Weddle and Za’Darius Smith walk this offseason. Defensive coordinator Wink Martindale has done an outstanding job with this roster, and CBS NFL Insider Jason La Canfora recently broke down how several of the Ravens’ starters were steals for management. Defensive tackle Michael Pierce and fullback/defensive tackle Patrick Ricard are undrafted free agents, linebacker Matt Judon and safety Chuck Clark were drafted in the fifth and sixth rounds and cornerback Marcus Peters was acquired mid-season for a fifth-round pick. In just six games with Baltimore, Peters has recorded 29 combined tackles, five passes defensed, three interceptions and two touchdowns. Another steal appears to be third-round pick Jaylon Ferguson. The Conference USA Defensive Player of the Year in 2018 has put up 21 combined tackles and one sack in 10 games, and has started every matchup since Week 9.

The Patriots’ defense is among the league’s best, no question about that. But right now, I’ll take the Ravens defense. This unit is clearly feeding off  the energy the offense is creating, while it seems like New England’s defense is being hampered by the offense’s inability to put up points. With no Rob Gronkowski, New England is waiting on guys like N’Keal Harry and Jakobi Meyers to take that next step, while the Ravens are hitting on all cylinders with their young guys and just getting better.

The Ravens have the 2019 MVP, they have put up at least 41 points in three out of the last four games and they have young, athletic playmakers on both sides of the ball who are beginning to step up. They are the best team in the AFC this year, and it appears as though they are only going to get better.