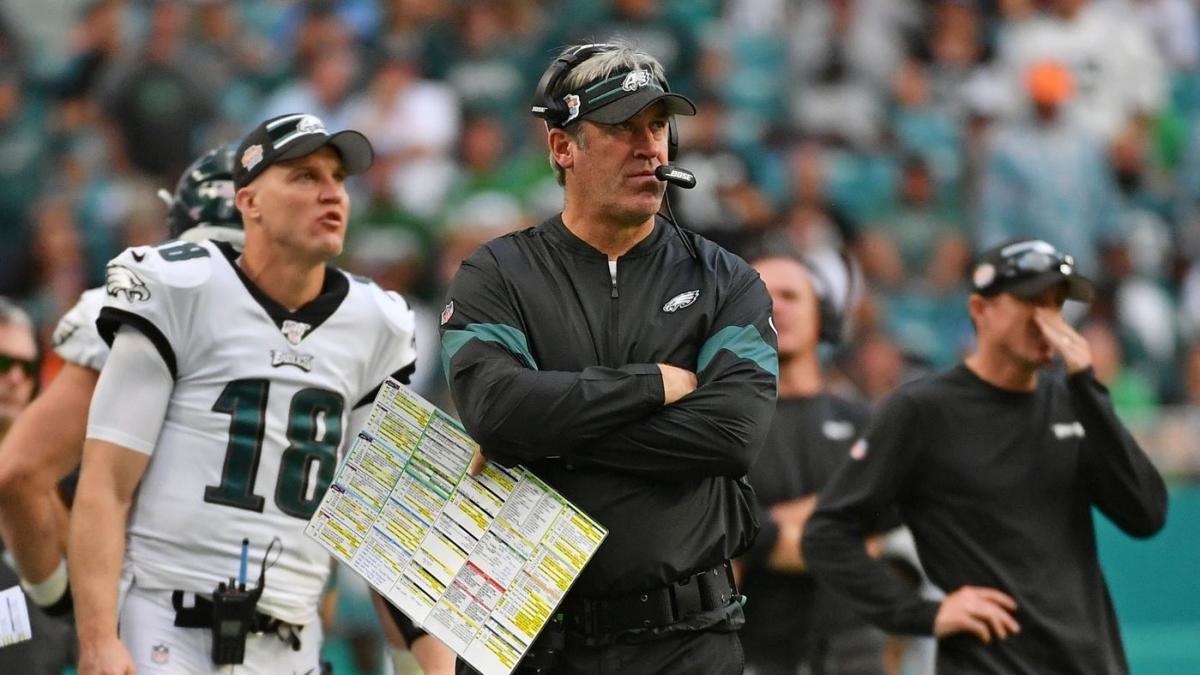 Doug Pederson has a major influence on the Philadelphia Eagles final roster, which has been tinkered with quite a bit over the past several weeks. The Eagles have released players who played a significant amount of snaps at one point this season: Orlando Scandrick, Akeem Spence, Zach Brown and Jordan Matthews being the most notable. Add Mack Hollins to that list.

The Eagles released Hollins Tuesday after he had no catches since Week 5 of the season, despite playing 204 snaps during that stretch. Pederson had kept Hollins over other wide receivers like Greg Ward, who outplayed the 2017 fourth-round pick in the preseason despite not making the final roster.

So is their a discord between Pederson and the Eagles front office, one that has had a fair collaboration over the past three seasons?

“There is not a decision that is made with this roster that (executive vice president and general manager) Howie (Roseman) and I don’t discuss first obviously, whether it’s practice squad, whether it’s active roster, whether it’s to bring a guy in for a workout or whatever it might be,” Pederson said regarding his say in personnel decisions. “We also feel like some of our younger players, J.J. (Arcega-Whiteside), Greg (Ward), have earned or at least deserved an opportunity, and, again, you have to make some tough decisions.

“But it’s because of some discussions that we’ve had here in the past few weeks.”

Hollins had his snap count decrease to 22 since the Eagles returned from their bye week (Week 10), while Ward played 65 snaps in the two games since the Eagles promoted him to the active roster. Arcega-Whiteside, the Eagles’ second-round pick this year, played 80 snaps in that same stretch, leaving Hollins as an afterthought.

The Eagles have had plenty of contributors at one points this season go by the wayside, which has led to a constant changing of the locker room. Pederson’s message has been clear where the Eagles stand after their 5-7 start, with the NFC East still up for grabs.

The Eagles, indeed, still control their own destiny.

“I think that, again, if I stand in front of the team and keep constantly saying that we’re going to make decisions in the best interest of the Philadelphia Eagles and the players that are in the room, then we move on from it,” Pederson said. “We understand that sometimes tough decisions have to be made.

“It’s as much on us as coaches as it is players, and so I look to that as well. We’re responsible for how our players play, and that starts with me. So I hold my coaches accountable first and then obviously it goes down to the players.

“Everybody is on board, everybody on the same page.”