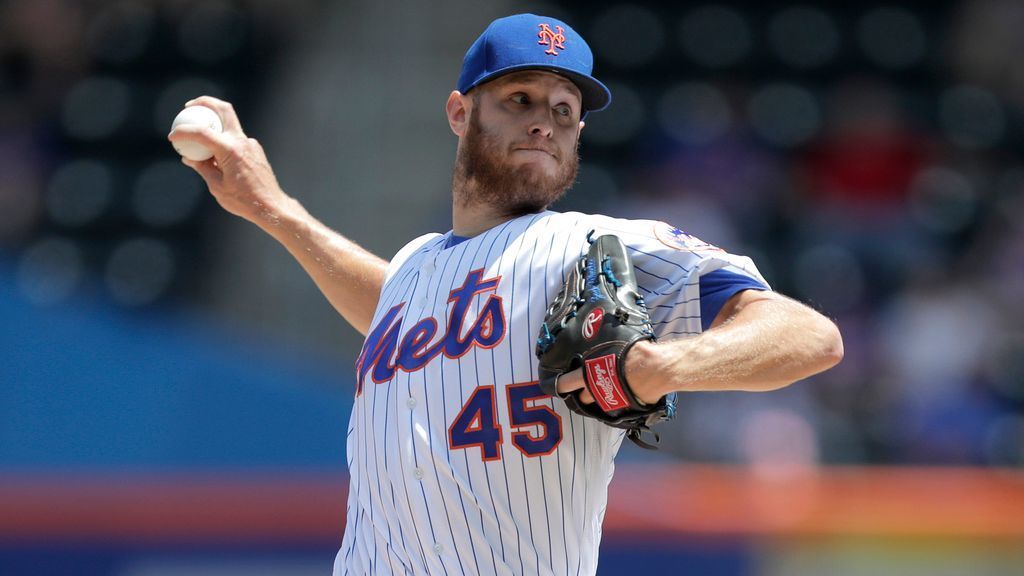 The bidding for right-hander Zack Wheeler continues to progress toward resolution, with the Philadelphia Phillies seen by sources as the most potent bidders — and the Reds, White Sox and Rangers also involved.

Wheeler, 29, is widely viewed in the industry as the best of the second tier of free agent starting pitchers, underneath the mega-expensive Gerrit Cole and Stephen Strasburg. Wheeler had a solid season for the Mets last year, posting a 3.96 ERA, and other teams are pursuing him ardently for the same reasons they did before the trade deadline — he’s young, relative to other free agent starters; he’s been healthy recently, with 60 starts over the last two seasons, and he has plus stuff, with an average fastball velocity of 96.7 mph in 2019, fourth-best in the majors.

According to sources, Wheeler is expected to get a deal of at least five years, and at least $100 million. The Phillies have a need for starting pitching help, and with Jake Arrieta entering the last year of his deal, Philadelphia has big-market budget power and some forthcoming payroll flexibility. Reds owner Bob Castellini has been making a push over the last year to get back to the playoffs, which Cincinnati hasn’t done since 2013, and has already spent big dollars this winter, signing second baseman Mike Moustakas to a four-year, $64 million deal. Similarly, the White Sox have allocated resources to improving in 2020, signing catcher Yasmani Grandal, and their intention is to add two veteran starters to their relatively young rotation. The Rangers, looking to build a contender as they move into a new ballpark in 2020, are looking to add Wheeler to a rotation that already includes Lance Lynn, Mike Minor and the recently signed Kyle Gibson.

It remains to be seen if the Wheeler bidding will play out the way that it did for left-hander Patrick Corbin last winter. Some teams, including the Yankees, expressed a willingness to offer deals of five years, but were reluctant to offer a sixth year — and Washington separated itself from the pack by dangling a six-year, $140 million contract. There seems to be a group of teams prepared to offer Wheeler five-year deals.

There is no indication yet that the Mets are seriously involved in the bidding, after Wheeler declined their qualifying offer of $18 million last month. The Mets will receive draft pick compensation when Wheeler signs with another club. The Mets’ focus has been on improving their bullpen, and finding an upgrade for center field.

Over the last two winters, the free-agent market has played out slowly, with a lot of teams sitting out the early action. But agents report that early in this offseason, the bidding has generally been much aggressive, particularly in the starting pitching market.