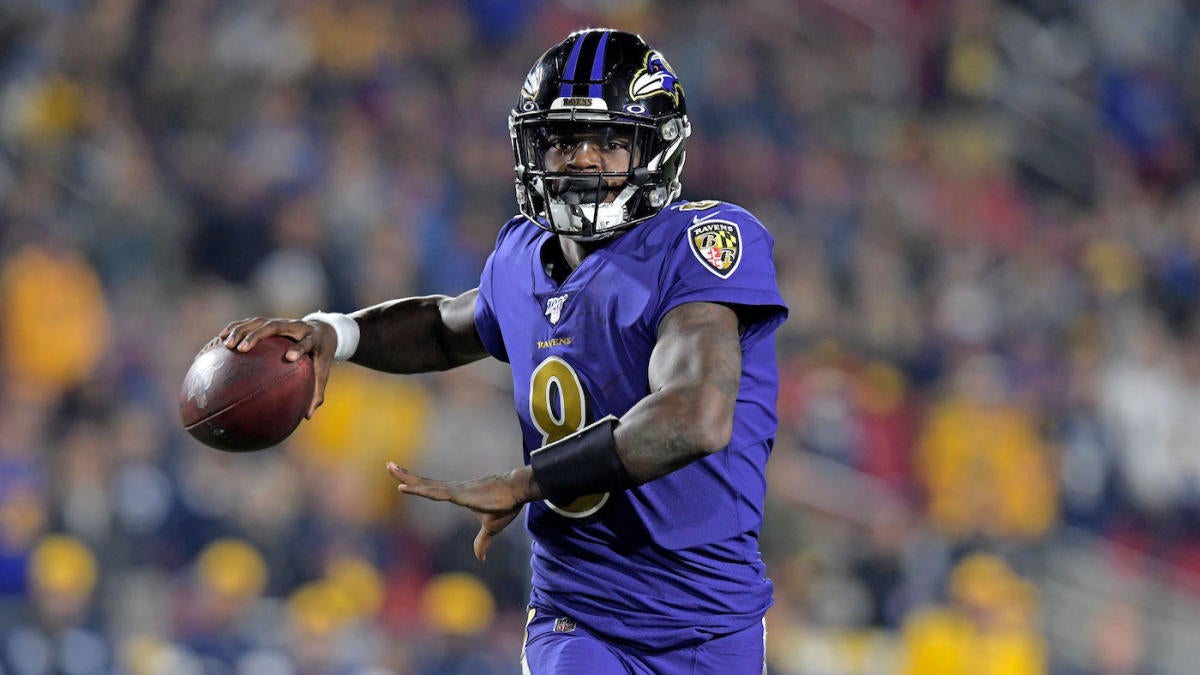 Lamar Jackson has been making NFL history all season, and that will continue this week if he can manage to rush for just 63 yards on Sunday against Bills.

If Jackson hits that number, then he’ll set the NFL record for most rushing yards in a season by a quarterback. The mark is currently held by Michael Vick, who rushed for 1,039 yards in 2006 while playing for the Falcons. The impressive thing about the record is that not only has it stood for more than a decade, but no one has even really come close to breaking it. Over the past 13 years, no quarterback had even hit 900 yards rushing before Jackson got there this year (He has 977 yards going into Week 14).

Jackson was an NFL fan growing up and Vick was his favorite player, so he’s actually kind of excited about breaking the record.

“It’d be an honor,” Jackson said Wednesday, via the Ravens‘ official Twitter account. “Like I said, Mike Vick’s my favorite player. For me to do such a thing, it’s incredible. He had that record for a long time. It would be pretty cool, but I’m focused on the win, regardless.”

Before Jackson came along, the only two quarterbacks who even came remotely close to breaking Vick’s record were Russell Wilson (849 yards in 2014) and Robert Griffin III (815 yards in 2012). However, both those players fell roughly 200 yards short of the mark.

In mid-November, Vick admitted that he thought he was going to hold the record forever.

“I’ll be honest: I didn’t think it would ever be broken,” Vick said, via the Ravens official website. “I didn’t think a guy would come along and play between the tight hashes and do the things that I’ve done, but it’s just a pleasure for me to watch and see another guy just emulating that style — and doing it better.”

The crazy thing about Jackson is that not only will he likely set the record this week, but he’s going to have three more games to pad it. In his first full-year as the Ravens starter, Jackson has morphed into the arguably the most dangerous dual-threat quarterback in NFL history. Not only is he leading the league in quarterback rushing yards, but he also ranks ninth overall in rushing yards among all players. Jackson has also thrown 25 touchdown passes on the season, which ranks second in the NFL.

Jackson has been doing things all season that no other quarterback has ever done, which is a big reason why he’s a front-runner in the MVP conversation right now. Jackson actually set a record during the Ravens’ 20-17 win over the 49ers on Sunday.

In that game, Jackson rushed for 101 yards, which was his fourth game this season with 100 yards or more on the ground. That broke the record for most 100-yard games by a quarterback in a single-season, a mark that he had been sharing with Vick and Wilson.

Here’s a look at the top-10 single-season rushing performances by a QB in NFL history.

One thing to note is that Douglass hit his total during a 14-game season, and he actually holds the record for rushing yards per game in a single-season (69.4). Jackson is also currently on pace to break that record as he’s averaging 81.4 yards per game through 13 weeks.