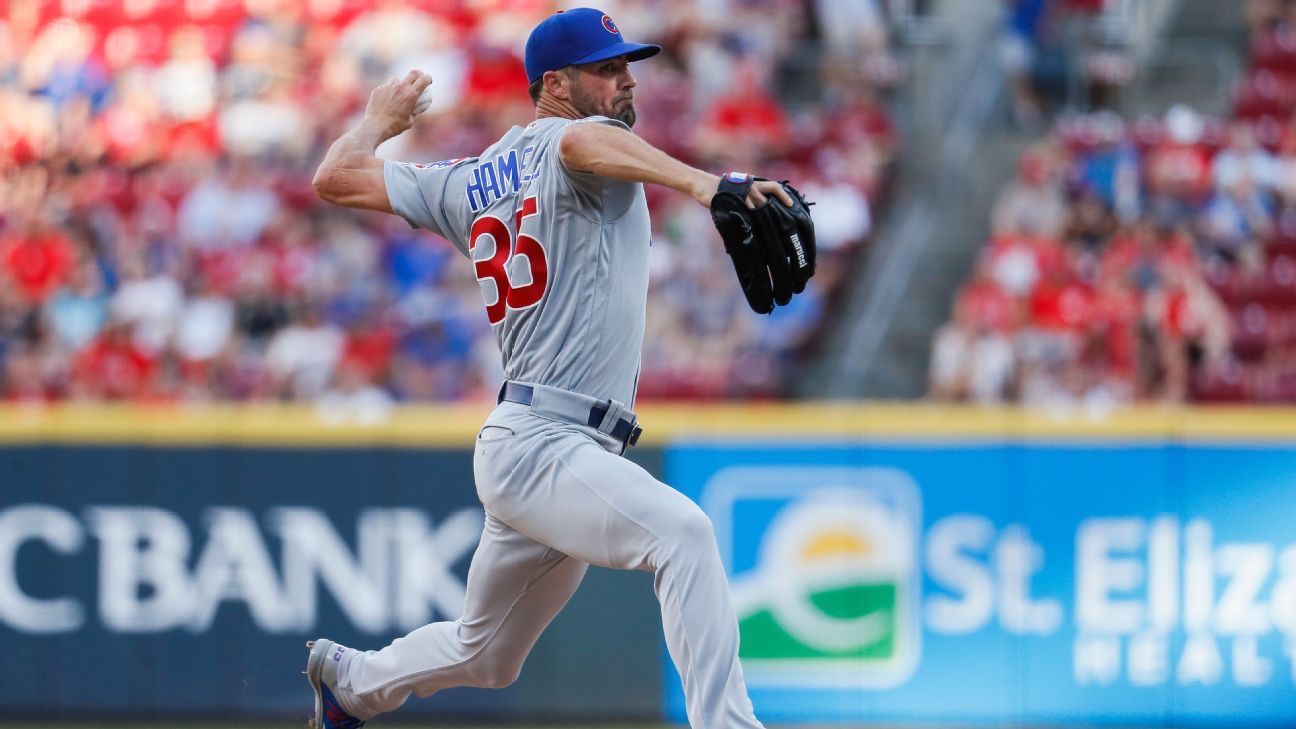 Hamels joins a Braves rotation fronted by Mike Soroka and including Max Fried and Mike Foltynewicz. Two other members of the Braves’ 2019 rotation are free agents — right-hander Julio Teheran, after Atlanta declined his 2020 option, and left-hander Dallas Keuchel.

When healthy, Hamels was as good as anyone in the National League last season, but he was plagued by injuries. Before an oblique strain sent him to the injured list, his ERA hovered under 3.00 for the Chicago Cubs. In 10 starts for the Cubs after returning, Hamels compiled a 5.79 ERA. He was never the same, mostly because of his mechanics.

“Trying to correct things while I built up the arm strength was a recipe for disaster,” said Hamels, a four-time All-Star selection who will turn 36 on Dec. 27.

Even after the Cubs were out of the playoff race, Hamels wanted to take the mound to show teams he was healthy.

“This is the first time I’m going into free agency, and I don’t want that in the back of teams’ heads, how I finished,” he said.

When healthy, Hamels spotted his fastball exactly where he wanted to in 2019, setting up his devastating changeup as his out pitch. His cutter also proved to be a solid second weapon to help him generate more ground balls. Early on, he put together a string of 22 consecutive innings pitched without issuing a walk. But that control was lost after his injury — he walked 21 in his final 42 innings in 2019.

He has never been given a qualifying offer, so the Braves have the option of doing that after the 2020 season and getting a draft pick if Hamels opts not to return in 2021.

For his career, Hamels is 163-121 with a 3.42 ERA and 2,558 strikeouts, and he ranks seventh among active pitchers for wins. He was the MVP of the 2008 World Series and NL Championship Series for the Philadelphia Phillies, with whom he entered the majors in 2006 and spent the first nine-plus seasons of his career before being traded to the Texas Rangers in 2015.

ESPN’s Jesse Rogers and Keith Law contributed to this report.