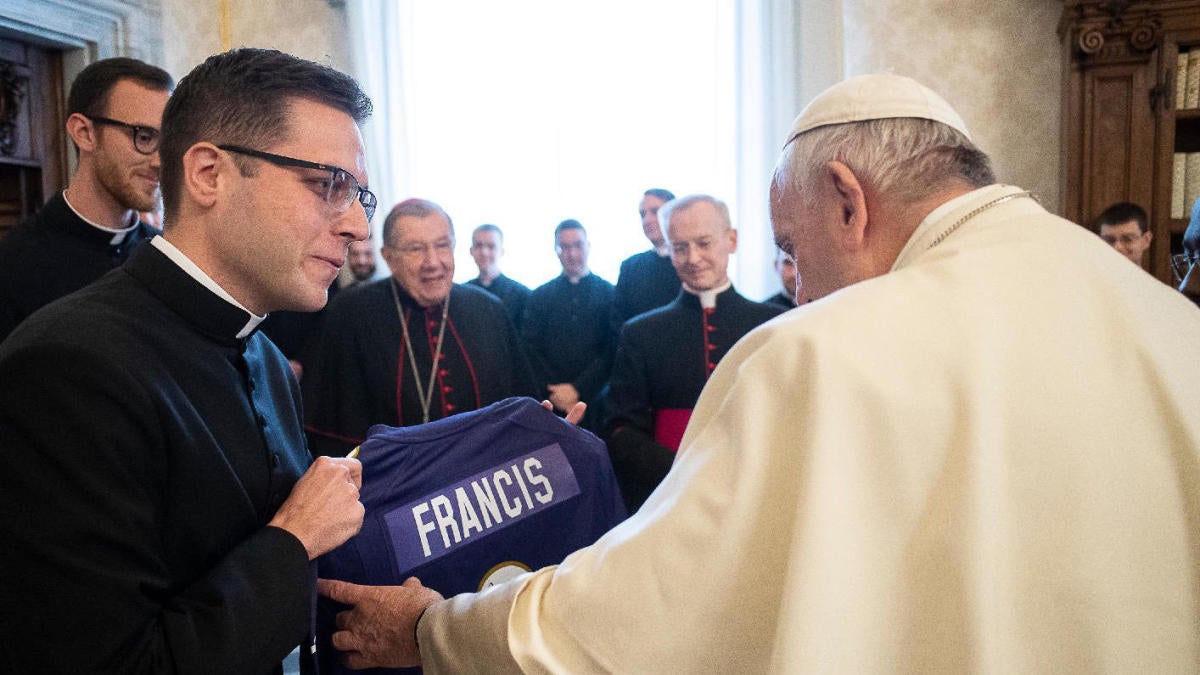 The Roman Catholic Archdiocese of Baltimore is in Rome to visit Pope Francis, and the Archbishop of Baltimore, William Edward Lori, brought along a gift from the city. A custom “Francis” Baltimore Ravens jersey made the trip to Italy and was presented to Pope Francis on Wednesday.

The No. 8 jersey was signed by Ravens quarterback Lamar Jackson and head coach John Harbaugh.

The team tweeted out photos of the Pope accepting the gift, captioning it, “#Blessed.”

The Ravens have already #blessed with many aspects of their season this year and have continued to make their case as Super Bowl favorites with statement wins and a quarterback who is a double threat.

With a New England Patriots loss on Sunday night and a Baltimore win earlier in the day, the 10-2 Ravens moved up to the top spot in the AFC and own the tie-breaker over the 10-2 Patriots.

Jackson is having an MVP type of year and put up 101 yards rushing, one touchdown on the ground and one touchdown in the air against the San Francisco 49ers, one of the league’s best defenses.

Now the team has blessing from the Pope, though Pope Francis did not say whether his NFL alliance is with this AFC North team.

Baltimore looks to keep their top spot as they face the Buffalo Bills at New Era Field on Sunday.