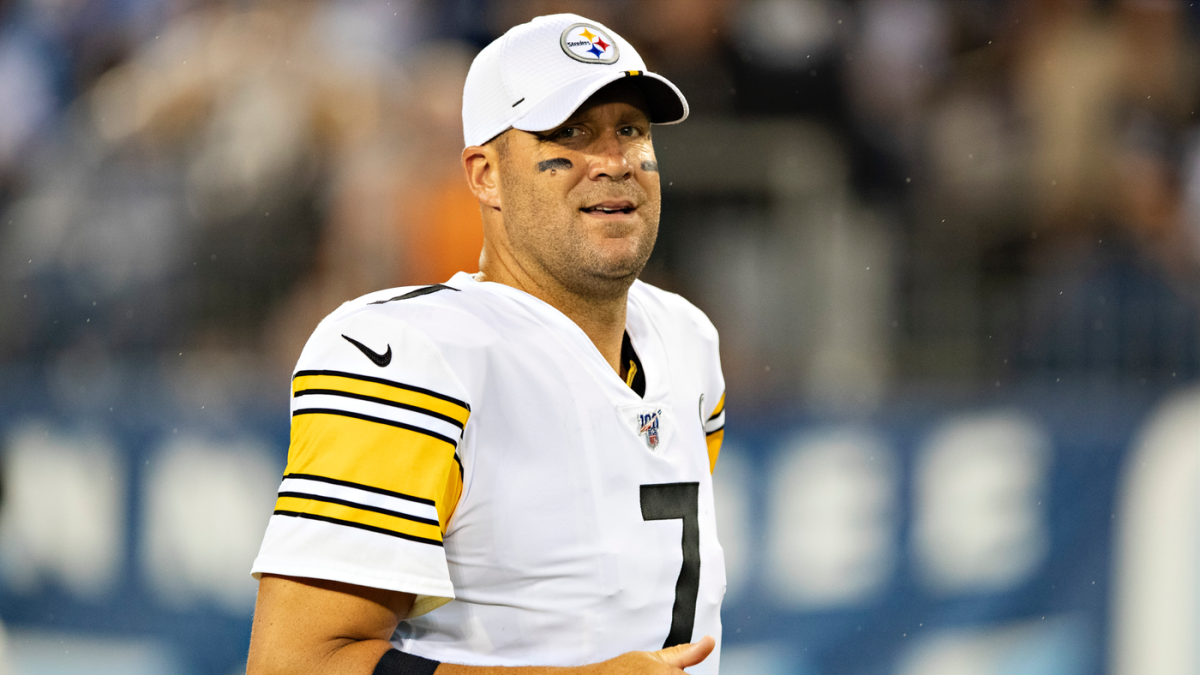 Determining the highest-paid NFL players in a particular year isn’t a simple endeavor, as NFL contracts are more intricate than those in the NBA and MLB. Front-loading contracts is more of a necessity because the deals aren’t fully guaranteed, and this practice leads to variance among the highest-paid football players on a year-to-year basis. For example, Packers quarterback Aaron Rodgers was 2018’s highest-paid player making $66.9 million primarily because of a $57.5 million signing bonus. His 2019 compensation is $15 million.

Unlike most teams, the Packers routinely pay signing bonuses, regardless of the amount, in the same calendar year as signing. Typically, when a player has a large signing bonus or roster bonus in his contract, he doesn’t receive a portion of the money until the next calendar year.

Salary deferrals have been standard operating procedure for quite some time with the most lucrative NFL contracts. The seven-year, $98 million contract Peyton Manning signed with the Colts in March 2004 included a then-NFL record $34.5 million signing bonus. $18.5 million of the $34.5 million wasn’t paid to Manning until March 2005.

The chart below contains notable salary deferrals of contracts signed in 2019.

Large signing bonuses are usually broken into two to four installments rather than paid in a lump sum regardless of whether all of the money is received in the same calendar year the deal was made. Wilson’s signing bonus is indicative of the typical payment schedule. $10 million was payable a couple of weeks after he signed. He received $10 million on June 15 and July 15. The final $35 million is paid next April.

Below are the 15 highest-paid NFL players for 2019. The only money taken into consideration is from NFL player contracts and is before taxes (i.e., gross income).

Roethlisberger claims the top spot largely because he is getting $32.5 million of his $37.5 million signing bonus from the two-year, $68 million contract extension he signed shortly before late April’s NFL draft during this calendar year. The 37-year-old’s season was cut short after two games because on a right elbow injury requiring surgery.

Wilson reset the NFL pay scale in April when he signed a four-year, $140 million extension (worth up to $146 million through salary escalators), averaging $35 million per year. The deal had a league-record $107 million of overall guarantees, which has subsequently been eclipsed by Rams quarterback Jared Goff and Eagles quarterback Carson Wentz. Wilson’s $65 million signing bonus is the largest ever for an NFL player. He isn’t 2019’s highest-paid player because more than half of his signing bonus is deferred to next April (see chart above). The deferral ensures that Wilson will also be one of 2020’s highest-paid players.

The NFL’s first $30 million per year player has a high place on the list largely thanks to his $46.5 million signing bonus in the five-year, $150 million extension he signed in 2018 having $23.25 million payable this past April. Ryan was also the first NFL player to sign a deal with $100 million in overall guarantees. His $94.5 million fully guaranteed at signing is still an NFL best, although he is now the league’s sixth-highest-paid player by average yearly salary.

Donald is the founding member of the $20 million per year non-quarterback club. The two-time reigning NFL Defensive Player of the Year signed a six-year, $135 million extension averaging $22.5 million per year at the end of preseason last year. The deal’s $86.892 million of overall guarantees established a new standard for non-quarterbacks. $40 million of the guarantees came via signing bonus, and as a result Donald tied then Ravens quarterback Joe Flacco for the fourth-biggest signing bonus ever when his contract was done. $25 million of the signing bonus wasn’t payable until the end of this past March.

Lawrence, who was designated as a franchise player for a second year in a row, signed a five-year, $105 million contract in April to become the NFL’s third $20 million per year non-quarterback. He has $65 million in guarantees, with $48 million fully guaranteed at signing. A $25 million signing bonus is a part of Lawrence’s guaranteed money. None of the signing bonus is deferred into 2020.

Flowers had ideal free agency circumstances this year. The best potentially available edge rushers (Frank Clark, Jadeveon Clowney, Dee Ford and Lawrence) were given franchise tags. Two teams familiar with Flowers because of Patriots connections, the Dolphins and Lions, competed to sign him. The competition led to Flowers getting a five-year, $90 million contract with $56 million in guarantees. Out of the $40 million fully guaranteed, $28.07 million was in a signing bonus. Flowers received all of his signing bonus by the middle of September.

The 49ers took a calculated risk with the five-year, $137.5 million contract given to Garoppolo in February 2018. All it took was five impressive starts at the end of 2017 following a midseason trade from the Patriots for Garoppolo to briefly become the NFL’s highest-paid player at $27.5 million per year. The 49ers did something unique with Garoppolo’s contract because of an abundance of salary cap room, as the deal was structured with an unusually large $37 million 2018 cap number (the first year). The bulk of this cap number came from a $28 million third day of the 2018 league year roster bonus in which $10 million was deferred to this past February.

After playing the franchise tag game to perfection with the Redskins in 2016 and 2017, Cousins broke new ground with the NFL’s first lucrative fully-guaranteed veteran contract during free agency for $84 million over three years. Cousins’ deal is worth up to $90 million with incentives. The contract also contains language preventing Minnesota from designating Cousins as a transition player in 2021. He has the league’s largest 2019 base salary ($27.5 million) by a considerable margin.

Cousins opted for a shorter contract than most quarterbacks sign, as most lucrative quarterback contracts are at least four years in length. Cousins is in excellent position to take advantage of changing market conditions sooner than with the typical quarterback deal. If the Vikings want to keep Cousins long term, he will be given an extension before the 2020 season starts. A franchise tag in 2021, Cousins’ third such tag, would be $44.64 million. Without an extension, Cousins is set to hit the open market in 2021 when a new collective bargaining agreement should be in place, which could be more favorable to players than the current labor agreement.

The six-year, $141 million extension containing $90 million of guarantees Mack signed as a part of his trade to the Bears during Labor Day weekend in 2018 is the standard for non-quarterbacks. Mack’s $60 million fully guaranteed at signing established a new record for non-quarterbacks as well as one for average yearly salary at $23.5 million. The 2016 Defensive Player of the Year’s $90 million was the fourth-most overall guarantees ever in an NFL contract when the deal was signed.

Foles got the top quarterback contract in this year’s free agency, signing a four-year, $88 million contract with $50.125 million of guarantees, and incentives make the deal worth as much as $102 million. A broken left clavicle in the first quarter of the season opener against the Chiefs landed Foles on injured reserve for eight games, and going on injured reserve cost Foles $250,000 because he has $500,000 in game day active roster bonuses annually. The $31,250 per game amount is only payable if Foles is on the 46-man active roster for that particular game. The Super Bowl LII MVP just lost his starting job to 2019 sixth-round pick Gardner Minshew due to poor play after his return to action.

Should Minshew prove to be the answer at quarterback, it will be too cost-prohibitive for the Jaguars to release Foles in 2020. Foles’s $15.125 million 2020 base salary was fully guaranteed at signing while $5 million of the 2021 base salary becomes fully guaranteed on the third day of the 2020 league year (next March 20). His $25 million signing bonus is being prorated on the salary cap for $6.25 million annually through 2022. There isn’t any post-June 1 treatment cap treatment for trades or releases during the last CBA year of 2020. This means the Jaguars would have a cap charge of at least $33.875 million by cutting Foles whether it happened in March or July.

Brees gave the Saints a financial break for the first time in numerous contract dealings with the franchise in 2018. There’s a good chance he could have become the NFL’s first $30 million per year player on a short-term deal with a willingness to exploit his leverage. Instead, he signed a two-year deal worth $50 million. There has been some speculation that Brees, 40, could retire after the season, especially if the Saints win the Super Bowl; he hasn’t given an indication either way on continuing to play but has acknowledged he is taking a year-by-year approach to his career.

Bosa is the only rookie on the list. As 2019’s second-overall pick, he signed a fully-guaranteed four year deal for $33,551,866, which included a $22,421,356 signing bonus. The signing bonus was payable in a lump sum within three weeks of inking the deal.

Watkins was the biggest beneficiary of wide receiver salaries unexpectedly exploding during 2018 free agency. He received a three-year, $48 million contract with $30 million fully guaranteed after drawing considerable interest from teams despite performances more consistent with a No. 2 wide receiver than a primary receiving threat. Half of Watkins’ $21 million signing bonus wasn’t paid until this past April.

Smith’s acquisition is a product of second-year Packers general manager Brian Gutekunst being much more aggressive in free agency than his predecessor Ted Thompson ever was. Green Bay’s veteran contracts typically have a vanilla structure, where the only true guaranteed money is a signing bonus. Smith will get the final $5 million of his $20 million signing bonus later this month. The lone exception to the policy has been quarterback Aaron Rodgers, whose contracts have had salary guarantees. Smith’s $9 million and $5 million third day of the league year roster bonuses in 2020 and 2021 are supposed to be substitutes for additional contract guarantees. If Smith had signed with practically any other team, his overall guarantees would have likely been in the $40 million neighborhood. Salary escalators make the maximum value of the deal $68.75 million.

Thomas fracturing his left leg for the second time in three years early last season didn’t prevent him from becoming the NFL’s third-highest-paid safety by average yearly salary, although his 30th birthday was on the horizon when he landed his deal with Baltimore. He has since dropped a spot to fourth. The five-time All-Pro’s $32 million is the second-most ever fully guaranteed in a safety contract.