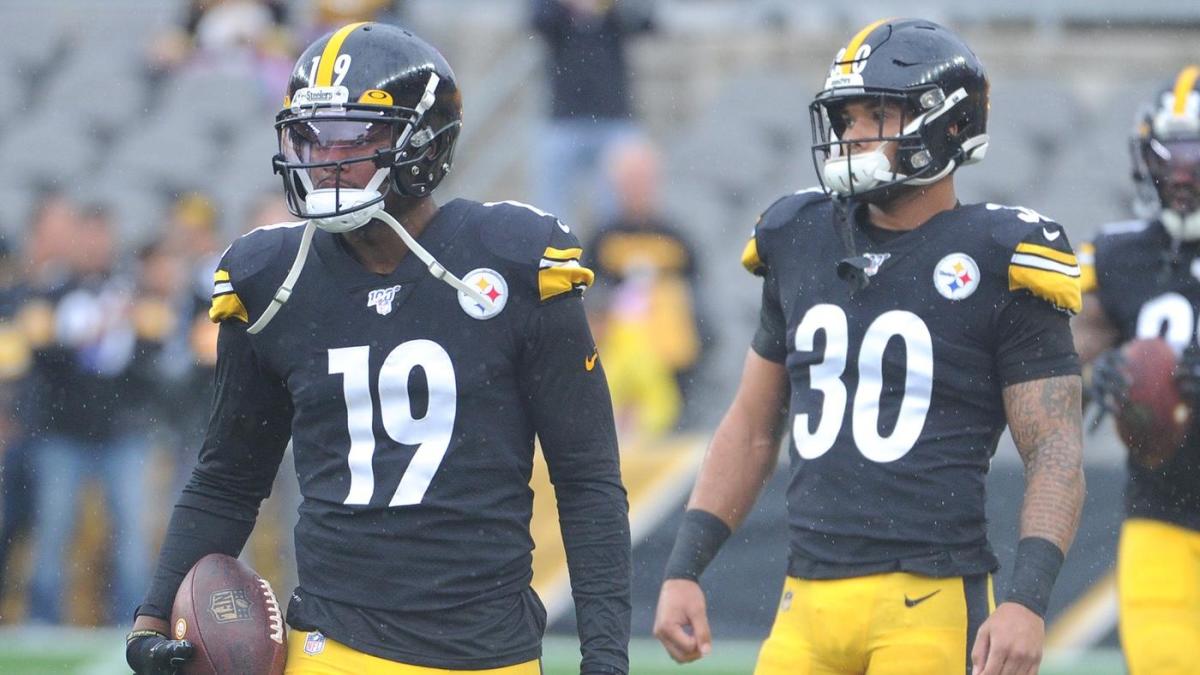 Steelers head coach Mike Tomlin characterized both James Conner and JuJu Smith-Schuster as questionable for Sunday’s road game against the Cardinals. A shoulder injury has kept Conner on the shelf for Pittsburgh’s last two games, while a concussion and a knee injury has sidelined Smith-Schuster for the same period of time.

Tomlin was asked about both players Tuesday during his weekly press conference. Despite not having either player over the past two weeks, the Steelers managed to beat AFC North rivals Cincinnati and Cleveland to improve to 7-5 on the season. Pittsburgh is currently hanging onto the sixth seed in the AFC playoff picture.

“They have some work in front of them in terms of rehabilitation and maybe practice participation,” Tomlin said, via Jacob Klinger of PennLive.com. “We’ll see where all of that leads.

“I really just don’t have an indication of what that might be as I sit here today.”

Tomlin added that, while he doesn’t have a lot of clarity about the status of either player, he believes that Conner has a better chance at practicing on Wednesday than Smith-Schuster, who continues to deal with his lingering knee injury. With Smith-Schuster out, the Steelers’ passing attack has relied more on James Washington, who has answered the call by catching seven passes for 209 yards and two touchdowns in Pittsburgh’s last two games. During that span, Washington, the Steelers’ leading receiver, has pulled down receptions of 79, 44, 31 and 30 yards while gaining a quick rapport with hunting buddy Devlin “Duck” Hodges, who Tomlin officially named as Pittsburgh’s starting quarterback for Sunday’s game.

This season has provided its challenges for both Conner and Smith-Schuster, two members of Pittsburgh’s 2017 draft class that earned their first Pro Bowl selections last season. While he is still the Steelers’ leading rusher, Conner has recorded just one 100-yard rushing performance this season and is averaging just 3.8 yards per carry, well below his career average of 3.8 yards per carry. One reason for Conner’s dip in production is the injury to fullback Rosie Nix, who has missed most of the season with a knee injury. Nix, a Pro Bowler in 2017, played a significant role in Conner’s success last year and the success Le’Veon Bell the previous two seasons. While Conner appears to thrive with a fullback, Snell appears to have more success out of the single-back formation.

Smith-Schuster, a year after leading the Steelers with 111 receptions for 1,426 yards, has caught 38 passes for 524 yards and three touchdowns. While injuries have hindered his production, Smith-Schuster has also struggled with the extra attention he has received from opposing defenses as Pittsburgh’s No. 1 receiver. He also hasn’t established a rapport with either Hodges or Mason Rudolph following Ben Roethlisberger’s season-ending elbow injury two weeks into the season.

On Sunday, Pittsburgh’s offense will face a Cardinals defense that is 31st in scoring, 32nd against the pass and 24th against the run. They are also 31st in third-down efficiency, as opponents are converting on 47.2 percent of their third-down opportunities. Conversely, the Steelers’ offense is 25th in the league in third-down efficiency and 32nd in red zone efficiency, two things that will likely need to improve if the Steelers want to have success during the final month of the regular season.