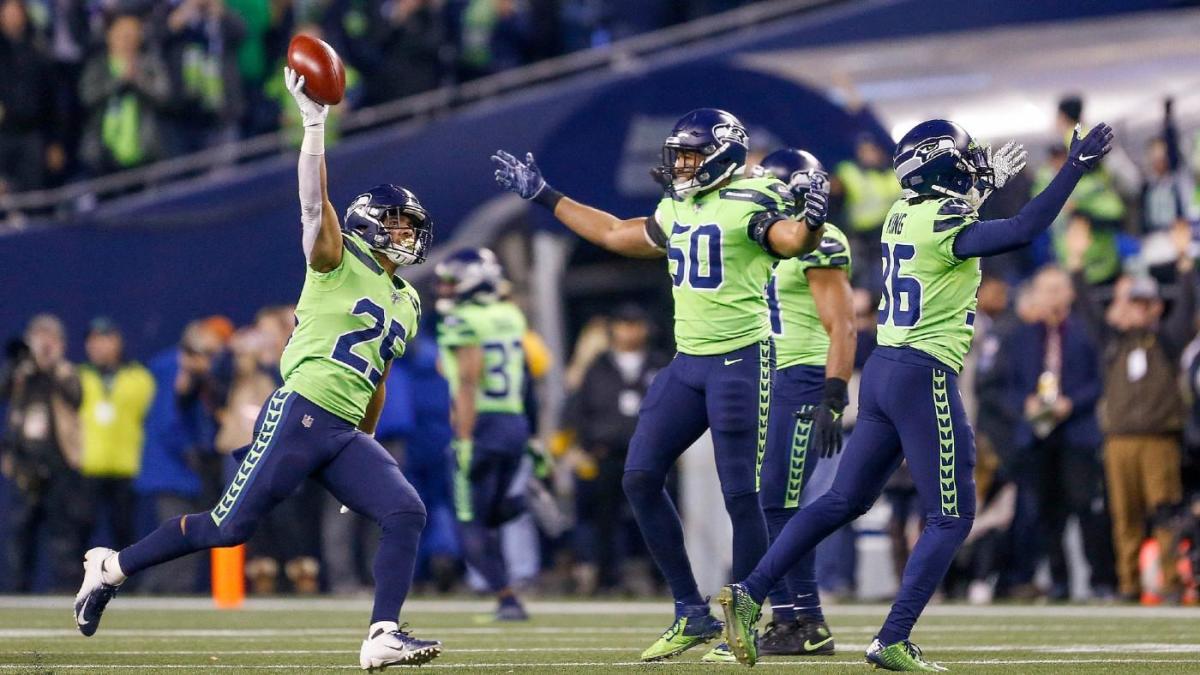 SEATTLE — Assigned to Stefon Diggs at the start of the fourth quarter, Seattle cornerback Tre Flowers broke on the route and blanketed himself around the Minnesota receiver as Kirk Cousins‘ pass arrived. Diggs bobbled it for a moment and, as it hung in the air between the men, Flowers snatched it, rolled onto his side while staying in bounds upon impact and secured his third interception of the season.

It was an improbable play, one where ball skills and concentration marry at the exact moment needed for a game-shifting play in Vikings territory. After the game, Flowers won’t say it was luck but instead a collection of factors.

“Trying to catch my daughter with little sudden movements,” Flowers, the father of an almost-3-year-old, says. “Russ throwing the ball to me [in practice]. Concentrating. I give everybody credit on that.”

Blink and you’ll miss it, but this Seahawks defense is as opportunistic as any in the league. The 27 takeaways, including three in Monday night’s 37-30 victory against the Vikings, are good for third in the league and just three off the pace of the top-ranked Patriots. In the past three games, Seattle has produced 11 takeaways.

For Flowers and many men in the room I spoke with after the game, the emphasis placed on taking the ball away by the coaching staff has been there all season. It’s turned the heads of newcomers to this team and gotten the offense involved in some healthy competitions on specific days in practice.

A little more than a month ago, Seattle’s defensive backs began warming up with the Seahawk quarterbacks. That’s what Flowers is referring to when he says Russell Wilson‘s practice balls have him better prepared for intercepting the ball in Year 2.

“They’re getting their hands right,” backup quarterback Geno Smith tells me. “Tre and those guys I think it’s helping out a lot because rarely do they ever catch passes from the actual quarterback. Usually they’re getting it from the coach or the JUGS (machine), but when you actually get to feel the ball coming from the quarterback I think it helps them out a bunch. Whatever we can do to help, that’s what we try to do.”

“Around here I would say the biggest difference from any team I’ve been on is the competition factor,” says Smith, who’s played on the Jets, Giants and Chargers since entering the league in 2013. “They really preach competition week in and week out. We’re competing in practice each week like it’s training camp. It keeps guys motivated and keeps morale high and spirits high. Every day is like a game. When you practice like that you usually play like that.”

Gone and never coming back are the Legion of Boom days. But outside of the 2013 season where the legendary Seahawks defense finished first in the league in takeaways, this is the only Seattle defense that has been in the top-three in turnovers in the league. In fact, Seattle hadn’t cracked the top 10 since that 2013 season.

In fact, the bulk of Seattle’s takeaways this season have been via forced fumble. Seattle has recovered 16 fumbles this season, including two recoveries on three Vikings fumbles Monday night.

Defensive tackle Rasheem Green forced his third fumble of the season (and second in consecutive games) when he dislodged the ball from Dalvin Cook‘s grasp that Bradley McDougald recovered. That ultimately led to a field goal in the third quarter to give Seattle its first lead of the game.

Jadeveon Clowney forced Cook’s first fumble that was recovered by the Vikings, but the defensive end has been on a tear in Seattle despite missing time with (and playing through) a core muscle injury. Clowney has four forced fumbles in 11 games this season after having four forced fumbles in his previous five years with the Houston Texans.

It’s not by coincidence.

“They coach taking the ball away here. I got here and I’m like, ‘What in the world?’ In practice, this whole team in my first week, I’ve never seen so many guys punching at the ball. ‘Damn, that’s just something that ya’ll do?’ They were like yeah. So it started rubbing off on me.

“Every time I get a chance to see that ball carrier, the first thing I want to do is punch at that ball, and it’s from doing it so much at practice and it becomes second (nature). That’s what we do.”

To be sure, this isn’t an all-around great defense by any means. The defense still ranks in the bottom-third of the league in total yards, points, first downs, passing yards and rushing touchdowns. However, the addition of hard-hitting safety Quandre Diggs in the backend has been the team’s “missing piece,” according to McDougald, and talk of any team running the ball on the league’s eighth-best run defense is “over with,” per Clowney.

But it all comes back to takeaways with this group. And with the constants of Wilson’s MVP-caliber play and this rushing attack, the defense’s continued ability to force turnovers will be keep in staying atop its perch in the NFC West and getting past the divisional round of the playoffs for the first time in five years.

“We’re hawking the ball, and it’s coming out and we’re getting some shots at it,” head coach Pete Carroll said. “We need to keep riding that.”