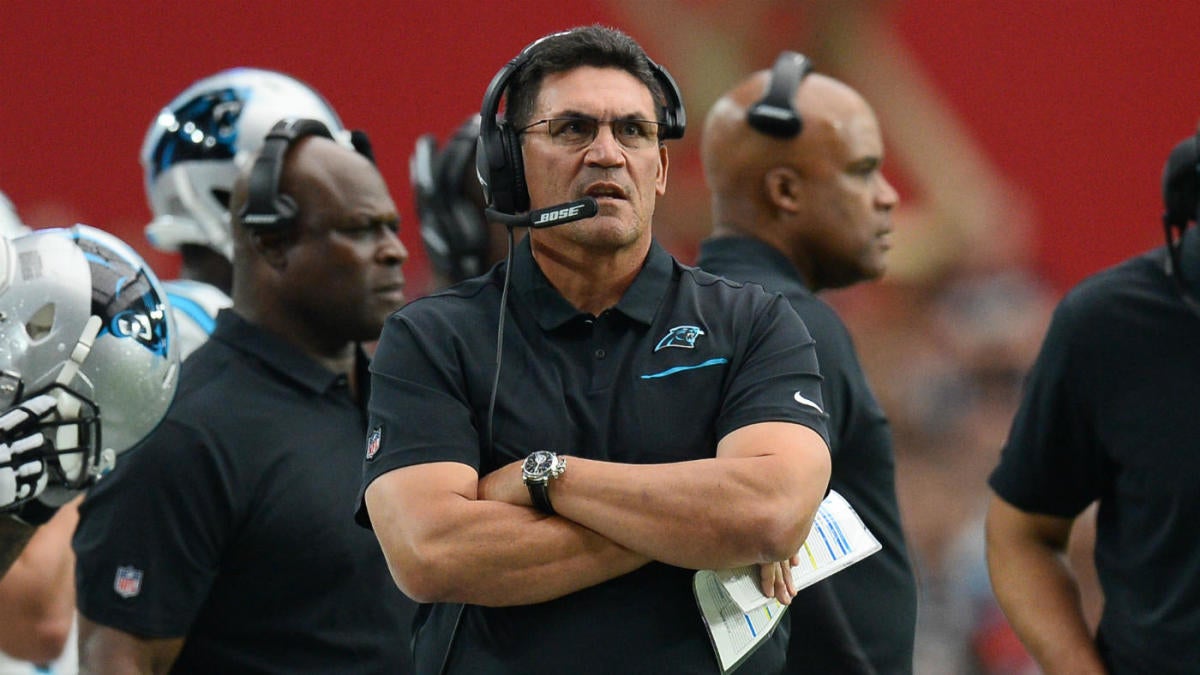 The Carolina Panthers have announced the firing of head coach Ron Rivera. The Panthers elected to make the move coming off a disappointing 29-21 defeat at the hands of the Washington Redskins Sunday. Secondary coach Perry Fewell has been named the interim head coach while offensive coordinator Norv Turner will transition to special assistant to the head coach, and quarterbacks coach Scott Turner will serve as offensive coordinator.

“I believe this is the best decision for the long-term success of our team,” owner David Tepper said in a statement.

“I have a great deal of respect for Ron and the contributions he has made to this franchise and to this community. I wish him the best. I will immediately begin the search for the next head coach of the Carolina Panthers.”

According to NFL Media’s Tiffany Blackmon, the coaching staff was in ‘complete shock’ that a change was made today. They were amidst preparation for their upcoming game against the Falcons and carrying on with business as usual.

Will Brinson and the Pick Six Podcast Superfriends are here with an emergency podcast to break down the Ron Rivera firing. Listen below and be sure to subscribe for daily NFL goodness.

Carolina — losers of their last four games — fell to 5-7 on the season. It was their worst start since going 4-8 in 2016. The franchise has dealt with injuries all season long as quarterback Cam Newton and starting defensive linemen Kawann Short, Dontari Poe are on the Injured Reserve. They were unable to take advantage of a struggling Falcons team and a Saints team without Drew Brees for a period of time. A year ago, the Panthers sprinted out of the gate to a 6-2 record before losing seven straight games.

Tepper did acknowledge that the franchise intends to hire an assistant general manager as well as a vice president of football operations.

“We are going to take a comprehensive and thorough review of our football operation to make sure we are structured for long-term sustained success. Our vision is to find the right mix of old-school discipline and toughness with modern and innovative processes. We will consider a wide range of football executives to complement our current football staff. One change that we will implement is hiring an assistant general manager and vice president of football operations. We all must recognize that this is the first step in a process, but we are committed to building and maintaining a championship culture for our team and our fans.”

Tepper took ownership of the team in May of 2018 so this will be his first exploration through a head coaching search.

On Jan. 11, 2011, Rivera became the fifth Latino to be named an NFL head coach. He was in his ninth season as the team’s head coach when the decision was announced Tuesday. During that time period, he compiled a 79-67-1 record with four playoff appearances, including Super Bowl 50. Only the fourth head coach in the team’s young history, Rivera departs as the franchise leader in wins (79) and win percentage (.546). He surpassed former head coach John Fox in wins with a Week 9 victory over the Titans. The California native was a two-time NFL Coach of the Year winner in 2013 and 2015.

Prior to his days in Carolina, the 57-year-old had served as a defensive coordinator with the Bears and Chargers. As a player with Chicago, the former second pick was a champion in Super Bowl XX.

The Panthers are tied with the Buccaneers for second place behind New Orleans within the NFC South through Week 13. Carolina has games remaining against the Falcons, Seahawks, Colts, and Saints. If the season ended today, they would be picking No. 14 or No. 15 overall in the 2020 NFL Draft; they are currently tied with the Browns in terms of record and strength of schedule.