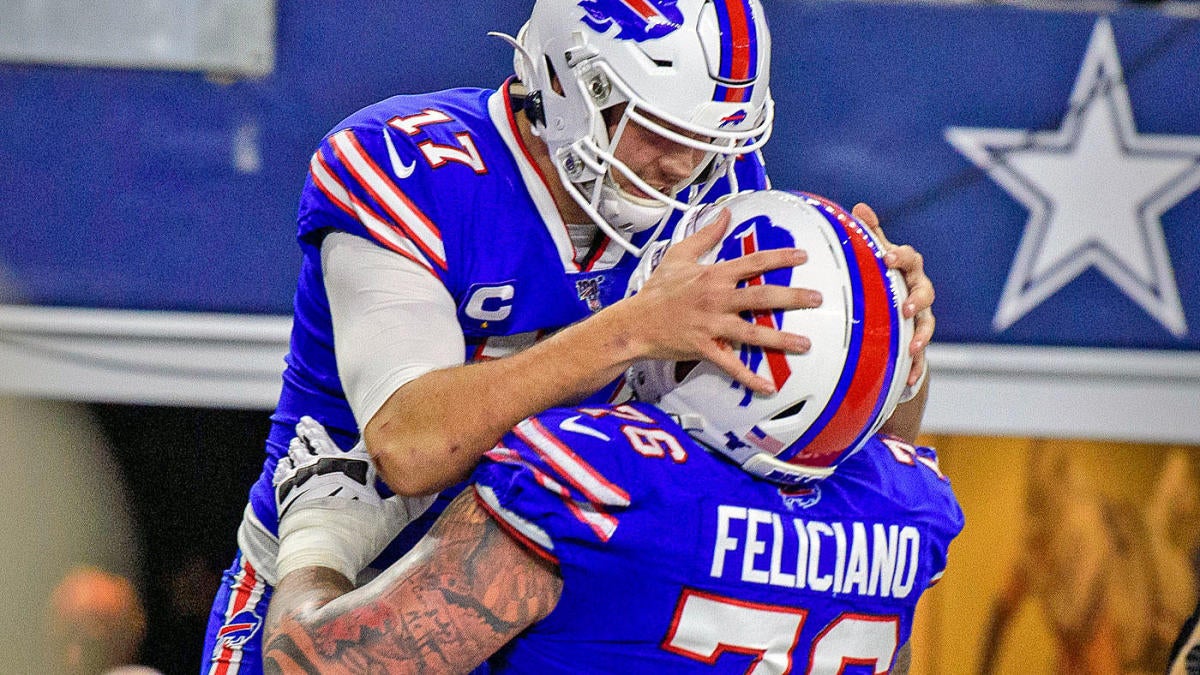 Winter has finally come, bringing with it a deluge of playoff clinching scenarios.

A week ago, the Saints managed to become the first team to clinch a playoff spot by wrapping up the NFC South after only 13 weeks. This week, a number of teams will have the opportunity to join the Saints in the playoffs. The Chiefs and Ravens can both win their divisions in Week 14. Meanwhile, the Patriots, Bills, 49ers, and Seahawks can all punch their postseason tickets.

Below, you’ll find a full breakdown of each playoff scenario and how all of those aforementioned teams can secure their spot in the race to Super Bowl LIV. For a complete look at the 2019 NFL Playoff Picture, click right here.

We begin with the Ravens.

To clinch the division this week, the Ravens will have to defeat the 9-3 Bills in Buffalo and hope the Steelers fall to the Cardinals in Arizona. That’s their easiest path to the division crown, but given how good the Bills have looked in recent weeks (they’ve won three games in a row by double digits) and how bad the Cardinals have been all season (very), this shouldn’t be regarded as a lock. It seems more likely that the Ravens will merely clinch a playoff spot this week.

This is pretty simple. The Ravens just need to go to Buffalo and beat the Bills, which won’t be easy, but is very doable. As for the other far-fetched scenarios that all involve at least one tie, it’s worth noting the Texans play the Broncos, the Titans face the Raiders, and the Colts take on the Buccaneers. All of those teams should be expected to win, but things hardly go as planned in the NFL.

First off, the Bills are in great shape. They’re 9-3 with a real chance to win the division over the Patriots if they can vanquish them in Week 16 — which is one huge if. But they’ll need a few things to go right this weekend to clinch a playoff berth. For one, they’ll need to beat a Ravens team that hasn’t lost since Week 4. They’ll also need the Raiders to lose or tie against the Titans, the Texans to lose to the Broncos, and the Colts to lose or tie against the Buccaneers. It might not happen this week, but it should happen in the near future.

To wrap up the division, the Chiefs will need to defeat a most powerful adversary: The Patriots in Foxborough. But if the Chiefs find a way to beat the team that ended their season in heartbreaking fashion last year,  they’ll be in a great position to clinch the AFC West. The Raiders, as previously mentioned, will face the Titans, who have been surging with Ryan Tannehill at quarterback. And the Raiders, despite their 6-6 record, are not a good football team, evidenced by their negative-87 point differential.

The Patriots just need to beat the Chiefs to officially clinch a playoff spot. That’s easier said than done given just how good the Chiefs are, but it is worth noting that the Patriots have beaten Patrick Mahomes twice already in his career. Those two games were decided by a combined nine points, so expect a close game on Sunday.

The 49ers are probably going to the playoffs, but if they do miss the playoffs, it’ll likely be the Rams that usurp them. They’re in a tough spot this week, having to go into New Orleans to take on a Saints team that owns the top spot in the NFC. But if the 49ers beat the Saints and the Rams lose or tie against the Seahawks, the 49ers will be guaranteed a playoff spot. On the other hand, a Seahawks win would be bad news for the 49ers’ chances to win the NFC West. So it wouldn’t be all good for the 49ers, who are searching for their first playoff berth since 2013 — back when they were quarterbacked by Colin Kaepernick.

This one’s simple: If the Seahawks beat the Rams, they’ll secure their seventh playoff berth in the past eight years. The last time these two teams met, the Seahawks won a one-point thriller. Expect another close game. Ten of the Seahawks’ games have been decided by one score. They’re 9-1 in those games.