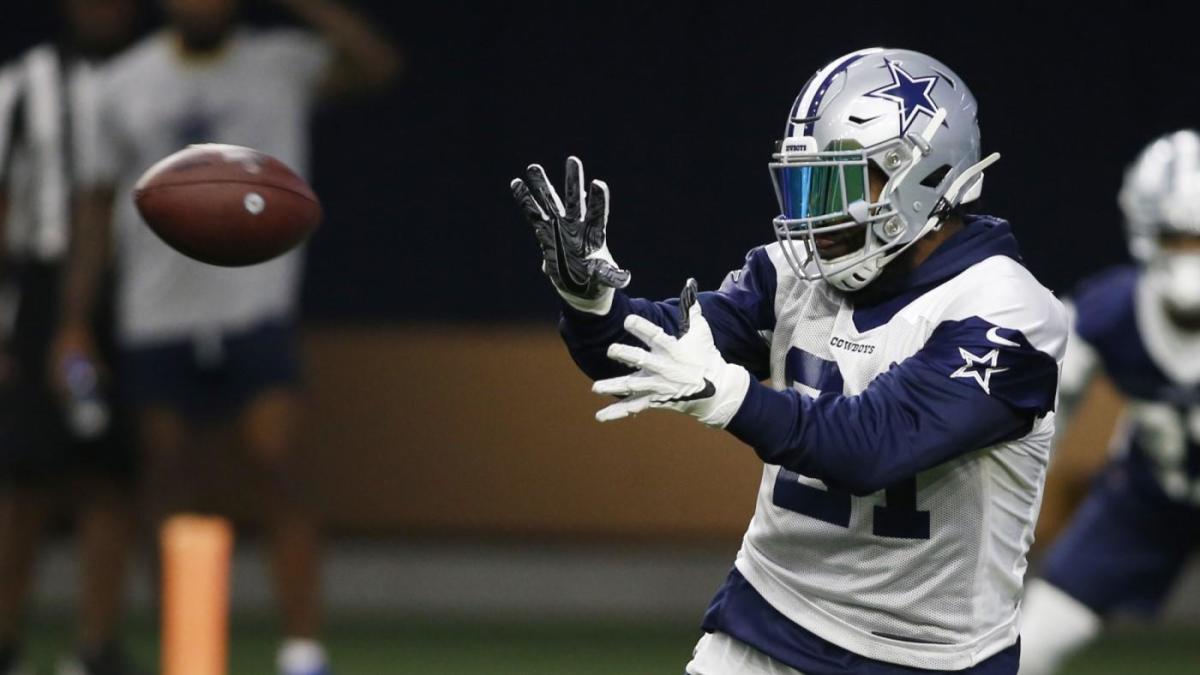 The Week 14 NFL schedule kicks off with a matchup of two of the league’s storied franchises as the Dallas Cowboys travel to Soldier Field to take on the Chicago Bears at 8:20 p.m. ET on Thursday Night Football. Daily Fantasy football players will be working with an NFL DFS player pool that includes potential NFL DFS picks like Dak Prescott, Ezekiel Elliott, Mitchell Trubisky, Allen Robinson and Amari Cooper. Points could be tough to come by since both defenses rank in the top 10, so which players should be part of your NFL DFS strategy? Before entering any Thursday Night Football DFS tournaments on sites like FanDuel and DraftKings for Week 14, be sure to see the optimal Cowboys vs. Bears DFS lineups from SportsLine’s Mike McClure. He’s a daily Fantasy pro who has won almost $2 million in his career and has a track record of handing out winning NFL DFS advice.

He’s rolling through 2019 as well, including a strong 3x return on DraftKings in the Week 3 main slate. On Sunday of Week 5, his optimal lineup finished in the top 1 percent of tournaments on DraftKings, with his four core players — Deshaun Watson, Michael Thomas, Christian McCaffrey and Will Fuller — combining for a whopping 196.34 points, enough to cash in tournaments by themselves. He followed that up by cashing his FanDuel and DraftKings lineups on Sunday Night Football and Monday Night Football in Week 6 and then cashed everywhere on his SNF lineups yet again in Week 7. He continued his roll with wins on both sites on the main slate, SNF and MNF in Week 8. He added 5x returns on his optimal lineups on both sites in Week 9 and cashed in main slate tournaments on both sites in Week 11. His Week 13 main slate lineups returned at least 10x on DraftKings and produced returns as high as 40x in higher-stakes tournaments. Anybody who has been following him has seen huge returns.

Now, he has turned his attention to the Bears vs. Cowboys DFS player pool and the rest of Week 14 and locked in his top daily Fantasy football picks. You can only see them by heading to SportsLine.

We can tell you one of McClure’s top Thursday Night Football NFL DFS picks is Elliott. He ranks sixth in the NFL in yards from scrimmage this season (1,316) and has been showing his value as a receiver the past two games, totaling 11 catches for 106 yards against Buffalo and New England, both top-tier defenses. In total, he accounted for over 125 scrimmage yards in both games.

The Bears have been vulnerable at times against the run, allowing 100-yard days to backs like Latavius Murray (119) and Josh Jacobs (123). They’ve also been mediocre defending running backs in the passing game, allowing opposing backs to haul in 74 catches for 508 yards this season.

Part of McClure’s optimal NFL DFS strategy for Bears vs. Cowboys includes rostering Trubisky. He’s coming off perhaps his best performance when he completed 76.3 percent of his passes for 338 yards, three touchdowns and an interception against the Lions on Thanksgiving. He’ll look to keep it rolling against a Dallas secondary that allowed Josh Allen to complete 79 percent of his passes last week and gave up two passing touchdowns.

McClure is also targeting a player who could go off for massive numbers on Thursday Night Football because of a dream matchup. The stars are aligning for him to go for 30, even 40 points on FanDuel and DraftKings. This pick could be the difference between winning your tournaments or going home with nothing.

So who is DFS pro Mike McClure putting in his optimal NFL DFS lineups for Thursday Night Football and the rest of Week 14? And which player could put up tournament-winning numbers? Visit SportsLine now to see the full optimal tournament and cash game lineups from a professional DFS player who has almost $2 million in career winnings, and find out.