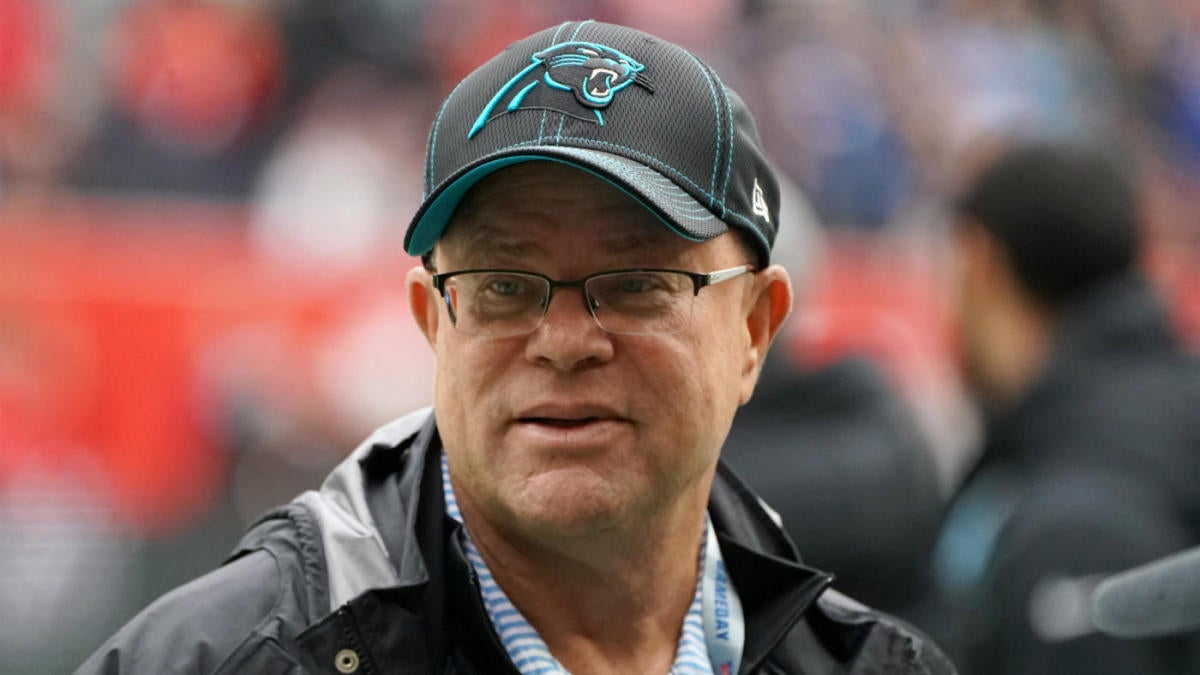 Much like last year’s hiring cycle, you could save the time and just post a picture of Sean McVay’s face in the job description.

On multiple occasions Tuesday evening, Tepper referred to the team’s press release for what he was looking for in this hire. “We are going to take a comprehensive and thorough review of our football operation to make sure we are structured for long-term sustained success,” Tepper read from a paper. “Our vision is to find the right mix of old-school discipline and toughness with modern and innovative processes.”

Rivera, a member of the 1985 Chicago Bears, had the old-school discipline and had adopted some of the innovative approaches to the game. But anything short of a postseason appearance would have likely led to this eventuality for Rivera, and after Carolina’s embarrassing home loss to Washington on Sunday, Tepper decided he wanted to start his coaching search without doing it behind Rivera’s back.

Tepper correctly notes the preference in today’s NFL for offensive coordinators. For one, the rules of the game are shaded toward the offense. And for another, they are typically more inclined to accept “the more modern processes.” He wouldn’t turn away a defensive-minded coach who fits his criteria, but Tepper radiated a vibe of offense for the new era of Carolina Panthers football.

Asked if he’d consider a coach from the college ranks like Arizona did with Kliff Kingsbury last year, Tepper said: “I’m open to different possibilities. I do understand the difficulty of the transition though. That doesn’t mean I’m closing it off, but you’ve got to understand, anybody who’s been around football understands the difficulty of that transition from the college game to here and different demands here.”

So an offensive-minded coach with pro football experience who will go for every fourth-and-short your heart desires? Shouldn’t be a hard find. Here’s where it may get complicated for Tepper.

He can interview out-of-work coaches—potential retreads if you will—at his leisure now with no worry of upsetting the lame-duck head coach. He can also begin background research into coordinators and assistants currently employed. That’s about where his head start ends. Tepper, of course, can’t speak to any coaches until after the season and into the playoffs.

But he also has to find the coach who will be willing to come to Carolina and work in an arranged marriage with general manager Marty Hurney and whomever Tepper hires to be the assistant general manager. An older, more established coach may not be interested in splitting the personnel pie with men he didn’t have a hand in picking himself. And then there’s the quarterback situation.

The Panthers will have Kyle Allen and Will Grier as backups in 2020 — they are under contract. There’s a decision still to be made about Cam Newton‘s future in Carolina, and that call likely won’t be made until after the new head coach has signed on. Newton is due to count $21 million against the cap next season in the final year of his contract with Carolina, but the Panthers could cut him and save $19 million in cap space.

The more beneficial option to Carolina, should it wish to move in a different direction, would be to trade Newton. A source indicated to me Tuesday that Newton is leaning toward not having surgery on his Lisfranc injury and opting to rest, rehab and heal this offseason. From the Panthers’ perspective, surgery would have hurt Newton’s trade value, and it appears after getting multiple opinions over months that Newton won’t have the mid-foot operation.

“If I’m a coach what will I look at? You may say a coach is going to look for the best quarterback around,” Tepper said. “Hopefully Cam’s healthy. I frankly don’t know and neither does Cam right now. And by the way, the last time I looked, there are three quarterbacks on this team. Kyle Allen, who you’ve seen a lot of and still young. Will Grier, who hasn’t been in yet who we’re developing in a very traditional way, who may be very good at some point. And Cam Newton.

“There are a lot of possibilities here for somebody to look at if they want to come here. And we’re not weighed down by $36 million-a-year mistakes right now.”

A clean slate for the new head coach? Perhaps. An arranged marriage for three football decision-makers? Definitely. But the new coach will have time to figure it all out. At least, that’s what Tepper said Tuesday night, two weeks after preaching he wouldn’t tolerate mediocrity.

“If you don’t think I have to build something long term, if you don’t think it takes time to build something great, if you think something great gets built in one second, then that’s wrong,” he said. “You shouldn’t expect it, fans shouldn’t expect it. I’m not talking about one year, I’m talking of a standard that will be built and sustained. If the fans are expecting something to be miraculous next year, listen, it could happen. Maybe, you know, it’s that good, but you can’t count on that.