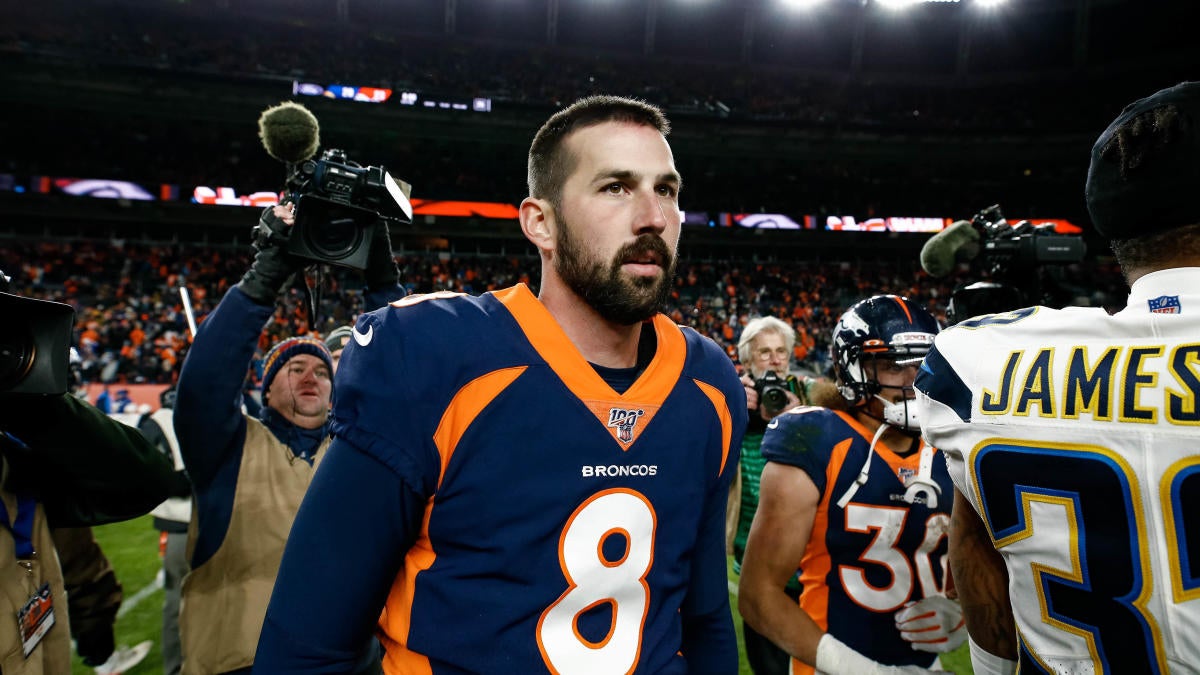 Denver Broncos kicker Brandon McManus nearly got the chance to break the NFL record for the longest field goal on Sunday, and was ready to go, but was denied the opportunity after coach Vic Fangio changed the play call.

Six seasons ago, Matt Prater, a former teammate of McManus’, nailed a 64-yarder. McManus had his chance to break that record on Sunday with a 65-yard field goal set up against the Los Angeles Chargers.

McManus was clearly upset when he was called back to the sidelines just before halftime and was seen ripping his helmet off and throwing it on the ground as he approached the bench. The offense went on on the field instead, and came up short in part thanks to a delay of game penalty that backed them up past the Hail Mary-range of rookie quarterback Drew Lock.

McManus did not get his chance to break the record, but still wanted to prove he could do it. So before the start of the second half, he lined up for a 65-yarder and the kick was good. It just didn’t count.

He was confident the kick would have been good from the 45-yard-line.

“I knew I could make it, they’ve seen me make it in practice and we’re right at the line that I gave him,” he told the Associated Press.

He did add that the halftime kick from 65-yards deep was a message of what he is capable of to his coach.

“Of course it is. Like I said, I know I can make the kick, and this is a storied game that I grew up watching. It was a dream of mine to play in this league and if I was able to have my name badge on the longest field goal in NFL history, I would love that. That’s why I would have loved to kick that attempt.”

He did still get his chance to be the team’s hero, though. McManus hit a 53-yarder as time expired to hand Denver the 23-20 win. He was also good from 31 and 52 on Sunday, but will just have to wait a little longer to get that record.

Fangio said he had many reasons to change his mind about the field goal, noting that “at that point I didn’t think it was desperation.”

The coach also added that wanted to ensure McManus kept his kicking game up to standards for the rest the second half.

“I’ve seen many times where guys go out there and try extra-long kicks. They alter the mechanics and it affects him the rest of the game,” he said. “I’m going to say that that decision not to let him go out there for the 65-yarder led him to making the 52 and the 53-yarder.”

McManus brushed that off ,challenging the idea with a question: “Does a Hail Mary change the way a quarterback throws the ball?”

The kicker chalked the decision up to the first-year head coach not having spent much time watching him, but said the two are on good terms, even though he was frustrated he did not have the chance to etch his name in history.

“He has to make decisions and I have to make pressured kicks,” McManus said. “At the end of the day, I’m mad because I didn’t get to kick, and in his mind, he made the right decision for the team. I have no problem with that, but like I said, I would love to have my name in the history books.”