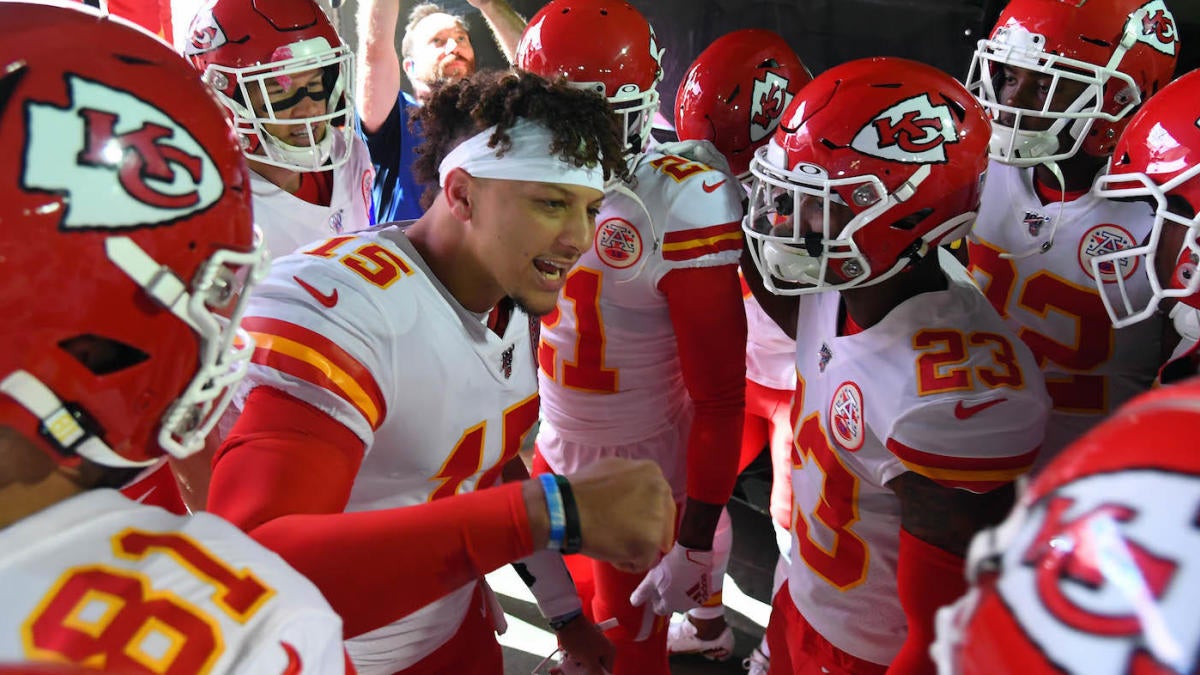 We are entering the witching hour of the NFL season. With just four weeks left, teams will either solidify their postseason status or fall out of contention and into oblivion. Unlike the NFC where the playoff teams seem to be a bit more set in their grouping and really just fighting for seeding, the AFC has plenty of teams still in the mix.

As things stand following Week 13, the Ravens are the top seed in the conference followed by the Patriots. If the season ended today, both those clubs would be looking at first-round byes and the road to Super Bowl LIV through the AFC would go through Baltimore.

With the wild-card contenders, that’s where things get a bit interesting. Right now, the Houston Texans, Kansas City Chiefs, Buffalo Bills and Pittsburgh Steelers are all in. That said, there are a handful of clubs — particularly in the AFC South — that can make things rather interesting and have a path to sneak into the playoffs.

Only a month remains in the regular season and it’s time to see where everyone stands, rank the contenders and make our predictions on how the AFC playoff picture will ultimately shake out.

Surprisingly, the Buffalo Bills have a game lead on the rest of the wild-card contenders in the AFC at 9-3 on the year. Unfortunately for them, they play in the same division as New England, so they are the fifth seed behind Houston and Kansas City. After a statement win against the Cowboys in Dallas on Thanksgiving, things do get a bit more difficult for Buffalo. Over their next three games, they’ll face the Baltimore Ravens at home and then travel to face the Steelers and Patriots before wrapping up the season at home against the Jets. So long as they don’t go 0-4 over the final month, they should be able to lock in a trip to the playoffs.

Who knows, if they continue to shock the NFL, they could snatch the division away from New England, which is currently just one game ahead of them.

The Tennessee Titans are arguably the most interesting team to watch over the course of the final month. Since naming Ryan Tannehill the starter, the club is 5-1 and just one game behind Houston for the division lead. They face them twice over the final four weeks and could very well overtake them in the AFC South with a strong month. It won’t be easy as they also face the Saints in that stretch, but they could at the very least contend to steal that final spot from the Steelers if they go .500 the rest of the way.

If the season ended today, the Steelers would be in the postseason. That said, they do feel like the team most likely to fall out of contention, but it’s through no real fault of their own. Offensively, they’re on their third string quarterback and have lost starting running back James Conner due to injury multiple times over the course of this season. Despite those hits, they’re still 7-5 on the year and in contention for a spot on Wild-Card Weekend. That’s largely because of the strong play of the defense and that’ll need to continue over a tough stretch of their schedule. They face a pesky Cardinals team in Week 14 and then have the Buffalo Bills in Week 15. They wrap up the season against the Ravens and, if they are still fighting for the top seed in the conference, they likely won’t rest any of their starters. That could spell bad news for Pittsburgh and their playoff hopes.

For a team that lost their franchise quarterback with a shocking retirement announcement just prior to the start of the regular season, you have to commend the job head coach Frank Reich has done with the Colts to even have them in playoff contention. They are just one game behind in the conference standings, but have a tough road ahead as the Steelers own the in-season tiebreaker thanks to a Week 9 win. That’s also not mentioning having to fend off Tennessee and others vying for that spot, so they’ll need a little help going forward if they want to make a run.

The Raiders spoiled their chances at a division lead in the AFC West after falling to the Chiefs in Week 13, so they’ll mostly be looking at the final wild-card spot. They’re a game behind Pittsburgh and have a manageable schedule over the final four weeks with back-to-back home games against the Titans and the Jaguars followed by two road contests against the Chargers and Broncos. If they fall to the Titans, however, that’d almost completely eliminate them from the playoff conversation.

Really, it just depends on what kind of Raiders team we’ll be looking at. After showing some potential over the course of the season, Jon Gruden’s team has floundered as of late, losing two straight and have been outscored 74-12 over that stretch. Not exactly a team that looks primed to make a playoff push.

The Browns took a major step back in their playoff push after losing to Steelers in Week 13 to move to 5-7 on the year. Not only will they need to win out to keep their playoff hopes alive, but they’d also need help from a number of clubs over the course of the next month. I wouldn’t hold your breath, Cleveland. In fact, it seems more likely that there will be a change of leadership surrounding first-year head coach Freddie Kitchens, than him leading the team to the postseason.

The Jaguars are also a team that would need to win out and get history-making help from fellow AFC squads to make Wild-Card Weekend. They are handing the reins over the rookie quarterback Gardner Minshew, so we’re listing them on here on the off chance that there’s a little Minshew Magic that springs them into January. Outside of that, they’re looking to 2020.

Wire-to-wire the Ravens have been the class of the AFC. Not only that, but wins over the Seahawks and 49ers show that this club is legitimately the favorite to hoist the Lombardi Trophy in Miami later this season. Lamar Jackson is on an MVP pace and their defense has been stellar following the addition of corner Marcus Peters at the deadline. As long as the injury bug doesn’t bite and they don’t have any slip ups over the final month that allows New England to jump back above them, the road to Super Bowl LIV will go through Baltimore.

The New England Patriots haven’t looked like the team that’s represented the AFC in the Super Bowl for the past three years. Defensively, they’ve been strong, but it’s the lack of options on offense, hobbled offensive line and lackluster play by Tom Brady that has put New England’s championship aspirations in serious doubt, despite their 10-2 record. They have a very tough game against a Chiefs team that appears to be trending upward, but luckily for Bill Belichick the rest of the way is rather easy as they travel to Cincinnati and then host the Bills and Dolphins at home. That friendly final three weeks should help get them to 13-3 and a much needed first round bye.

Kansas City is starting to look more like the team that was in the AFC Championship a year ago and that really revolves around Patrick Mahomes, who is returning to form after suffering his knee injury earlier in the season. The Chiefs had a crucial win over the Oakland Raiders in Week 13 that really started to separate themselves in the AFC West. They are two games up and own the tiebreaker, so it’d take an utter collapse over the final few weeks for them to fall out of the division lead.

K.C. does travel to New England to play the Patriots in Week 14, but that is their only real test remaining. With New England’s struggles as of late, I see the Chiefs not only winning that game in Foxboro, but running the table for the rest of the season and jolting themselves to the No. 3 spot.

The Houston Texans are fresh off a statement primetime win over the New England Patriots, but they are hardly out of the woods yet as both the Colts and Titans are still within spitting distance. Indy, who is two games behind Houston, split the season series with them and the Tennessee has yet to square up against them this year yet, so there is still plenty to be determined in the AFC South.

The Texans have also been rather inconsistent this season. Despite the marquee win against the Pats, they did lay an egg against Baltimore in Week 11 and lost to the likes of the Carolina Panthers earlier in the season. Their defense has also allowed the sixth most yards through Week 13 and rank 26th in DVOA, which could be a fatal flaw.

They currently do own the tiebreaker over Kansas City, but I see a .500 record the rest of the way. With my prediction of Kansas City running the table over the final month, that puts them one game over Houston in the standings for the No. 3 seed.