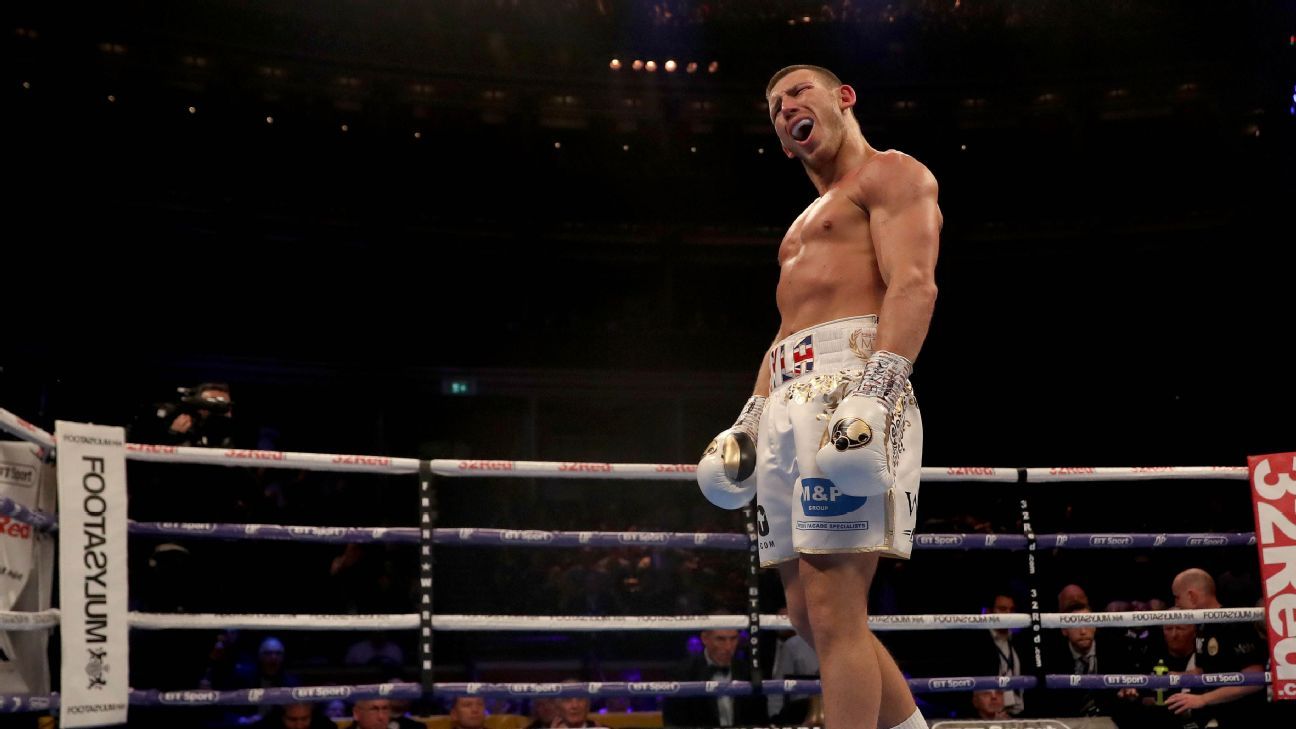 The winner of the fight will be positioned for an eventual mandatory shot at the 160-pound world title held by Demetrius Andrade (28-0, 17 KOs).

“Liam is on a terrific run, and fighting at middleweight seems to have brought the best out of him because he is ferocious at the weight,” Warren said. “He is up against a tricky customer now in Fox, who is also used to winning, with the prize ultimately being a shot at the WBO world title held by Demetrius Andrade next year. We believe Liam has got what it takes to operate at the highest level, which is why we had no hesitation in pushing for this important fight.”

The fight will be on the undercard of the ESPN+-streamed card headlined by rising heavyweight prospect Daniel Dubois against Kyotaro Fujimoto.

Lou DiBella, Fox’s promoter, told ESPN that he and Warren got the deal done Saturday night.

“All the final points were worked out, but we’ve been talking about the fight for a while,” DiBella said.

Fox (26-1-1, 12 KOs), 27, of Forestville, Maryland, who at 6-foot-4 is huge for a middleweight, has won three fights in a row since his only loss. The defeat was a lopsided 12-round decision to Andrade in a nontitle bout in October 2017 in which Fox tore the rotator cuff in his left shoulder in the first round but dropped Andrade in the seventh round and went the distance. Fox had surgery after the fight and was sidelined for 11 months.

Williams (21-2-1, 16 KOs), 27, of Wales, has won five fights in a row, all by knockout, since back-to-back losses to former junior middleweight world titlist Liam Smith in 2017. After those losses, Williams moved up in weight.

“It is a decider for the WBO title [shot], so it is exciting stuff,” Williams said. “I feel like I have been knocking on the door for a little while, and I am just so happy to get this opportunity. I know he is very, very big, also thin and rangy. He is what he is, and that is good. He is going to get smashed the same as the rest of them. He has only lost to Andrade on points, and it will be a good name to have on my record. I believe I am going to smash him and stop him.

“I need to get my head on the game now and put on a good show. It is a very, very nice Christmas present, and after it I will get to go home to my family in good spirits and look forward to next year.”