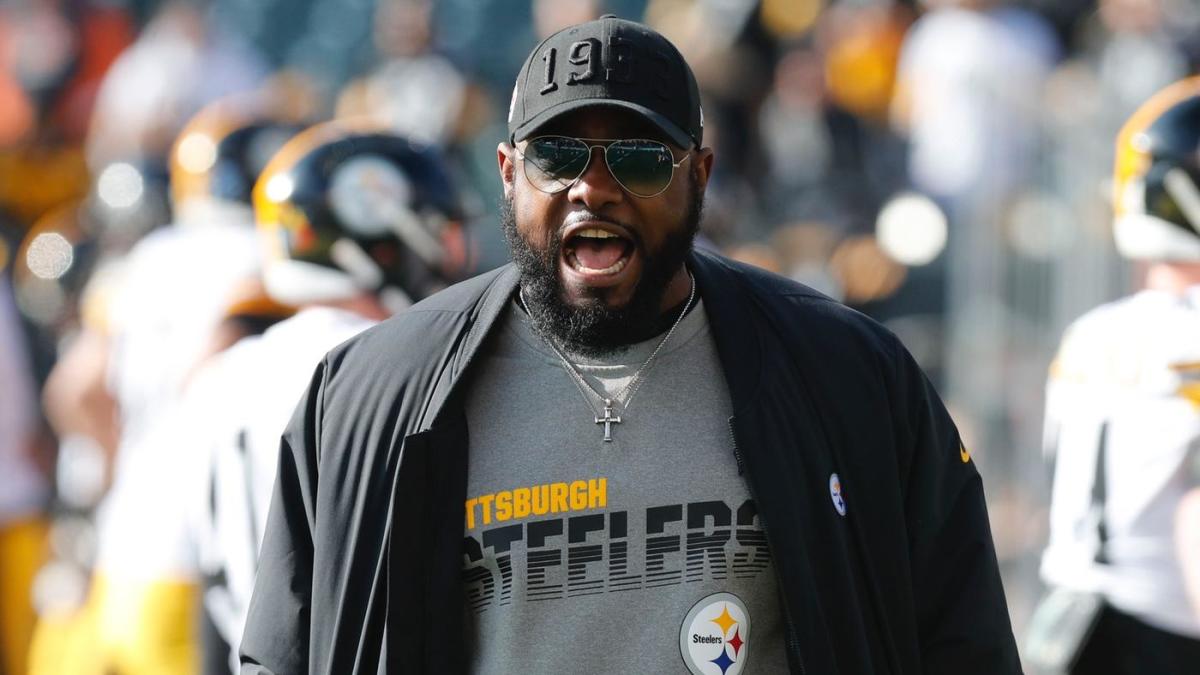 Mike Tomlin, in the home locker room after his Steelers defeated the Browns on Sunday, announced that he would be bringing the game ball to center Maurkice Pouncey, who the Steelers dedicated the victory to.

While Pouncey — who was suspended for the game for his participation in Pittsburgh’s fight with Cleveland back in Week 11– certainly deserved the honor after serving as a rallying cry for his teammates, Tomlin should have taken a game ball home for himself as well. Tomlin, the Steelers’ veteran head coach, had just led his team to another improbable victory in a season full of them. Despite losing Ben Roethlisberger in Week 2, Stephon Tuitt in Week 6, and James Conner, JuJu Smith-Schuster and Pouncey in recent weeks, the Steelers are 7-5 after a 1-4 start. They would be in the playoffs as the AFC’s sixth seed if the postseason started today.

Bill Cowher, the coach Tomlin succeeded in Pittsburgh prior to the start of the 2007 season, believes that this has been Tomlin’s best coaching season to date. Cowher, an NFL analyst for CBS Sports, said so himself during Sunday’s CBS pregame show.

“I think when you look at Mike Tomlin, they’ve had great success since he’s been there. But I think this has been his best coaching year to date because he’s done more with less,” said Cowher, whose stellar 15-year coaching career in Pittsburgh included a victory in Super Bowl XL. “He’s had to make the (necessary) moves since Ben Roethlisberger got hurt in the first week. He’s adapted and adjusted and he’s got this team hunting for the playoffs.

“I give a lot of credit to that man,” Cowher continued. “He’s taken this team and turned them into a defensive football team, getting Minkah Fitzpatrick and making the change at quarterback because it wasn’t working. He’s not afraid to move things and shake things. And like I said, I think Mike Tomlin’s had his best coaching year this year.”

Cowher is not alone in his praise of the work Tomlin has done this season. While CBS NFL Insider Jason La Canfora has also tabbed this season as Tomlin’s best work, several Steelers defensive players raved about the halftime adjustments Tomlin made during Sunday’s win over the Browns. After allowing Baker Mayfield to engineer two lengthy scoring drives in the first half, Pittsburgh’s defense forced allowed just three points in the second half while coming up with two critical turnovers of Mayfield, who finished with under 200 passing yards while being sacked five times.

“He saved the game,” a Steelers defensive player told ESPN’s Dianna Russini while adding that Tomlin “straight-up went high school football coach and drew up how they were going to defend Cleveland.”

Defensive captain Cam Heyward, who has been with Tomlin since the 2011 season, spoke glowingly about the work Tomlin has done this season.

“It’s just a hell of a coaching job,” Heyward said, via Josh Rowntree of 93.7 The Fan. “He instills in us a lot of confidence and he challenges us, week in and week out. It’s up to us to deliver it. But the faith he shows … not a lot of teams could come back from 0-3.”

Tomlin’s work this season has been part tangible, part intangible. After losing Antonio Brown and Le’Veon Bell this offseason, then Roethlisberger in Week 2, Tomlin and the Steelers traded for safety Minkah Fitzpatrick knowing full well that Pittsburgh’s identity needed to change from an offensive team to a dominant defensive team. While many at the time criticized the Steelers for giving up a first round pick for Fitzpatrick, Cowher knew exactly what the Steelers were doing.

“Football is the total team game,” Cowher said during an appearance on CBS Sports HQ shortly after the Steelers acquired Fitzpatrick, who is in the midst of a Pro Bowl season while helping turn Pittsburgh’s defense into one of the league’s best. “When you look at it from that standpoint, I actually do like what they did in going out and getting Minkah Fitzpatrick, because what they’ve done now is they’ve kind of shored up their defense and filled a little bit of the void they had at safety.

“Sean Davis hasn’t been able to stay healthy there, and Minkah Fitzpatrick is a very good football player, a proven player who has been in this league for a year now,” Cowher continued. “He’s young, he has multiple years on his contract. He gives you a lot of versatility from the standout of that he can play a lot of different positions and lot of different roles.

“So, I think at this point, you kinda go back to a little bit of the onus that when Ben goes down, everyone talks about the offensive side. Now, the onus goes back on the defense and shoring that up and taking the responsibility of keeping the games close, creating opportunities for their offense. Kind of like (against the Seahawks in Week 2). They gave up some big plays, but they also created some big plays in terms of getting two fumbles that led to scores for their offense.”

Along with no being afraid to trade picks for players, Tomlin also hasn’t been afraid to make the necessary lineup changes, particularly at the quarterback position. Instead of being sensitive to the repercussions of taking players in and out of the lineup, Tomlin remains transparent with himself and his players while making decisions solely based on getting his teams out of the stadium on Sunday. That transparency and fearlessness is a big reason for Pittsburgh’s success amidst the team’s rash of injuries.

Tomlin’s keen eye for talent is also a major reason why the Steelers are primed for their seventh trip to the postseason this decade. While Steelers GM Kevin Colbert is one of the best in the business, Colbert works hand-in-hand with Tomlin, who is a regular at college pro days throughout the winter. Tomlin is also entrenched each year at the NFL Combine, interviewing players while figuring out if they have the makeup for a future Steeler. Tomlin’s ability to help find the right type of players that can be early contributors was on display on Sunday, as the Steelers started six players with two years of experience or less. Speaking of the draft, it was Tomlin’s pre-draft experiences with Fitzpatrick that helped motivate Fitzpatrick’s decision to allow a trade that sent him to Pittsburgh. Even though he knew he wouldn’t be in a position to draft Fitzpatrick in 2018, Tomlin’s ability to connect with him eventually paid dividends.

Another example of Tomlin’s eye for talent is Benny Snell, who the Steelers jumped at the opportunity to draft in the fourth round this spring when the Steelers were initially expected to wait to take a running back in the sixth or seventh round. Tomlin, during a draft interview with ESPN, said that the Steelers had to take a back of Snell’s caliber when they saw that he was still on the board. Snell rewarded Tomlin’s faith in him over the past two weeks, with Snell rushing for 98 yards in Cincinnati in Week 12 while scoring his first NFL touchdown against the Browns on Sunday.

Tomlin’s ability to teach and motivate also needs to be mentioned. While he’s oftentimes labeled as a “player’s coach”, Tomlin routinely most out of his teams, as evidenced by the fact that he has never had a losing season in Pittsburgh. In fact, some of Tomlin’s best seasons are when his teams either didn’t qualify for the playoffs or fell short of the Super Bowl. In 2013, the Steelers, transitioning away from the players that won the franchise’s two most recent Super Bowls, started the season with 0-4, 2-6 and 5-8 records before rallying to finish .500 and just missing out on the playoffs. Two years later, despite losing Bell and fellow running back DeAngelo Williams during the season, Roethlisberger for an entire month and Brown during the postseason, the Steelers won a physical playoff game in Cincinnati before nearly upsetting the eventual Super Bowl champion Broncos in the divisional round.

Now, a year removed from one of his most trying seasons, Tomlin is in the midst of his finest season, a season that will likely be mentioned when his name comes up in Hall of Fame arguments years from now.