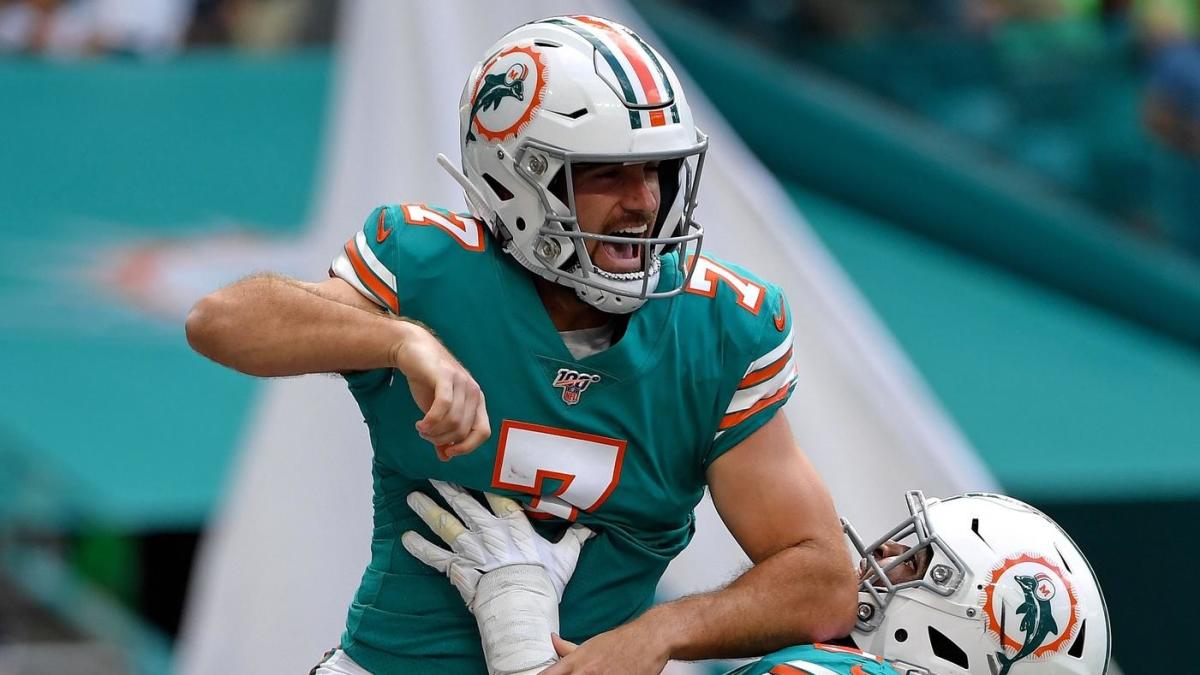 The Miami Dolphins are still glowing in the aftermath of pulling off the trick play of the 2019 NFL season, resulting in punter Matt Haack throwing a touchdown pass to kicker Jason Sanders in the second quarter of a 37-31 upset victory over the Philadelphia Eagles. Sanders is the first placekicker (by primary position) to catch a touchdown since Jim Turner in 1977. He is the first kicker to catch a touchdown pass and kick a field goal of 50 yards in the same game since Gino Cappelletti in 1964 (per Jason Stark of The Athletic).

The Eagles appeared to never see the pass from Haack to Sanders coming, but head coach Doug Pederson said otherwise in a shocking confession.

“We knew that coming in here that this is one of the more sort of gadget plays special teams coordinators and teams that we have faced, and our guys were prepared during the week for anything they presented us,” Pederson said after the game, via Daniel Gallen of Penn Live. “Again, just great execution on their part.”

Haack appeared to have two options, run the ball and try to score the touchdown, or throw it to an open receiver — which ended up being Sanders for the score. The Eagles were completely fooled on the play, as Sanders just went right past Eagles defensive end Josh Sweat on the route. Once Sweat bit on the fake, Haack flipped it to Sanders for the touchdown that would give the Dolphins a 14-13 lead over the Eagles late in the second quarter.

The Dolphins executed a similar play a few weeks prior during a Week 7 loss to the Buffalo Bills. In that game, the Dolphins executed a run on the fake field goal. Haack was the holder on a fourth-and-1 from the 3-yard line, running a yard on the first down. This time, they didn’t even attempt to kick.

“It’s something we’ve been working on for a long time. We’ve seen a few different looks in practice – what we liked, what we didn’t like, and they gave us honestly exactly what we planned for, so that was pretty cool,” Haack said, via a Dolphins postgame transcript. “Then the reason the play worked so well is it was fourth-and-short, so if you saw the fake we had against Buffalo, it was a run. They’ve seen a run, so they were expecting a run.

“(Daniel) Kilgore actually – people probably might not see his contribution, but he was actually on the snap and he had two guys that ran. The little pump fake left was supposed to take care of one and he was supposed to completely take out the other one, and he did a great job so kudos to him. Then like I said, I rolled out and it felt so fast – four guys were on me real quick, I saw a little window and (Sanders) was wide open. In my head, it was just put it on and don’t give them a chance, really.”

Sweat biting on Haack’s pass attempt allowed the trick play to happen, which is what the Dolphins were anticipating. Pederson is correct in his evaluation the Eagles were ready for the play, but his team didn’t hold their ground when Haack was trying to make a play happen.