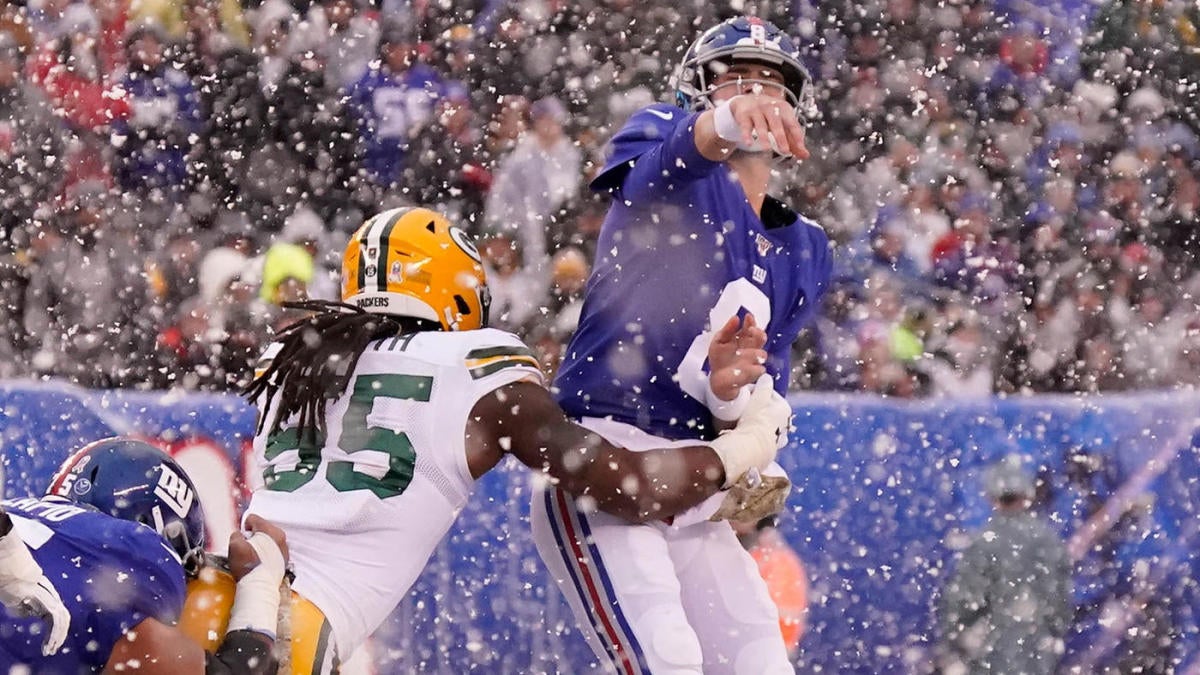 How do you know you got hit really hard in a game? Well, I would say a letter flying off of your helmet is a pretty good way to tell. During the 31-13 loss to the Green Bay Packers on Sunday, New York Giants quarterback Daniel Jones was hit by Packers’ Preston Smith and the force of the contact caused the “Y” on his helmet to go flying.

The game was played in freezing temperatures and occasional snow at MetLife Stadium and, apparently, the Giants equipment was not able to handle the winter wonderland. You would think the helmets would be able to sustain a hit, but clearly Smith hit Jones in the perfect spot to make “NY” just a sad looking “N.”

Jones did not have to continue with with a less than perfect helmet, as he got a new one with the correct logo on it to finish out the game. No word on if the “Y” was ever recovered or got lost in the snow.

Jones lost his “Y,” the game and his team was eliminated from playoff contention. Not the best Sunday for the rookie.

The 22-year-old went 20 for 37 with 240 yards, one touchdown and three interceptions. Wide receiver Sterling Shepard had the Giants lone touchdown on the day.

The Giants will face their divisional opponent Philadelphia Eagles next week as the Eagles look to start edging ahead of the Dallas Cowboys for the top spot in the NFC East.