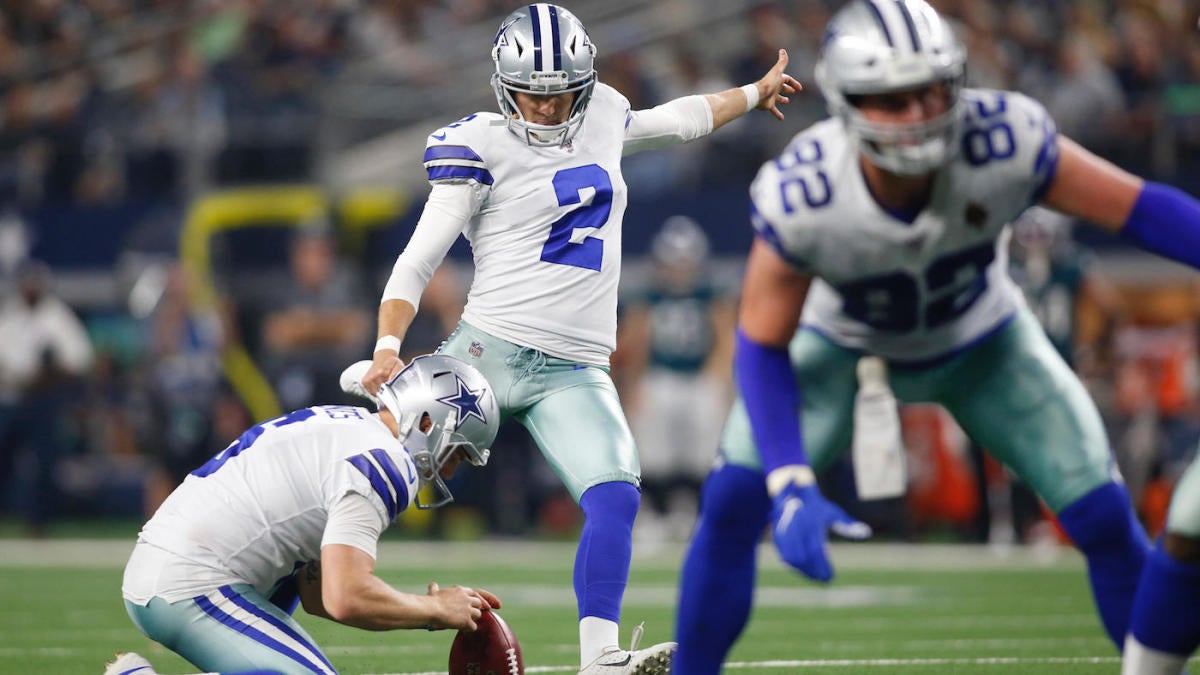 One one note, the Dallas Cowboys would have you believe they have total faith in the ability of Brett Maher. On yet another, however, it’s clear the relationship between the two is becoming increasingly fractured as the weeks roll along. The latter has never been more evident in Maher’s time in Dallas than it is right now, on the heels of the team’s loss to the Buffalo Bills on Thanksgiving.

Granted, Maher didn’t cost the Cowboys the victory on Thursday, but he didn’t help push them toward it, either. He missed one field goal attempt and was blocked on another, wiping six potential points from the scoreboard. In 11 games this season with a FG attempt, Maher has now missed at least one in seven contests, and that includes a 46-yarder in the 13-9 loss to the New England Patriots four days ahead of Thanksgiving. When initially asked about his status leading into an important clash with the Chicago Bears this week, the Cowboys showed no willingness to move on from Maher just yet.

That was undermined by the fact they held a workout for three separate kickers on Sunday, a source confirmed to me, further softening the earth beneath Maher’s boot — effectively placing him on notice going forward. That’s all the workouts achieved, though, because none of the three kickers — namely Nick Rose, Tristan Vizcaino and Austin MacGinnis — were impressive enough to land a deal with the team.

That means Maher is still their kicker of choice, at least for one more week.

“Brett’s missed some makable kicks,” head coach Jason Garrett openly confessed to 105.3FM the Fan on Monday. “He’d be the first one to tell you that he needs to make those kicks, and so you have to see what’s out there. We bring different position players in all the time to work out and to see kind of where we are. So we wanted to bring those three guys in.

“They did a nice job for us but Brett’s going to be out kicker going forward.”

Maher is just 19 for 28 on field goal attempts in his second year since landing the job over Dan Bailey, and while usually praised for his deep-boot accuracy that’s led him to ownership of franchise records, he’s faltering there as well; and has made only five of his 12 attempts from 40 yards or longer.

On the season, he carries an accuracy rate of only 67.9 percent.

That obviously won’t cut it for a Cowboys team once spoiled year-over-year by Bailey, and who believed Maher would be a worthy successor. His first year with the club was much more promising — with an accuracy rate of 80.6 percent and having made six of seven field goals from 50 yards out or more — but his well-known short-field issues are now combined with a severe downturn in long-field accuracy to combine for a toxic stew at the position.

The Cowboys would love to depend on him, but the reality is no one on the team’s sideline uses their lungs until they see the ball sail through the uprights.

The problem is finding a replacement in December won’t be easy, with other teams having mostly picked the bone dry. A great time to have done so would’ve been in April, when the Cowboys could’ve secured a challenger for Maher, but they instead opted to forego that opportunity. And now here they are, attempting to mount a strong run through December and potentially in the playoffs, hoping they don’t have to ask their kicker to do what they pay him to do.

But hey, to reference an all-knowing Brian Fantana: 67.9 percent of the time, he makes it every time.

Samson: The 76ers have to trade Ben Simmons in the offseason

Samson: The 76ers have to trade Ben Simmons in the offseason