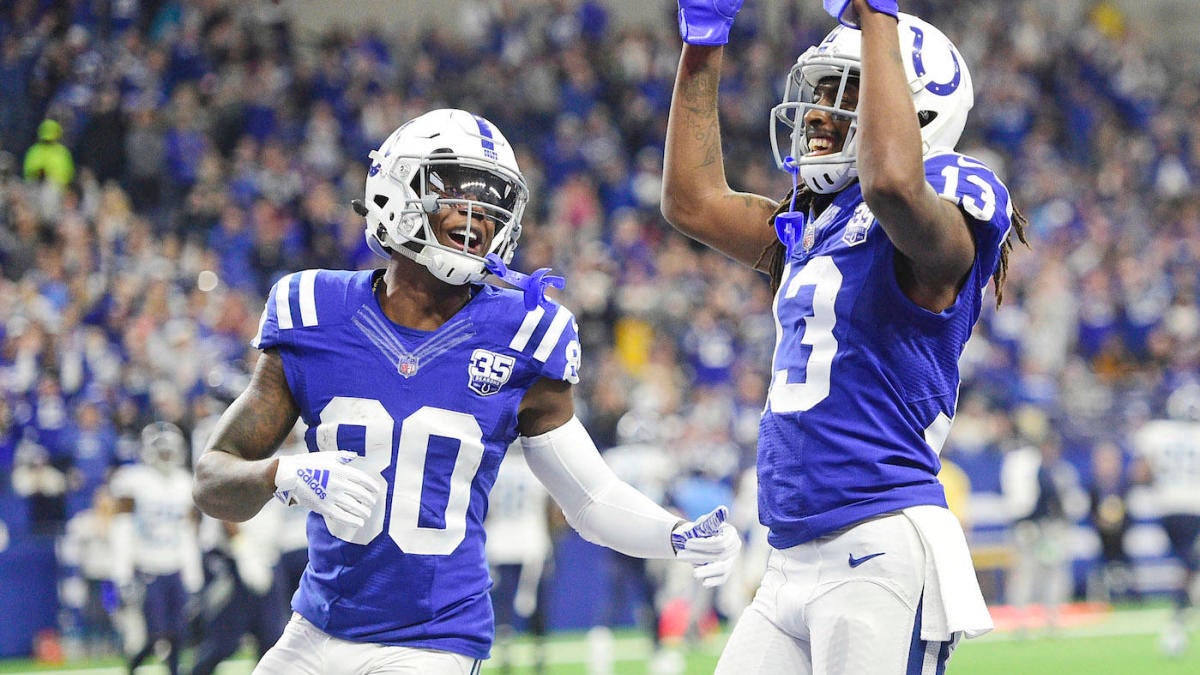 The Indianapolis Colts‘ playoff hopes took a hit Sunday with a 31-17 loss to the division rival Tennessee Titans. The Colts were in first place in the AFC South just two weeks ago, but they now find themselves in third and behind in the wild-card race.

The Colts also suffered another big loss to their receiving corps, as Chester Rogers went down with what could be a season-ending injury. According to Adam Schefter, Rogers likely suffered a knee fracture Sunday and is undergoing further testing Monday to determine the extent of the injury. On the second play of the game, Rogers was upended by linebacker Rashaan Evans, who was flying toward the line of scrimmage to make a tackle. Rogers immediately went down holding his knee, and he was helped off the field with assistance.

Rogers is just the latest Colts wideout to go down with an injury — and was one of just four receivers active for Indianapolis on Sunday. T.Y. Hilton has only been active for seven games this season, as he has been dealing with quad and calf injuries. He tried to give it a go on “Thursday Night Football” in Week 12 against the Houston Texans but struggled while operating on a pitch count. He dropped several passes, and he finished with three receptions for 18 yards. Now entering Week 14, one has to wonder if he will suit up again this season.

Former Carolina Panthers wide receiver Devin Funchess was someone the Colts added this offseason to help bolster their passing attack. He signed a one-year deal worth $10 million, but he suffered a fractured collarbone in the season opener. The Colts basically paid $10 million for 32 yards. Daurice Fountain was another wideout some hoped could make an impact on the offense this year. He was drafted by the Colts in the fifth round of the 2018 NFL Draft, and he spent the majority of his rookie season on the practice squad. He caught five passes for 63 yards in the preseason opener, but he suffered a serious ankle injury in practice the following week that sent him to the hospital. Fountain was enjoying a strong training camp and was seemingly moving up the Colts’ depth chart before his season was tragically cut short.

The Colts also drafted former Ohio State star Parris Campbell in the second round of this year’s draft. He recorded over 1,000 yards and 12 touchdowns during his senior season in Columbus, and he helped Dwayne Haskins set single-season passing and TD records. He has only been active for six games this season, however, and has caught just 15 passes for 115 yards and one touchdown. Campbell dealt with an abdominal injury earlier this year, and he fractured his right hand in Week 9. He was limited in practice last week, but the Colts made the decision to play it safe by deactivating him for Sunday’s matchup with the Titans. With Rogers now out, Campbell will have a chance to be the No. 1 wideout for the ailing Colts.

The struggles for the Colts began in the preseason, as Jacoby Brissett was thrust into the spotlight when Andrew Luck shocked the NFL with his retirement. Brissett has been fine, but with a rotating group of receivers and Marlon Mack out with a broken hand, it’s pretty incredible that the Colts have managed to keep their head above water. They may not be ready to make the playoffs or make a deep postseason run this year, but this roster has a lot of promise. All they have to do is find a way to squash the injury bug.