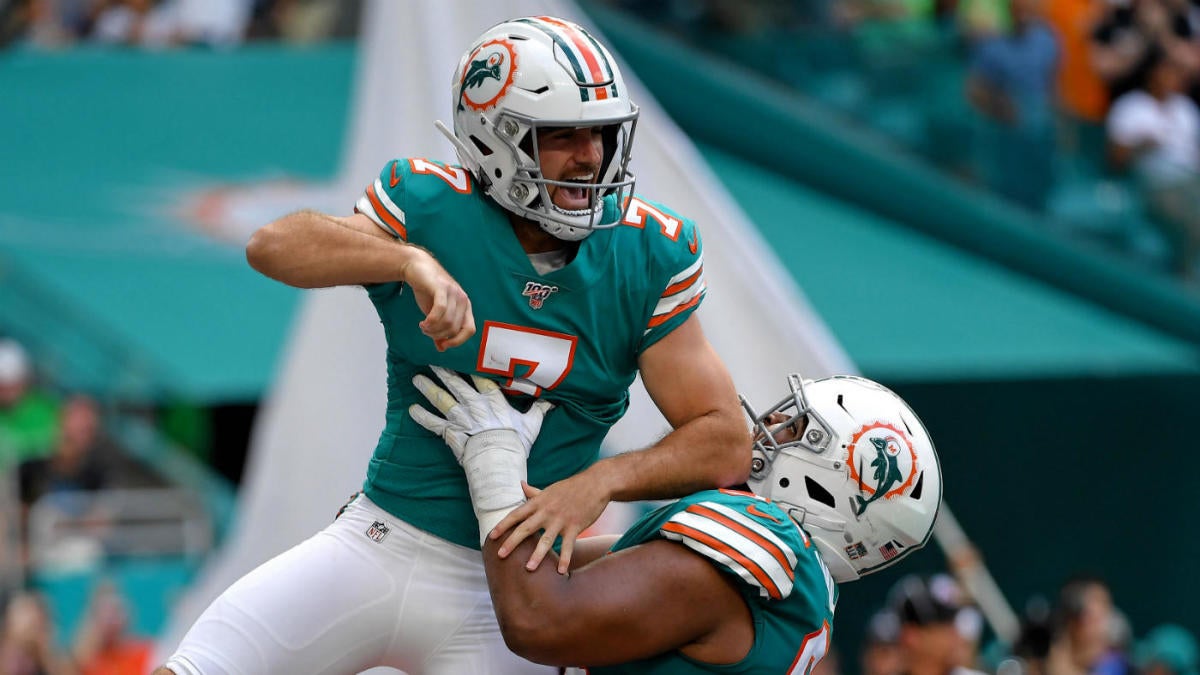 The Miami Dolphins executing a punter throwing a touchdown pass to a kicker didn’t just have the NFL laughing at executing the trick play of the season. A Dolphins player had to get in on the fun, especially at the Philadelphia Eagles expense.

Dolphins defensive tackle Christian Wilkins was caught pointing and laughing at Eagles players after celebrating with Dolphins kicker Jason Sanders after catching a touchdown pass from punter Matt Haack in the first half of Miami’s win over Philadelphia Sunday, one of the biggest upsets in the NFL this season.

Wilkins admitted after the game he was right in the middle of the celebration for a reason, making a point on how valuable kickers and punters are to a football team … even if they are specialists.

“That was awesome. Kickers and punters are people too. They are athletes too. I’m tired of them getting disrespected,” Wilkins said. “Those guys are athletes. It was good to see those guys have a little fun. I was happy for those guys.

“So now (Matt) Haack is officially the best quarterback on the team and the best receiver goes to Jason (Sanders). They are 100 percent on passes and catches, so it was good to see that.”

Haack had a 118.8 quarterback rating in the win, completing his only pass attempt for a 1-yard touchdown. Sanders catching a touchdown is even more impressive considering the starting wide receivers and running backs he matched or surpassed in the first touchdown catch of his career.

No disrespect was intended by Wilkins, just a player soaking in the moment of the feat he witnessed … on a play he had a role in executing.

“I was really happy for those guys,” Wilkins said. “I always like to celebrate with my guys, especially when other guys have success you always want to celebrate.

“First of all, respect to Philly because they are a really good team. That was not an easy win by any means. If we beat a team like Philly – how talented they are, they have the highest paid guys at multiple positions, they are so talented – so it just shows that we can compete with anybody and we can beat really good teams.”