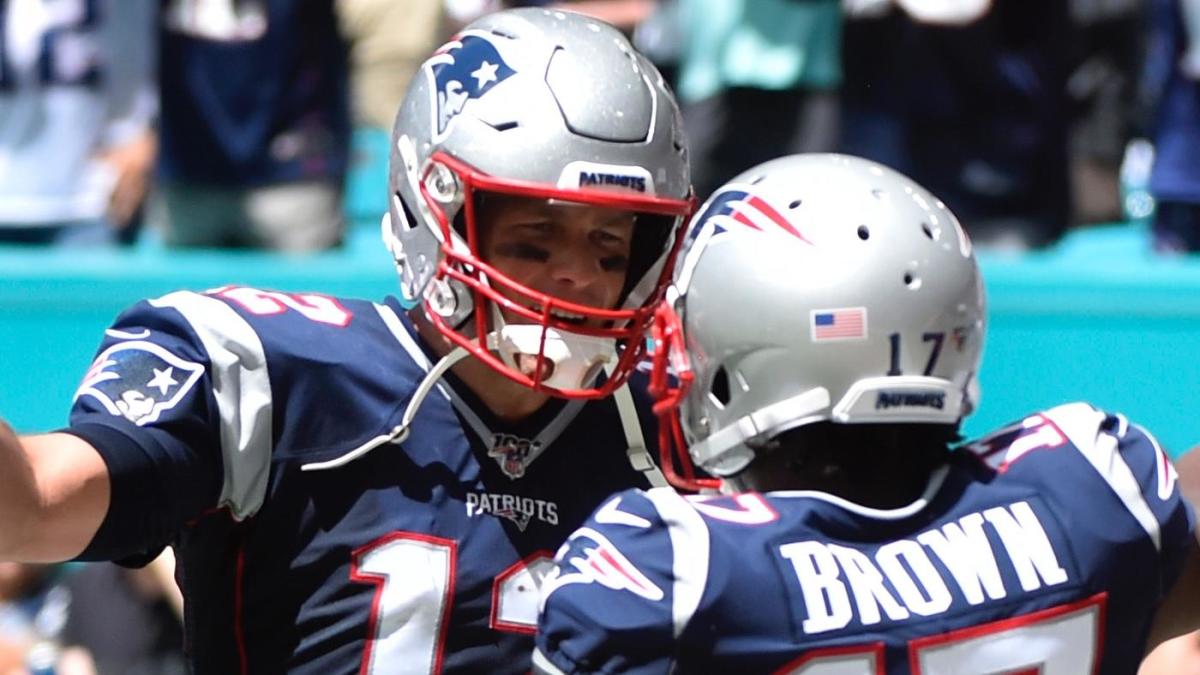 A.B. was in the holiday spirit and tweeted out a video captioned with a Christmas tree emoji during the Patriots’ 28-22 loss to the Houston Texans. The video featured highlights from Brown’s very short time with the Patriots and included some clips of former New England tight end Rob Gronkowski.

Set to Mariah Carey’s Christmas classic “All I Want for Christmas Is You,” Brown suggested that the two would be gifts to Brady.

Brown has been training while he waits for the NFL to announce what punishment, if any, he will have to serve after being accused of sexual assault by a personal trainer. According to CBS Sports’ Jason La Canfora, Patriots players and coaches would have no problem adding Brown back to the roster.

After the NFL’s decision comes down, Brown will likely have to make right with Patriots owner Robert Kraft, who released Brown after just one game with the team. Brown’s recent behavior on social media is likely not helping his case with the owner, though crazier things have happened.

The Patriots are sitting at 10-2, but their offense has not looked up to par. The offensive line saw early-season struggles due to injury, but even with Brady having a season-high average amount time in the pocket Sunday night, his receivers were not able to make much happen until the very end of the game.

Even with 326 yards, three touchdowns and one interception, the numbers do not tell the entire story and he only completed 51.1 percent of his passes. Brady was visibly fired up and asked his receivers to be “more explosive” on offense in the Texans loss.

New England dropped to the No. 2 seed with the loss coupled with the Baltimore Ravens‘ win over the San Francisco 49ers.