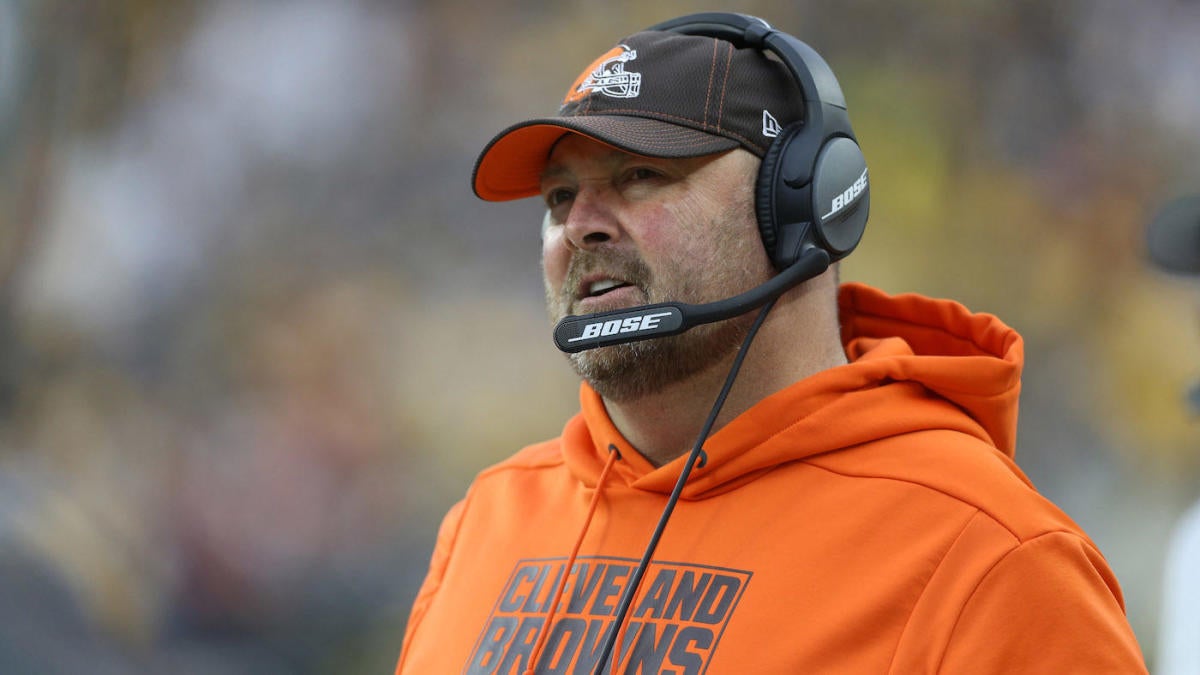 The Pittsburgh Steelers got revenge on the Cleveland Browns in the highly-anticipated AFC North showdown on Sunday, as Devlin Hodges led his team to a 20-13 win. The last time these two teams faced off, the game ended on a violent note. Words were said, helmets were swung and when the dust settled, 33 players were disciplined, both franchises were fined a quarter of a million dollars and Myles Garrett found himself suspended indefinitely.

While Garrett swung Steelers quarterback Mason Rudolph’s own helmet at him, many viewed Rudolph as the initiator of the incident. Browns fans were upset when he was not handed a suspension. While Sunday’s game went without fisticuffs, both teams were still emotional over the incident — especially since Browns head coach Freddie Kitchens sounded off in his own way about the episode.

The pregame hype surrounding the rematch centered around T-shirts. Browns receiver Jarvis Landry was spotted wearing a “revenge” shirt as he entered Heinz Field Sunday morning. Several Steelers players were also seen wearing “Free Pouncey” shirts in reference to the two-game suspension Maurkice Pouncey was handed for his role — or lack thereof — in the melee. Two days earlier, coach Kitchens was spotted wearing a “Pittsburgh Started It” shirt, referring to the idea that Rudolph was the initiator of the fight.

Obviously, several Steelers heard about the shirt and they thought it was a poor decision for an NFL head coach to make.

“I thought it was pretty stupid,” Steelers offensive lineman David DeCastro said after the game, according to ESPN. “That’s a lot of bulletin board material. I don’t know why you do that as a coach. I just don’t get that. Of course it’s going to motivate us. What are you thinking? It’s just not smart.”

Several players viewed Kitchens’ decision in contrast to Steelers head coach Mike Tomlin, who repeatedly refused to sound off about the incident.

“You just don’t see that from upper management. We all got to grow as professionals in some sense. I’m glad coach T (Mike Tomlin) doesn’t do anything like that.”

The Steelers feel as though they got the last laugh in this situation. They got their revenge with a win on Sunday, they are still solidified in the playoff race and by next week all players who were suspended will be back while Garrett remains sidelined indefinitely.