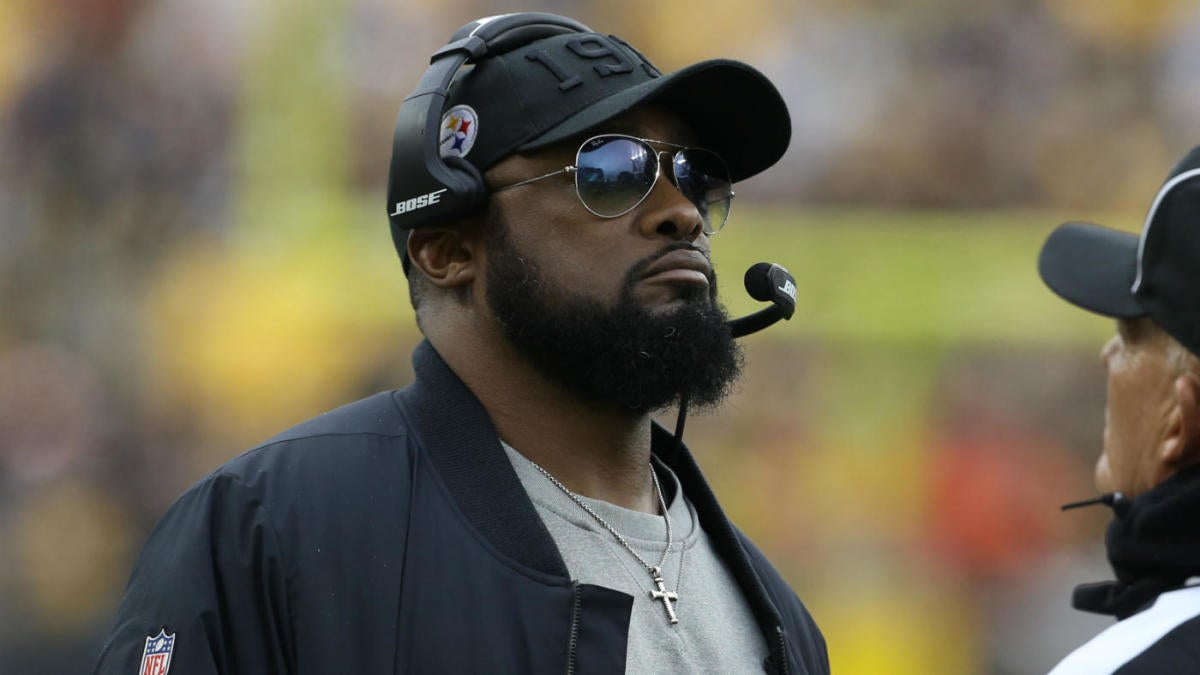 For all that Steelers coach Mike Tomlin and general manager Kevin Colbert have accomplished, and for all of their exemplary work over the years, this may be their best job yet. And after a spirited comeback win over the Browns on Sunday, you can’t help but wonder if this wild ride continues into January.

Let’s be real – the Steelers have no business being 7-5 and controlling their own destiny for a playoff berth in the final month of the season. Not after all of the ugly fallout with Antonio Brown and Le’Veon Bell, and not with Ben Roethlisberger‘s season consisting of six quarters of work this season. Yet seemingly every move they make continues to pay off big-time, and this gutsy outing against Cleveland ensures yet another year when the Steelers are playing meaningful football games down to the very end.

All they did Sunday was stomp out Cleveland’s playoff hopes in what was yet another challenging week for Pittsburgh. Tomlin made the heady call to bench third-round pick Mason Rudolph in favor of undrafted rookie Devlin Hodges at quarterback, despite going into this pivotal game without his Pro Bowl center, best wide receiver and top running back. Oh yeah, and they spotted the Browns 10 points in this rematch of their brawl-filled loss to Cleveland from just over two weeks ago, but responded with poise and acumen to systematically take over the game after the slow start.

Hodges was hardly spectacular, but he can dodge and dart around outside the pocket and extend plays and make things happen. He completed three massive passes to receiver James Washington, including a vital touchdown heave, at a time when the offense had displayed nothing to that point, and the Steelers won as they generally do, with a suffocating defense.

Once again, safety Minkah Fitzpatrick was a force, as he has been since the moment the Steelers traded for him (controversially, to some) early this season. Bud Dupree, whom some did not believe was worthy of having his fifth-year option picked up, once again rewarded that decision, wreaking havoc on a porous Browns offense line and making several big plays.

The Steelers kept their cool despite all of the emotion attached to this game, and despite falling behind right away. They found a way to win ugly on a day in which they had no running game to speak of and in which Washington caught four balls for 111 yards and no one else had even 30-yards receiving. They found a way to keep their season alive, again, and Tomlin has to be on the shortlist of coach of the year candidates.

While catching Baltimore for the AFC North crown doesn’t seem feasible, the Steelers could certainly bump up to the fifth seed (they host the Bills in Week 15), and if nothing else have managed to turn what easily could have been a lost season into a remarkably wild and compelling ride.

At least a half dozen coach searches on the way

The 2020 coaching cycle is starting to come into focus.

This was a defining week for several franchises, with the Panthers‘ soul-crushing loss to lowly Washington likely more than enough to prompt new owner David Tepper to make big changes in January, and the Jaguars‘ debacle against Tampa – trailing 25-0 early and finally, mercifully, yanking error-prone QB Nick Foles (their $50M man) – must do the same for owner Shad Khan. Add that to a Thanksgiving in which the Cowboys, Falcons and Lions all suffered losses only added to likelihood of changes in those places, too. Throw in the Skins – who fired their coach weeks ago – and you have at least a half dozen searches ahead.

It’s difficult to see much of anything happening in those cities to stem the tide of change. It’s beyond desperate in all of those spots. And while the Giants aren’t in the business of firing coaches every two years, generally, an eighth straight defeat will be hard to overlook. And we’ll see how under-fire first time head coaches like Freddie Kitchens and Nick Fangio finish up.

It’s going to be another very active carousel, which could end up including half a dozen GM changes as well.

Ravens prove a point in close win over Niners

The Ravens winning ugly was a statement. They had been blowing people out for like two months and were always playing with an early lead that soon morphed into a big lead. Sunday, they were in a street fight with the 49ers and managed the game expertly on field and on the sidelines and didn’t get caught up in doing anything except for whatever it would take to score one more point than their opponent. It was a different kind of day for Lamar Jackson, who had to struggle for every yard, and it could end up proving huge dividends come January. Playing without starting center Matt Skura – against the best defensive line in football – was always going to be a big chore, and the inside run game was bottled up, but Greg Roman called an excellent game and Lamar didn’t try to do too much. The 49ers rode their outside zone running game to a near win under very trying circumstances. Would love to see what a rematch between these two teams in perfect weather conditions would look like …

Look out for the Titans. Their schedule is no joke, but neither are they. They blew a close game open in short order by picking off Jacoby Brissett, blocking a field goal for a score, picking Brissett again, and having Ryan Tannehill (5-1 as a starter) throw a game-clinching, 40-yard touchdown strike. Tannehill was under duress all day, with the Titans offensive line getting whipped and taking five sacks in the first half alone, but he played tough, didn’t throw any picks (17 for 22), and finished with a QB rating of 131.2 (he’s a top-five rated passer since replacing Marcus Mariota). With two games to play against division-leading Houston, anything is possible.