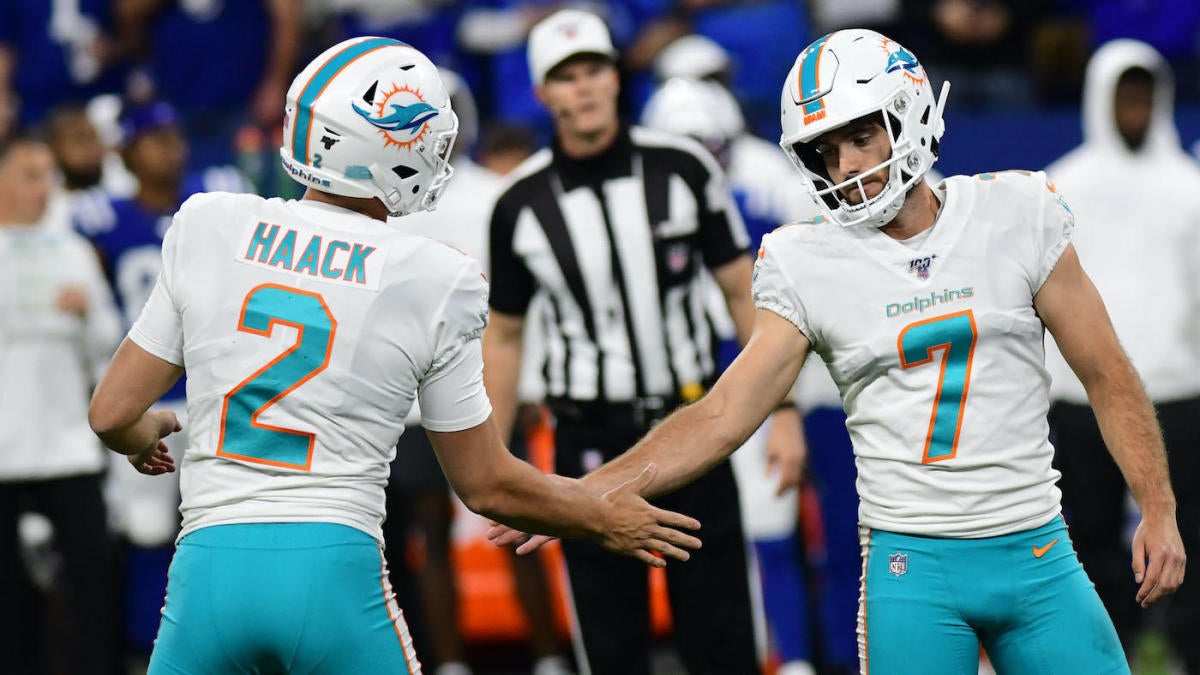 The Miami Dolphins found a way to pull of the trick play of the 2019 NFL season, and it came against the head coach who pulled off the “Philly Special” in the Super Bowl. On a fourth-and-goal from the Philadelphia Eagles‘ 1-yard line, the Dolphins set up a unique formation which the punter lined up in shotgun formation, clearly showcasing the Dolphins had no intention to kick the ball on the play.

Here’s where the chaos ensued once Dolphins punter Matt Haack received the snap:

Haack appeared to have two options, run the ball and try to score the touchdown, or throw it to an open receiver — which ended up being Dolphins placekicker Jason Sanders for the score. The Eagles were completely fooled on the play, as Sanders just went right past Eagles defensive end Josh Sweat on the route. Once Sweat bit on the fake, Haack flipped it to Sanders for the touchdown that would give the Dolphins a 14-13 lead over the Eagles late in the second quarter.

If Haack held onto the ball another second, Eagles defensive end Vinny Curry would have gotten to him and the Dolphins would have been humiliated. Instead it was the Eagles who were embarrassed on a play that appeared destined for failure.

Per CBS Sports HQ, Sanders is the first placekicker (by primary position) to catch a TD since Jim Turner on October 16, 1977.