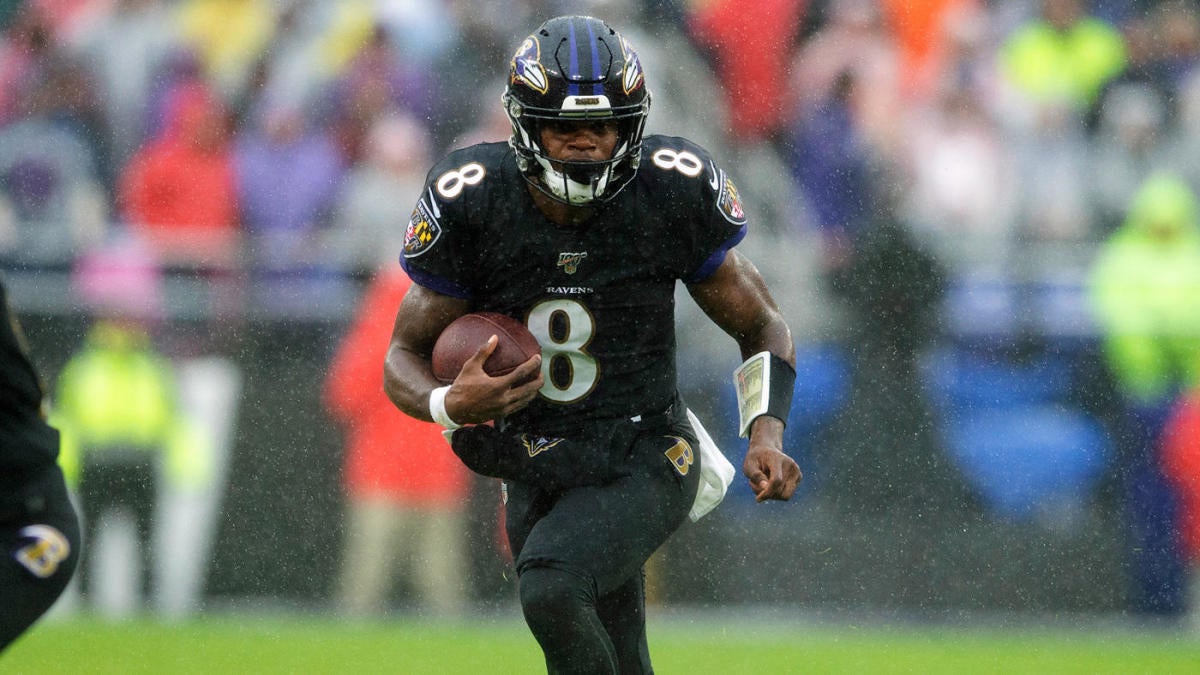 Just when you thought everything was going to be obvious in the playoffs, the Houston Texans go out and throw a major monkey wrench in the Patriots‘ plans to wrap up the top seed, thumping the Pats on Sunday night in Houston. Because of the Texans’ win, the AFC is suddenly wide open at the top. Both the Ravens and Pats are 10-2 and look like the best bets for the top two seeds.

However, the Ravens have a tiebreaker over the Pats by virtue of their head-to-head win in Baltimore a few weeks ago. Also, the Chiefs, at 8-4, are about to head to New England and play the Pats. Beat the Patriots and you’re just one game back of New England for a bye with the tiebreaker in hand.

Oh, and let’s not forget the Bills are lingering with a chance to snipe the division. In fact, the Bills can actually steal the No. 1 overall AFC seed still — if they win out (they play the Ravens next week and have the Patriots again) and the Chiefs beat the Pats next week, Buffalo would be the top seed in the AFC. This race is going to be wild down the stretch.

The Ravens did it again, managing to win their eighth straight game with a thrilling victory over the 49ers at home on Sunday afternoon. It required a Justin Tucker field goal to make it happen, and the Ravens looked like they were living on the edge for a while, but they toppled the best team in the NFC and are staking their claim to get homefield advantage throughout the playoffs.

The Patriots lost to the Texans and looked very vulnerable, especially on the offensive side of the ball. The Pats haven’t been very good offensively for a few weeks now.

The Texans put together an incredible performance against the Patriots on Sunday night, beating the Pats at home to give themselves a real chance at making a push up the AFC standings.

The Chiefs laid wood on the Raiders Sunday afternoon, easily beating Oakland 40-9 in a game that was never really very close. Patrick Mahomes hasn’t been exceptional since his injury, but the Chiefs defense has drastically improved over the last month or so. They’re still vulnerable against the run, but this looks like a team that could be terrible for most of the year and suddenly peak on defense as the playoffs roll around. The Chiefs should be in cruise control for the AFC West at this point, but lose the third seed tiebreaker to the Texans if the two teams tie.

The Bills are nearly locked for the playoffs at this point, having won nine games and seeing the rest of the AFC contenders suffer losses. It would take a total collapse for Buffalo to miss the playoffs. It’s hard not to be impressed by what they did in Dallas on Thanksgiving — that defense is legit in the secondary and Josh Allen is starting to sort of morph into a dangerous quarterback.

The Steelers just will not die. In fact, they’re killing off would-be playoff rivals behind Devlin Hodges, who replaced Mason Rudolph and has helped earn the Steelers a pair of division wins. Benching Rudolph was the smart move and the Steelers would be crazy to go back to him at this point. Hodges acquitted himself well against Cleveland and now the Browns are probably dead in the water.

7. Tennessee Titans (7-5): The Titans are suddenly rolling, having won three games in a row and looking substantially better on offense with Ryan Tannehill under center. The defense and special teams delivered big plays against the Colts as well, with a blocked punt making the difference as well as a couple key picks of Jacoby Brissett. They’re making a serious push in both the division and the wild-card races.

8. Oakland Raiders (6-6): The Raiders suffered a brutal blow to their playoff and divisional hopes over the last two weeks, including with Sunday’s loss to the Chiefs. The Raiders are just one game back of the Steelers, so they’re not dead yet, but losing to the Jets two weeks ago and no-showing against the Chiefs is certainly not helping matters.

9. Indianapolis Colts (6-6): The Colts are in a bit of a freefall now, having lost four of their last five games. That win against the Chiefs in Kansas City feels like forever ago. The kicking is a problem with Adam Vinatieri, and while Jacoby Brissett has been good, he’s made some key mistakes. With the Titans surging and the Texans looking sharp, it feels like the Colts might be in trouble.

10. Cleveland Browns (5-7): The Browns’ season probably officially died on Sunday. Maybe Pittsburgh started it, but the Steelers definitely ended it.

11. Jacksonville Jaguars (4-8): The Jaguars got embarrassed for the second week in a row, this time by the Buccaneers at home in a game where they were forced to bench Nick Foles for Gardner Minshew. Things are sinking fast in Jacksonville.

13. Los Angeles Chargers (4-8): The Chargers are a flaming disaster this season. That is all.

14. New York Jets (4-8): Another beatdown for the Jets, who became the first team to ever lose to two 0-7 or worse teams in a single season. Woof.

The 49ers played a heck of a game in Baltimore, taking the Ravens down to the wire. But ultimately Baltimore emerged victorious, setting up a huge battle between the Niners and the Saints next week for the top seed in the NFC.

The Saints took care of business on Thursday against the Falcons, although it got a little snug late. This sets up a massive matchup against the 49ers in New Orleans on Sunday. The winner probably ends up getting homefield advantage for the playoffs in the NFC. It should be a superb game. Also, they’ve already clinched what turned out to be a terrible division.

The Packers took care of the Giants with ease in a pretty big bounceback spot. They needed a win after getting knocked around by the 49ers in Week 12. I’m not sure it’s enough to catch anyone for the top seed, but with the Saints and 49ers playing next week and the Packers facing the Redskins, Green Bay will have a chance to catch one of those teams. They would lose a tiebreaker to the 49ers though, obviously.

Humiliating effort by the Cowboys at home against the Bills on Thanksgiving and it resulted in them having to field questions all week long about the Jason Garrett’s employment. The Cowboys get the Bears on Thursday night but they’re going to be targeting Week 16 against the Eagles as their chance to lock in the division.

The Seahawks play the Vikings on Monday night in Seattle.

The Vikings play the Seahawks on Monday night in Seattle.

7. Los Angeles Rams (7-5): The Rams flashed back to 2018 with a beatdown of the Cardinals on Sunday, keeping their very slim playoff hopes alive.

8. Chicago Bears (6-6): The Bears are probably dead, but they could certainly raise some eyebrows if they beat the Cowboys on Thursday night and get back above .500. They are certainly “in the hunt.”

9. Tampa Bay Buccaneers (5-7): Tampa isn’t making the playoffs, but the Bucs are definitely putting themselves in the position to bring everyone back for another run in 2020, including Jameis Winston.

10. Philadelphia Eagles (5-7): Hard to imagine a worse situation than Philly’s Sunday, with the Eagles looking to even things up with the Cowboys in the NFC East only to gag away a big lead to the Dolphins.

11. Carolina Panthers (5-7): Then again, the Panthers lost to the Redskins on Sunday and it probably signaled the end of Ron Rivera’s tenure in Charlotte.