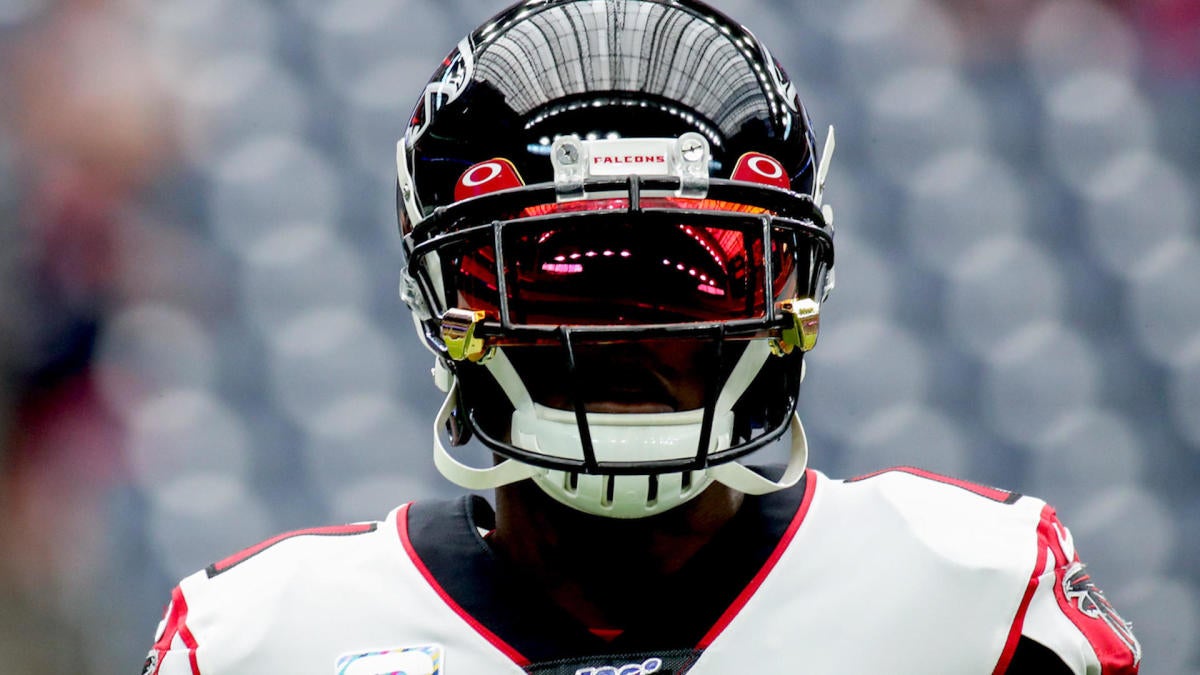 Bye weeks are over, so we’ve got tons of football on the schedule starting in Week 13, including three different games on Thanksgiving Day alone.

That means there are plenty of injuries to monitor entering the weekend. Will Tyreek Hill be back to full speed? How many starters will the Steelers be without for their crucial AFC North battle? Can T.Y. Hilton stay healthy to help the Colts against Tennessee?

Below, you’ll find all the notable injury news and notes you need ahead of Week 13 as teams begin to file their injury reports.

All that and more below.

With Stafford out again, the Lions are going to need a backup QB to take on the Bears for the second straight time this season. The only problem: Driskel is unable to reprise his role as starter, which leaves undrafted rookie David Blough as the QB1 for the Thursday matchup. Driskel will however be slated for backup duties. For what seems like the umpteenth straight week, the Lions may or may not also be without a few of their starting defensive linemen in a game where pass rush could be essential to disrupting Chicago’s inconsistent offense.

We all know by now that the Bears offense kind of lives or dies with the performance of mercurial QB Mitchell Trubisky and/or coach Matt Nagy’s play-calling, but they will be a few weapons short against Detroit’s secondary, with Gabriel and Shaheen already confirmed out. The former is arguably the biggest loss for Chicago on Thursday, as he’s been one of the Bears’ bigger-play threats out wide. Massie’s absence will also put added pressure on the Bears’ blockers to hold steady against a solid Lions D-line.

As has been the case for a while, Buffalo is pretty healthy. Morse told reporters after the Bills’ last game, which he left early after hurting his right thumb, that he expected to be OK, but if he doesn’t suit up, the team could follow a strategy similar to the one it deployed against the Denver Broncos — with LG Jon Feliciano moving to center and Spencer Long taking over at LG.

The Cowboys are similarly healthy entering Thursday’s game but will once again be without one of their top young defenders in Vander Esch.

The Saints’ line is still pretty banged up, with both Armstead and Peat confirmed out for Thanksgiving. Otherwise, they’re healthy and obvious favorites for their rematch with Atlanta.

The Falcons, meanwhile, have confirmed RB Devonta Freeman (foot) is set to be back on the field and leading the rushing attack after missing two games. Jones is reportedly a game-time decision. If he’s unable to suit up, former first-round WR Calvin Ridley would likely be in line for extended targets from QB Matt Ryan (ankle), who was a full go at practice.

The Giants could be without a few weapons at home against Green Bay, as WR Golden Tate (concussion) and TE Evan Engram (foot) were both absent from this week’s first practice. Reserve TE Rhett Ellison (concussion) also remains sidelined, so Kaden Smith could once again get extended reps as a target for QB Daniel Jones.

Green Bay was without RT Bryan Bulaga (knee) on Wednesday. TEs Marcedes Lewis and Jimmy Graham, as well as DBs Tramon Williams and Will Redmond, were reportedly riding recovery bikes or off to the side of practice as other players went through drills.

Of Carolina’s play-makers, only WR Curtis Samuel (knee) was limited at practice due to injury on Wednesday. Fellow wideout D.J. Moore was also limited, but his early exit from practice was not due to injury.

After getting dinged up in Week 12, WR Paul Richardson (hamstring) was absent from Wednesday’s practice, paving the way for even more targets for rookies Terry McLaurin and Kelvin Harmon.

The Ravens lost Matt Skura for the season after the center was placed on injured reserve, and another interior lineman was unable to practice to start the week, with Bradley Bozeman dealing with an ankle injury. Defensive tackle Domata Peko (knee) also sat, while three player were limited, including linebacker Matt Judon (ankle) and defensive tackle Michael Pierce (ankle).

San Francisco could have RB Matt Breida back in action in Baltimore, as the rotational back practiced in limited fashion Wednesday, a sign of hope that he could play for the first time since aggravating an ankle injury in Week 10. WRs Deebo Samuel and Emmanuel Sanders (rib) were also limited and are on track to be questionable for Sunday’s big game.

A calf problem has hindered WR T.Y. Hilton for weeks now, and Wednesday was no exception, as the big-play target was limited at practice. He should, however, be ready for this weekend’s AFC South showdown, with coach Frank Reich declaring he suffered no setbacks in his long-term recovery of the injury. Reich has, however, already ruled out RB Marlon Mack (hand), so Jonathan Williams and Nyheim Hines figure to split carries.

RB Derrick Henry (hamstring), one of Tennessee’s best recipes for victory, was a limited participant at Wednesday’s practice. Ditto for WR Tajae Sharpe (hamstring) and CB Adoree Jackson (calf), among others. If Henry doesn’t progress throughout the week and fails to take the field in Indianapolis, backup Dion Lewis would seemingly be in line for a prominent role.

Two of QB Ryan Fitzpatrick’s pass targets, WRs Albert Wilson (hip/chest) and Allen Hurns (ankle), were limited in practice to start the week. The Dolphins are either going to need one of them to get healthy in a hurry or sign someone else to help back up DeVante Parker, as they just recently sent Jakeem Grant to injured reserve as well, leaving Wilson and Hurns as the only other active wideouts on the roster.

Days after cutting ties with Jordan Matthews, the Eagles seem to be getting healthier at receiver, with Nelson Agholor (knee) and Alshon Jeffery (ankle) both back at practice in full capacity Wednesday. Starting RT Lane Johnson, a vital piece of Philly’s O-line, has also been cleared for practice after missing Week 12 with a concussion. RB Jordan Howard (stinger) has not been cleared for contact, meaning he’s in danger of missing a third straight game coming off the bye — and allowing rookie Miles Sanders to start once again. TE Zach Ertz (hamstring) was also a surprise non-participant Wednesday, meaning backup Dallas Goedert could be someone to keep an eye on in fantasy.

Jacksonville was missing four players at Wednesday’s practice, two of which reside on the defensive side of the ball: DL Calais Campbell (back) and S Ronnie Harrison (concussion). Those starters would definitely be missed on Sunday, when the Jags will be tasked with stopping a Bucs offense that turns the ball over a lot but also moves the ball well. WR Chris Conley (hamstring) was also a limited participant two weeks after catching six passes from QB Nick Foles.

Tampa Bay had seven different defensive players either limited or completely out of practice on Wednesday. Among the most notable names sidelined was pass rusher Jason Pierre-Paul (knee), who didn’t take the field at all.

Remember, weeks ago, when Bengals coach Zac Taylor all but declared WR A.J. Green ready to return? Yeah, that’s still a long way off, it seems. Green was once again completely sidelined from Wednesday’s practice while recovering from his preseason ankle injury. Tyler Boyd and Auden Tate figure to get most of QB Ryan Finley’s targets out wide.

LB C.J. Mosley (groin) was held out of Wednesday’s practice, while a number of other regulars, including WR Demaryius Thomas (hamstring), OL Kelvin Beachum (ankle) and DL Henry Anderson (shoulder) were limited participants.

No. 1 Steelers WR JuJu Smith-Schuster (knee) was still sporting a “sizable brace” on Wednesday and looks like a relative long shot to take the field, at least in full health, in Sunday’s rematch with Cleveland, especially after missing practice to start the week. RB James Conner was also absent while recovering from an aggravated shoulder issue. If Conner’s unable to play again, the Steelers figure to rely on Jaylen Samuels and Benny Snell out of the backfield, with QB Devlin Hodges under center in place of Mason Rudolph.

The Browns could easily be without OT Greg Robinson, who remains in concussion protocol but has also struggled when healthy this season. A few other notable names were limited at Wednesday’s session — WR Odell Beckham Jr. (groin) and DE Olivier Vernon (knee) among them.

RB David Johnson is having a tough time with his reduced role in Kliff Kingsbury’s attack, but fellow back Chase Edmonds (hamstring) was limited at Wednesday’s session.

The Rams, meanwhile, saw both RT Rob Havenstein (knee) and TE Gerald Everett (knee) sit out practice ahead of their NFC West showdown.

RB Damien Williams (ribs) was a no-go to open practice this week, a strong indication he’s at least another week from returning after already resting up on the Chiefs’ bye. LeSean McCoy and Darrel Williams are slated to continue splitting reps in his place. WR Tyreek Hill (hamstring), meanwhile, practiced in full despite exiting Kansas City’s most recent game on the Chiefs’ opening drive and is fully expected to take the field against Oakland.

The Raiders didn’t have center Rodney Hudson (ankle) or receiver Hunter Renfrow (rib) to start the week, while rookie running back Josh Jacobs (shoulder) was among three players limited on Wednesday.

On the Chargers’ side, WR Mike Williams (knee) was limited Wednesday in his attempt to return to the field following a missed Week 12. OT Russell Okung (groin) was also a limited participant.

Houston appears to be getting healthier in the secondary, with CBs Bradley Roby (hamstring), Gareon Conley (hip) and Lonnie Johnson Jr. (ankle), as well as Ss Justin Reid (concussion) and Mike Adams (concussion) all taking part in Wednesday’s practice. Offensively, it remains to be seen whether WR Will Fuller (hamstring) will be good to go, though he was also a limited participant. Ditto for OL Tytus Howard (knee).

Eight different Patriots, including LB Jamie Collins and star CB Stephon Gilmore, were not at Wednesday’s practice, all of whom were listed with an illness. WR Phillip Dorsett has cleared concussion protocol but was still limited. Fellow receiver Julian Edelman was also a limited participant as part of continued recovery from a shoulder issue. WR Mohamed Sanu had the same designation with an ankle injury. And QB Tom Brady was a full participant after admitting this week he’s getting extra treatment for elbow pain.

Kirk Cousins might need all the help he can get taking on Russell Wilson in Seattle, but it looks like WR Adam Thielen (hamstring) is still a ways away from getting back to full health. The Vikings were reportedly scared Thielen suffered a setback early this week, then held him out of practice on Wednesday.