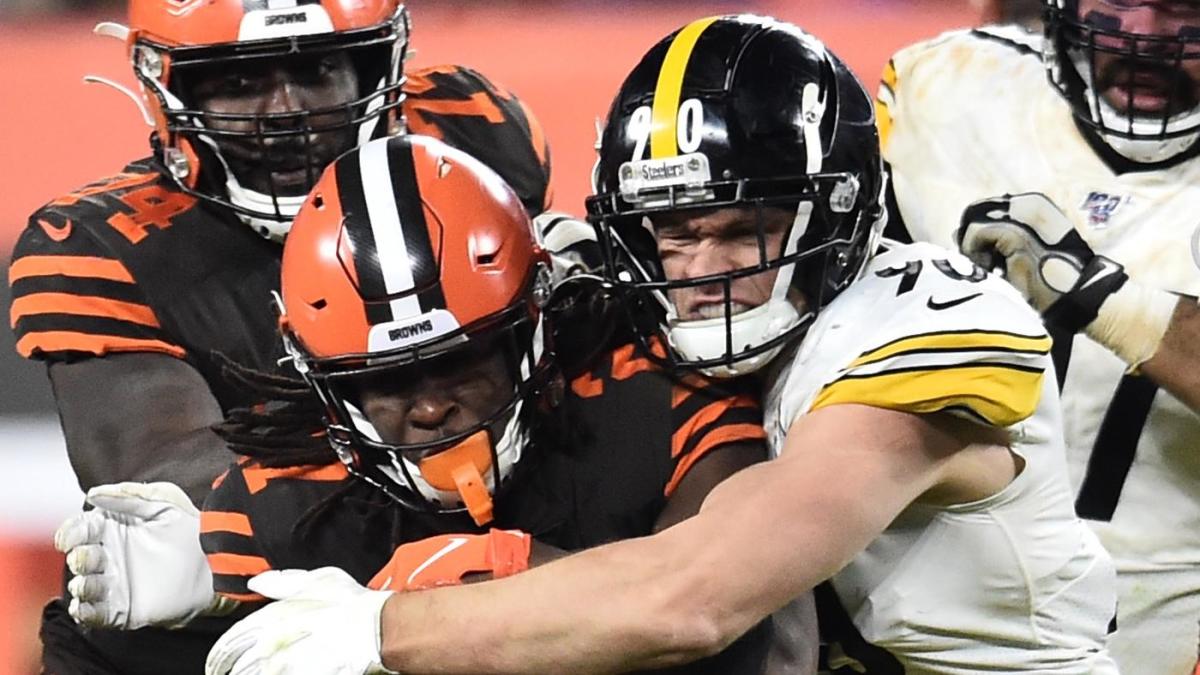 Ronald Reagan was president, the Berlin Wall fell, Marty McFly was traveling through time, Jack Nicholson and Michael Keaton starred in the first Batman film, and “The Simpsons” and “Seinfield” were making their TV debuts.

The year was 1989, which also happened to be last time the Steelers were underdogs at home against the Browns until this Sunday. The Browns, who defeated the Steelers in Cleveland two weeks ago, are 1.5-point favorites to defeat the Steelers for a second time this season. A win on Sunday would not only complete the Browns’ first season sweep of the Steelers since 1988, it would also be Cleveland’s first victory in Pittsburgh since 2003, a year before Ben Roethlisberger was drafted by the Steelers.

While the Steelers remain a game ahead of the Browns in the AFC North division standings, the Browns will come to Pittsburgh with a three-game winning streak. After a slow start, the Browns are starting to look like the team many fans and media analysts were picking to win their first division title since 1989. In Sunday’s 41-24 win over the Dolphins, the Browns racked up 30 first downs and 467 yards of total offense. Quarterback Baker Mayfield had no issues getting the ball to receivers Jarvis Landry and Odell Beckham Jr., who combined to catch 16 passes for 232 yards and three touchdowns. Nick Chubb, who has already eclipsed 1,100 rushing yards for the season, ran for 106 yards on 21 carries, while Kareem Hunt scored his first touchdown since being activated in Week 9.

Sunday’s game will surely be an intense one, as it will be played a little over two weeks after the fight that took place between Browns pass rusher Myles Garrett and Steelers quarterback Mason Rudolph. Garrett was suspended indefinitely by the NFL after slamming Rudolph in the head with Rudolph’s own helmet. Last week, Garrett, during his appeal, said that Rudolph called him a racial slur during the altercation, an accusation Rudolph has vehemently denied. Despite not having Garrett, the Browns sacked Dolphins quarterback Ryan Fitzpatrick four times while holding Miami to just 284 total yards. Browns defensive lineman Sheldon Richardson recorded two sacks and a forced fumble, while linebacker Joe Schobert recorded two interceptions.

Who will start for the Steelers at QB will be among the main storylines heading into the game. Rudolph, who threw four interceptions in Pittsburgh’s Week 11 loss to Cleveland, was benched on Sunday after his struggles continued in Cincinnati. He was replaced by rookie Devlin “Duck” Hodges, who directed three scoring drives while launching a 79-yard touchdown pass to receiver James Washington. While Pittsburgh head coach Mike Tomlin has not named a starter, Jim Wexell of 247Sports believes that Rudolph will remain the starter with Hodges having proved himself as a capable “relief pitcher.”

The Steelers are surely hoping to follow in the footsteps of the ’89 Steelers, a team that overcame an 0-2 start to earn a playoff spot with a 9-7 record. In the playoffs, Pittsburgh upset division rival Houston before falling by a point to the eventual AFC champion Broncos in the divisional round. That team, after losing to the Browns by 51 points at home in Week 1, defeated Cleveland in the rematch. If the current day Steelers can follow suit, they will not only settle the score from Week 11, they will greatly improve their playoff chances heading into the final month of the regular season.

Given what the Steelers have been through over the past year, the fact that they are even in the playoff picture is something Pittsburgh’s players are not taking for granted.

“We have been through so much with this team, we have been through everything you can think of,” Steelers linebacker Bud Dupree told the Tribune-Review‘s Chris Adamski following Sunday’s win in Cincinnati. “Adversity has struck us in so many different ways, starting off with our coach (receivers coach Darryl Drake) dying, then Ben getting hurt, other guys dealing with issues off the field, other players getting hurt, JuJu and those guys getting hurt on the field as well, AB (Antonio Brown) leaving the program … We have just been through so much, and for us to even be in this situation is a blessing for all of us.

“We try to let coach Tomlin know we got his back in as many ways as possible, and we want to keep fighting because this is probably the only team in the league that has been through the situations that we’ve been through, but we are built for getting through it all the time.”