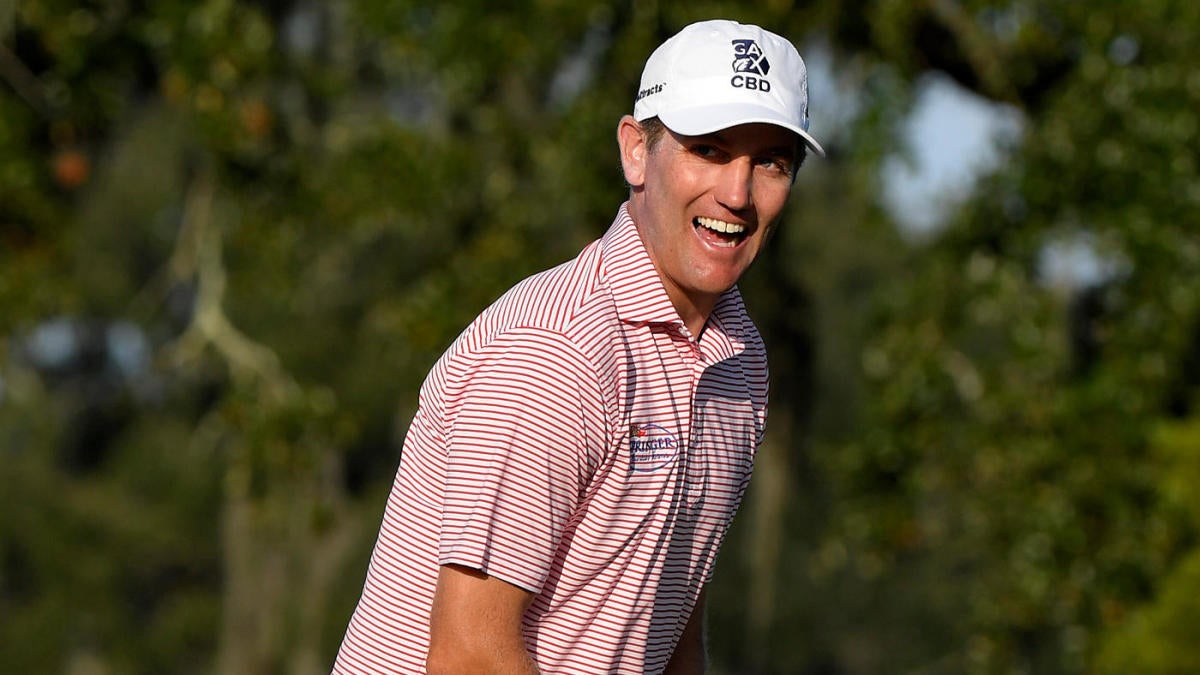 ST. SIMONS ISLAND, Ga. (AP) — A few years removed from battling the full yips, Brendon Todd has a chance to be mentioned alongside Tiger Woods and Dustin Johnson as he goes for a third straight PGA Tour victory.

Todd felt like he couldn’t miss Saturday at Sea Island and he rarely did. With six birdies on the front side of the Seaside Course, he shot an 8-under 62 to tie the 54-hole tournament record and build a two-shot lead in the RSM Classic.

Not since Dustin Johnson in 2017 has anyone won three straight starts on the PGA Tour.

Not since Tiger Woods in 2006 has anyone won three straight tournaments on the PGA Tour schedule.

Todd has a chance to join both Sunday even as he tries to keep it in perspective. For Todd, it’s not about going for three in a row. It’s about posting a good score in the final round.

He figures his battle with the yips should help.

“I think I’ve had to be so disciplined over the last year mentally about just focusing in on ever shot that I’m aiming to kind of use that experience to my advantage now,” he said.

Todd was at 18-under 194, who shots ahead of Webb Simpson (63) and Sebastian Munoz (66), who already has won this season at the Sanderson Farms Championship.

Tyler Duncan, who started with a two-shot lead, made 18 pars for a 70 and was four shots behind.

Simpson and Todd played junior golf together in North Carolina, and he says Todd often got the best of him being a grade ahead. They have remained close, and Simpson said Todd confided in him while struggling with his game.

“I think it’s remarkable,” Simpson said about Todd’s turnaround. “He’s a good friend of mine and to show the resilience of not playing well, to come back and stay in it and get one win and then two in a row, and now he’s playing great again. I’m really happy for him.”

Todd opened with birdie putts from 20 feet and 12 feet, added a few short ones in the middle of the front nine, holed a birdie putt from just inside 30 feet on No. 8 and closed out the front nine with a 12-foot birdie.

He hit every fairway. He missed only one green.

“It was like a video game out there today,” Todd said. “Just thrilled with the way I’m hitting it and feeling out there.”

Todd also had a number of putts touch the hole. He said the only putt he hit all day that he knew was not going in was at No. 3.

No one had ever won twice in the fall in the six previous years the PGA Tour went to a wraparound season. Todd has a chance for three victories, which would push him over $3 million for the year before the PGA Tour takes a five-week break.

He doesn’t expect anything to change from when he won the inaugural Bermuda Championship, followed by a victory last week in the Mayakoba Golf Classic.

“Just get into my little zone and attack the golf course like I’m trying to go shoot nothing because that’s been my mindset every day for the last three events, and there’s really no reason to change it just because I’m near the lead,” Todd said. “And whether it happens or not … I’m not going to feel good or bad about myself, I’m just going to keep attacking.”