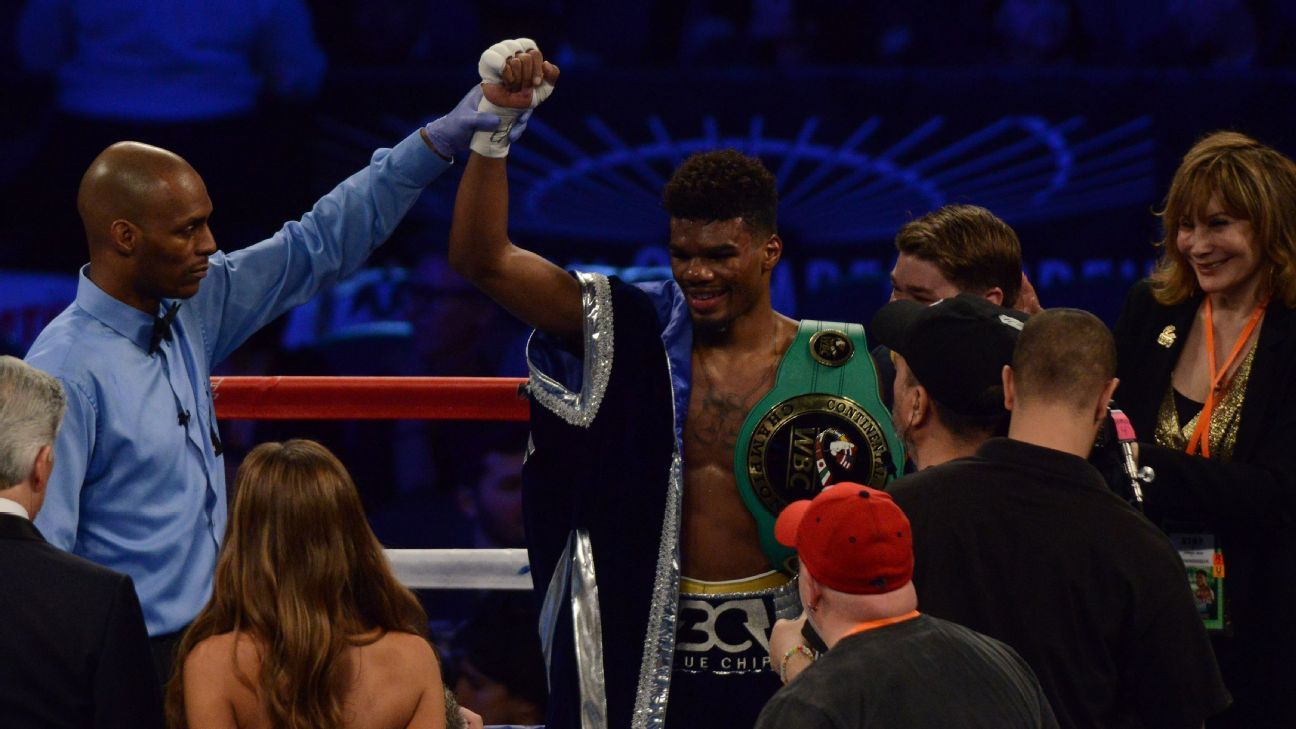 Junior welterweight Ryan Martin has been suspended for four years by UK Anti-Doping because he tested positive for two banned substances following his fight with Josh Taylor on Nov. 3, 2018.

Taylor knocked out Martin in the seventh round of their quarterfinal bout in the World Boxing Series tournament at the SSE Hydro in Glasgow, Scotland, and went on to win the tournament and unify two world titles last month. Martin, meanwhile, tested positive for two banned substances and was charged with an Anti-Doping Rule Violation.

“Mr. Martin tested positive for the presence of the prohibited substances androsterone and [etiocholanolone] (metabolites of testosterone) following an in-competition test, after his bout against Josh Taylor,” UKAD said in a statement.

Martin also tested positive as part of the Voluntary Anti-Doping Association’s testing for the fight as part of the WBC’s Clean Boxing Program. It is unclear why it took one year for the suspension to be issued by UKAD, which is the national doping agency in the United Kingdom.

The suspension, however, is backdated to Nov. 3, 2018 and expires Nov. 2, 2022. Martin, who has claimed the positive tests were the result of contaminated supplements, can appeal.

“With the number of cases we are currently seeing where an athlete is claiming their failed test is due to contaminated supplements, it is vital all athletes check and double check any supplements they plan to use,” UKAD CEO Nicole Sapstead said in a statement. “UKAD would always promote a food-first approach to nutrition. Where supplements are deemed a requirement, the ingredients should be checked against the (Word Anti-Doping Association) prohibited List and the supplement itself checked. If in any doubt, it is simply not worth the risk.”

Martin (22-1, 12 KOs), 26, of Chattanooga, Tennessee, was a standout amateur and was getting tremendous exposure on Gennadiy Golovkin undercards, which helped him land a spot in the eight-man World Boxing Super Series.