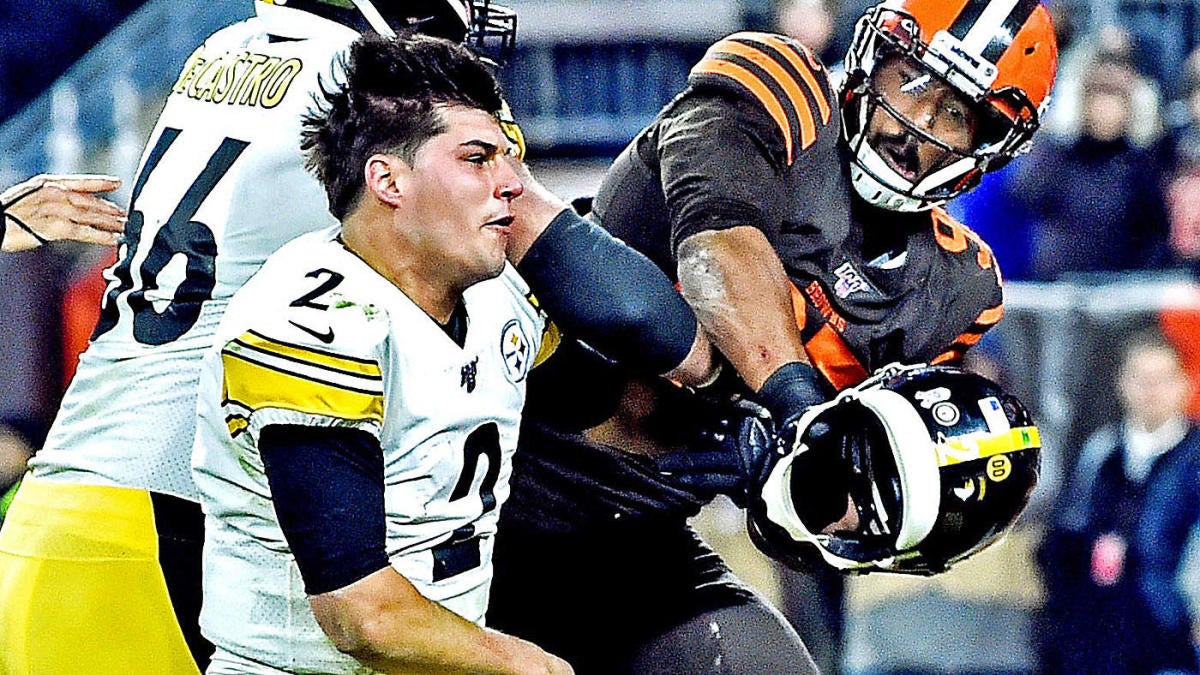 The NFL has had to deal with a very unfortunate situation over the last week in the aftermath of last Thursday’s game between the Cleveland Browns and Pittsburgh Steelers. Browns defensive end Myles Garrett took Steelers quarterback Mason Rudolph to the ground at the end of the game and ripped his helmet off before striking him with the helmet.

Garrett was suspended indefinitely but claimed on Thursday that Rudolph used a racial slur during the altercation. On Thursday’s installment of “Nothing Personal with David Samson,” Samson discussed the controversial topic and admitted that the claim is irrelevant in terms of the suspension Garrett received.

“It’s one thing when they’re dealing with violence,” Samson said. “You know that they’ve got violence during the game, they’ve got violence after the whistle’s been blown. What the NFL does not want to deal with is anything racially related. So if you’re going to play the race card, you better have evidence to back it up. It became very clear that Myles Garrett did not have that evidence. Even if he did, my argument is that the suspension would be upheld because this is something that the NFL and the union is not going to fight for.”

Samson also said he believes that Garrett was trying to get the indefinite portion of his suspension taken off. In addition, the NFL is dealing with a very controversial situation and had to make an example out of Garrett for his actions on the field.

At the very least, Garrett is suspended for the remainder of the 2019 season, which will be comprised of the regular season and postseason if the Browns were to reach that point. Garrett can apply for reinstatement after the season, but there’s no guarantee that the league will grant him admittance.

As the matter currently stands, very few players have publicly said that they heard such a racial slur come from Rudolph.