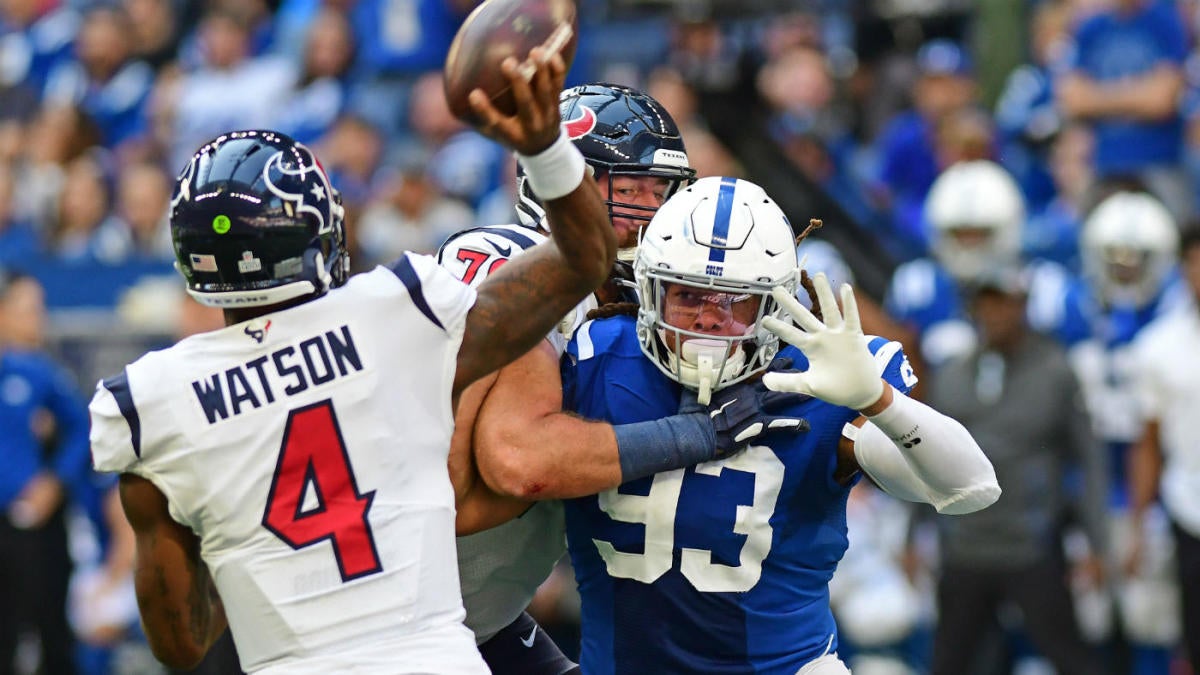 Carmelo Anthony really is a godsend to the content creators of America. How nice of him to not only return to the NBA, but to join a team that played its first two games on days that aligned with my top picks. Usually, there is some unifying theme at play here connecting the picks, but this week has been entirely Carmelo-centric.

At least today has a bit more going for it. The AFC South might get decided on “Thursday Night Football,” and an undervalued team continues to fight for the respect it deserves, but make no mistake, my eyes will be trained firmly on Carmelo, and so should yours.

AFC South games tend to exist within their own dimension. The laws of the standings rarely apply, especially when the Colts and Texans are involved. These games are almost always close. Since 2014, every game that these two teams have played except one has been decided by one possession. That spans multiple quarterbacks for both sides and two separate Indianapolis head coaches. Given that trend and Houston’s general inconsistency, it would be wise to take the points and just assume that this game winds up being relatively close.

SportsLine expert R.J. White is an impressive 23-10 in his last 33 Colts picks, and he’s released a strong spread pick for Thursday night’s game. Check out which side of the matchup he loves over at SportsLine.

You literally could not ask for a worse opponent to play against while integrating Anthony into a system. The Bucks take the second-most 3-pointers per game in the NBA, and asking Anthony to close out on their elite shooters before he gets into game shape is a disastrous proposition. He likely won’t draw the primary Giannis Antetokounmpo matchup, but switches will force him into that position plenty. While this year’s Bucks have only played four home games, last year’s had arguably the best home-court advantage in the league, outscoring opponents by 11.5 points per 100 possessions in Milwaukee. Without Damian Lillard, this game will be a bloodbath.

DFS millionaire Mike McClure has been cashing for his followers all NBA season, with a majority of his optimal tournament lineups delivering returns. You can see all of his optimal lineups for multiple DFS sites on Thursday only at SportsLine.

Even if the Pelicans were completely healthy, Phoenix simply isn’t getting the respect from the books yet that its play warrants. They have the NBA’s third-best record against the spread at 9-4, and with the league’s 10th-best net rating against a difficult schedule, a home game against a relatively weak opponent should not come in at fewer than five points. If Vegas still insists on undervaluing the Suns, it makes sense to keep playing them.

CBS Sports analyst Barrett Sallee is on another heater with his college football best bets in 2019, going 24-11-1 on the season. He’s laying the wood with Michigan (-9), but see who else he loves this week only at SportsLine.