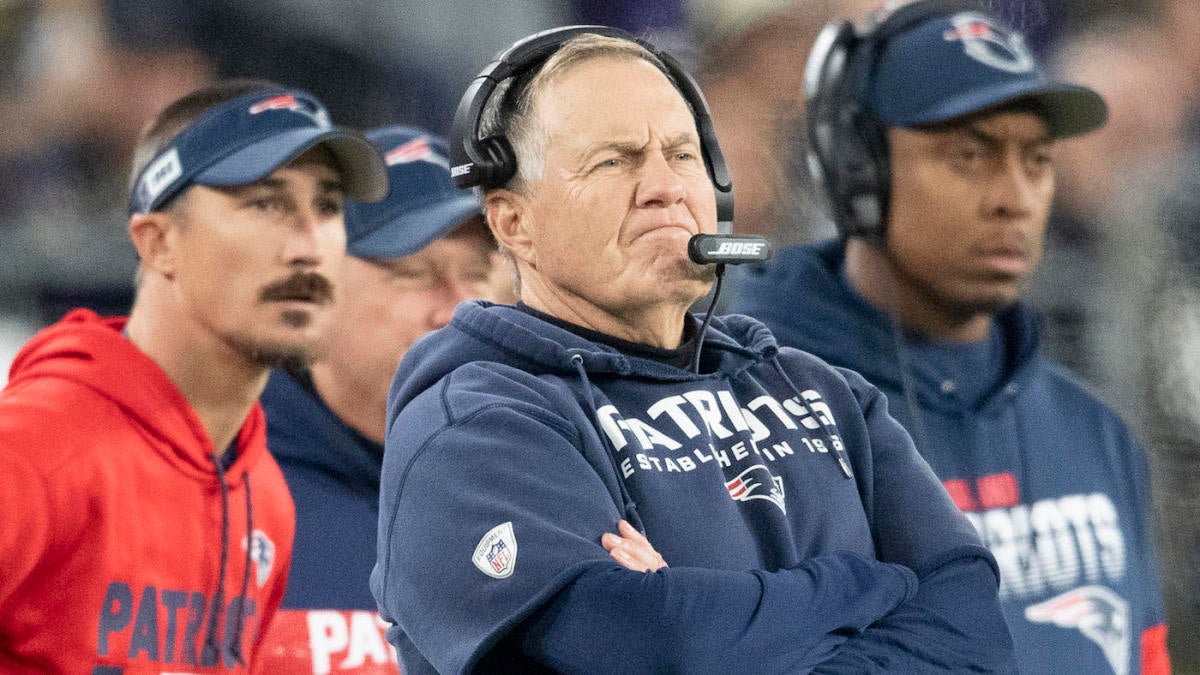 Had Bill Belichick referenced “Snapface” during his Wednesday press conference, we’d be looking at Patriots bingo. While we didn’t get that, the head coach had one of his more wide-ranging chats with the media this season.

The most newsworthy of topic, of course, centered around Antonio Brown, who publicly apologized to owner Robert Kraft on social media on Tuesday for disparaging comments he made about him following his release from the team earlier this season. There’s been some speculation that this could eventually lead to a reunion, but Belichick was not much for words on this subject, giving a rather icy answer.

“You’d have to ask Robert about that,” he said. “I mean, every week you guys ask me about players not on our team and so every week it’s going to be the same answer.”

Things did turn a little more playful with the head coach when the other viral story of Tuesday involving Jerry Jones was brought to his attention. The Cowboys owner told a story about a run-in he had with Belichick back in the mid-1990s at a ski resort. It was there that the future Patriots head coach — who was just fired by the Cleveland Browns —  told Jones, “I can coach. If you ever get and opportunity, don’t forget about me.”

“Jerry was easy to spot — big white jacket with a blue star,” Belichick said with a smirk. “I don’t know if I quite remember it the way Jerry described it, but he’s probably got a better memory than I do.”

Of course, we know that Jones never picked up the phone to call Belichick and bring him to Dallas; that pairing only lives in some sort of alternate reality. For the here and now, they’ll square up against one another in what is a highly impactful matchup in terms of the current NFL playoff picture. At 6-4, Dallas is looking at the No. 4 seed in the NFC, while the 9-1 Patriots are top dogs currently in the AFC.

New England may be the No. 1 seed at the moment, but the offense has struggled over the course the season. When asked about how the offense and the team as a whole can prepare to face Dallas, Belichick threw a dig at “experts” who say they know how this game will play out prior to it actually being played and then quoted United States president Dwight Eisenhower, which was the proverbial hanging on the rim after a thunderous dunk.

“Look, I would say when you game plan in this league you never really know what the other team is going to do,” he said. “I know there are a lot of experts out there that have it all figured out. Unfortunately, I’m not in that group.

“The team’s played four, five, six other teams and they’ve done different things against different teams for different reasons. Then they play you, you haven’t played them, so you don’t really know what they’re going to do. Are they going to treat you the way they treat somebody else? Are they going to treat you differently than you they treated somebody else? It’s not the same plays, it’s not the same players, so there’s always an element of ‘Alright, well here’s what they did in the last four games,’ but that’s not against you. Teams will do different things against your team than they’ve done against other team. As they should.”

He later added: “It’s just like [Dwight] Eisenhower said, preparation is important for the war, and once the battle starts, you can just throw it all out the window – you play the war, fight the battle. That’s what we do.”

It’s not the first time Belichick has invoked that Eisenhower quote, which actually goes, “In preparing for battle I have always found that plans are useless, but planning is indispensable.” Here’s what he said before the Patriots squared off with the Colts in the AFC Championship in January 2015: