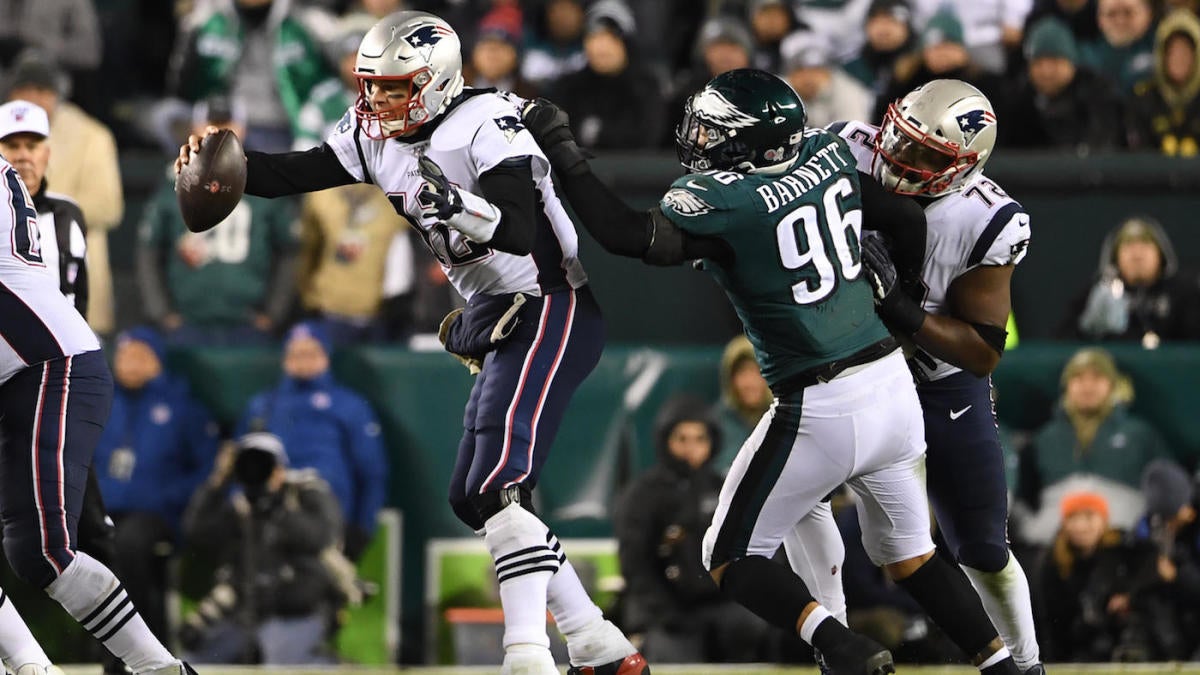 This is sure to rub the New England Patriots the wrong way, but it wouldn’t be the first time Rex Ryan has done so. Although they landed a win against the Philadelphia Eagles in Week 11 to prevent hitting their first two-game slide of the 2019 season, the offense was only able to muster 17 points while it the defense [again] carried the victory — holding the Eagles to only 10 points, and none in the second half.

Tom Brady shared his subdued frustration with media following the victory, admitting the team isn’t 9-1 because of what they’re doing — or rather not doing — on offense.

Brady and the Patriots had no issue scoring points over the majority of the season, but have noticeably cooled as of late.

To Brady’s point, though, their offensive prowess has been predicated upon landing added possessions given to them by the best takeaway defense in the NFL. That was until they faced the Baltimore Ravens in what became their first loss of the season, when the takeaways immediately dried up, and the unit has since delivered zero interceptions in their last two contests — making it no coincidence the offense is averaging only 18.5 points per game over that same span. For contrast, the Patriots inhaled a league-best 19 interceptions over their first eight games, and the offense averaged 31.25 points per game en route to an 8-0 record.

So, what’s the issue? Is this a Patriots team that will find itself forced to win a Super Bowl behind a league-leading defense, and not because of the play of six-time Super Bowl champ Tom Brady?

Having spent time as head coach the Buffalo Bills in 2015-2016, the head coach of the New York Jets from 2009-2014, and as a longtime assistant coach for the Baltimore Ravens prior to that, Ryan has never been shy in voicing his disdain for a Patriots team he mostly found difficulty defeating when he was in the NFL.

“They don’t have any speed,” Ryan said on ESPN’s “Get Up.” “There’s no threats. Their two best receivers are both slot receivers. In other words, they need to be off the ball to be effective.

“Why did they bring in Antonio Brown with a laundry list of things? Why? Because they needed a weapon. Why did they draft a guy in the first round? This team is short of talent and [Brady] knows it.”

He didn’t stop there, either, particularly tearing into the Patriots offensive line.

“That left tackle [Marshall Newhouse], is that me blocking?” he said. “They have got to get Isaiah Wynn back in a hurry. Wynn better come back. He’s a legitimate talent taken in the first round at left tackle. Right now, that guy [Newhouse], oh my god.

“They can’t protect the quarterback, they can’t run the football, but what they can do is play great defense.”

And then came one last parting shot, using the word “last” here very lightly, but “shot” quite heavily.

“I would have killed to have defended this [Patriots offense],” Ryan said.

The Patriots offense he was forced to contend with beat him nine out of 12 times over the span of two head coaching gigs, but long gone are the days of Randy Moss and any other high-powered down-the-field receiving threat, and former first-round pick Sony Michel doesn’t appear as explosive in Year 2. The latter tidbit could easily be attributable to the lack of a downfield threat along with offensive line issues, which allows opposing defenses to key in on stopping the run.

While Brady will likely find a bit of disgust in hearing Ryan rip his offense, the fact remains Ryan isn’t entirely wrong — if at all.