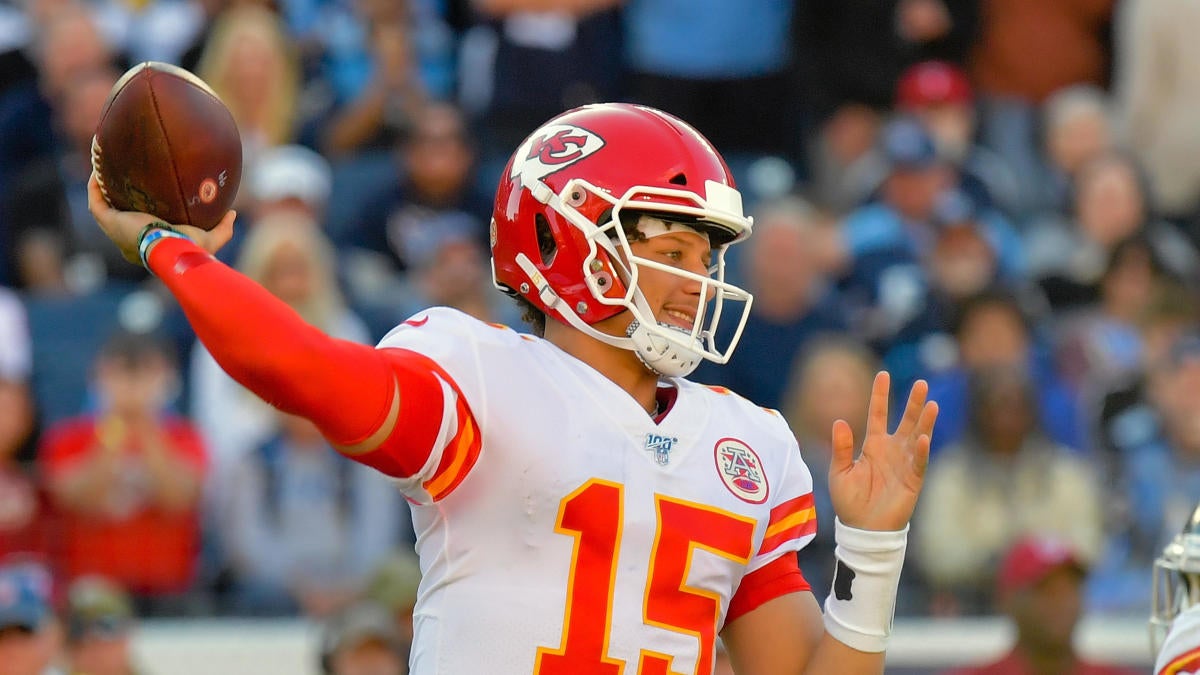 The Kansas City Chiefs will almost certainly not be securing themselves a first-round bye this season, but they still have a path to at least a home playoff game, and it involves maintaining their lead in the AFC West. Heading into their “Monday Night Football” date with the division-rival Los Angeles Chargers, the Chiefs hold a lead over the Raiders only by virtue of the tiebreaker. That makes this pre-bye contest one with significant playoff implications because a Chargers victory would not only drop Kansas City’s record to 6-5, but raise LA’s to 5-6, creating a muddled picture near the top of the division.

Can Patrick Mahomes and crew extend their division lead, or will Philip Rivers and the guys make things a bit more interesting in Mexico City? ESPN will televise the game and it set to kickoff on Monday evening at 8:15 p.m. ET. The Chiefs opened at 5-point favorites in a line that has since dropped to just 4 points. The over/under has remained stagnant at 53 points, per Sportsline.

A wild Week 11 is almost in the books, but there’s still one game left. Fortunately Will Brinson are here to break everything down on the Pick Six Podcast. Listen below and be sure to subscribe right here for daily NFL goodness fired into your eardrums.

Without further ado, let’s break the game down to find a winner.

Patrick Mahomes returned to action last week, looking no worse for the wear despite missing a couple of games due to a dislocated knee. The Chiefs offense, in turn, picked up essentially right where it had left off when Mahomes originally went out — a very good but not necessarily unstoppable unit that can nevertheless score from anywhere, at any time.

It’s unfortunate that Mahomes has essentially missed three games this year because if he hadn’t it’s extremely likely that he’d be in the inner circle of MVP candidates along with guys like Russell Wilson, Lamar Jackson, and Dak Prescott. While his otherworldly touchdown rate from last season (8.6 percent) has come down a bit (6.2 percent); his completion percentage has stayed stead, he is averaging more yards per attempt than a year ago, and he has sliced his interception rate to pieces (2.1 percent to 0.3 percent).

In other words, he has been very nearly as good as he was a season ago, but in a slightly different way. (By the way, Mahomes threw for 5,097 yards last season and has thrown for 2,626 in 7.5 games this season. That’s obviously a nearly 5,500-yard full-season pace.) Mahomes has done this despite playing for much of this season without his No. 1 target (Tyreek Hill), his left tackle (Eric Fisher), and his left guard (Andrew Wylie), and with a rotating cast of ineffective running backs that have repeatedly left him to bail the team out of bad situations.

On Monday night, he’ll go up against a Chargers defense that is as healthy as it’s been all season — for whatever that’s worth. (Derwin James, Adrian Phillips, and Nasir Adderley are all still on IR; but at least Melvin Ingram, Denzel Perryman, Thomas Davis, Justin Jones, and Roderic Teamer are all healthy.) When at its best, this LA defense can get after the passer with the best of them: Joey Bosa and Melvin Ingram are a devastating pass-rush duo, and they should have the advantage against the Chiefs’ tackles on Monday — especially if star right tackle Mitchell Schwartz is playing banged up, as it appears he will be.

The Chargers have not been as strong on the back end this season as they were a year ago, which obviously will happen when your top three safeties are out. But Desmond King has backslid a bit this year, even if he has cleaned things up of late. The same thing is true of Casey Hayward, who has gone from being one of the best cornerbacks in the NFL to just being very good. Michael Davis, Rayshawn Jenkins, and Jaylen Watkins are capable, but not stars.

It’s hard not to think that Kansas City has the advantage on the perimeter, what with Mahomes’ group of weapons at full strength at this point. Hill is a big play waiting to happen. Travis Kelce is the best field-stretching tight end in the NFL. Sammy Watkins has been a target machine this year but somehow has not had a blow-up game since Week 1. Mecole Hardman might have just scored a 75-yard touchdown as you were reading this sentence. And if you want to go watch a highlight reel of Mahomes’ wildest plays, I promise you will find Demarcus Robinson all over it.

The Chargers have been a bit worse against the run than the pass this season, but A. the Chiefs have been ineffective running the ball; and B. the Chiefs don’t appear to have much interest in running the ball. It appears that Damien Williams has reclaimed the lead role among the running backs over the past couple weeks, though it’s worth noting that A. he missed practice time this week due to a personal issue; and B. Andy Reid has shown he will willingly swing in the complete opposite direction in his backfield at a moment’s notice.

When the Chargers have the ball

Here’s what I wrote about the Kansas City defense in our Week 10 recap:

It might be time to discuss whether Kansas City’s defense is bad enough to undermine its season. The Chiefs rank 20th in yards allowed per game and 19th in points allowed per game, but they’ve been helped out by poor opponent field position and they still rank 23rd in points allowed per drive. They’ve also rarely forced turnovers and they’re one of just 12 teams allowing a score on at least 39 percent of opponent possessions. According to Sharp Football Stats, Kansas City is also allowing opponents a 55 percent success rate on running plays, eight percent worse than the league average and second-worst in the league to only the Packers.Patrick Mahomes was good enough last season to overcome a similarly-bad defense. Is the same true this year?

So, can the Chargers take advantage of this situation, as the Colts, Texans, Packers, and Titans have before them? It depends on which version of the Chargers shows up to the game. Is it going to be the version that hung 30 points on the Colts in an overtime win back in Week 1 or that beat the Packers two weeks ago? Or will it be the version that got smoked by the Duck Hodges-led Steelers in prime time or lost to the Raiders last week? Unfortunately for prognosticators, there’s really no way to tell which version of the Chargers will show up in any given week. That’s what makes them the Chargers.

Much of whether they can compete in this game may come down to whether the defense can hold up, but if they want to replicate the formula that has worked for previous Chiefs opponents, it’s going to involve running the ball and doing it well. Their two primary backs, Melvin Gordon and Austin Ekeler, are each averaging south of four yards per carry this year. Gordon’s at 3.5, while Ekeler is at 3.8.

The Chargers have force-fed Gordon the ball since he returned from his contract holdout, but that’s been especially true in the past two games. He received 40 combined carries against the Packers and Raiders, taking them for 188 yards and three scores. Ekeler has 24 combined touches in those two games, with 18 on the ground and six through the air. That’s probably not the most efficient mix for the Chargers under most circumstances (Ekeler has been the more efficient option, for the most part), but it may make sense against Kansas City, which tends to struggle more with downhill runners than scat-back types. (Josh Jacobs, Mark Ingram, Kerryon Johnson, Carlos Hyde, Derrick Henry, and Marlon Mack are the six backs who have run for 99 or more yards against Kansas City this season.)

The Chiefs will be without defensive ends Alex Okafor and Emmanuel Ogbah in this game, though, so it might be a good opportunity to test the edges of the defense with screens and outside zone type runs. The screen game could be particularly useful given the Chargers’ propensity for allowing quick pressure on Philip Rivers, and it could help keep the pass rush at bay by planting the idea of the screen in the back of their minds.

When Rivers looks downfield, he’ll probably see Charvarius Ward and Bashaud Breeland on the outside against Mike Williams and Andre Patton. What he sees in the slot will depend on whether Kendall Fuller, who is listed as questionable, is able to make a go of it. If Fuller can play, he’ll be the guy who spends the most time on Keenan Allen. If he can’t, then it’ll be Rashad Fenton. Obviously, one of those scenarios provides an enormous advantage for the Chargers and the other does not. It’s worth noting that the Chiefs are fifth in DVOA against tight ends in the passing game this season because Hunter Henry has taken over a significant role in the offense since his return from injury.