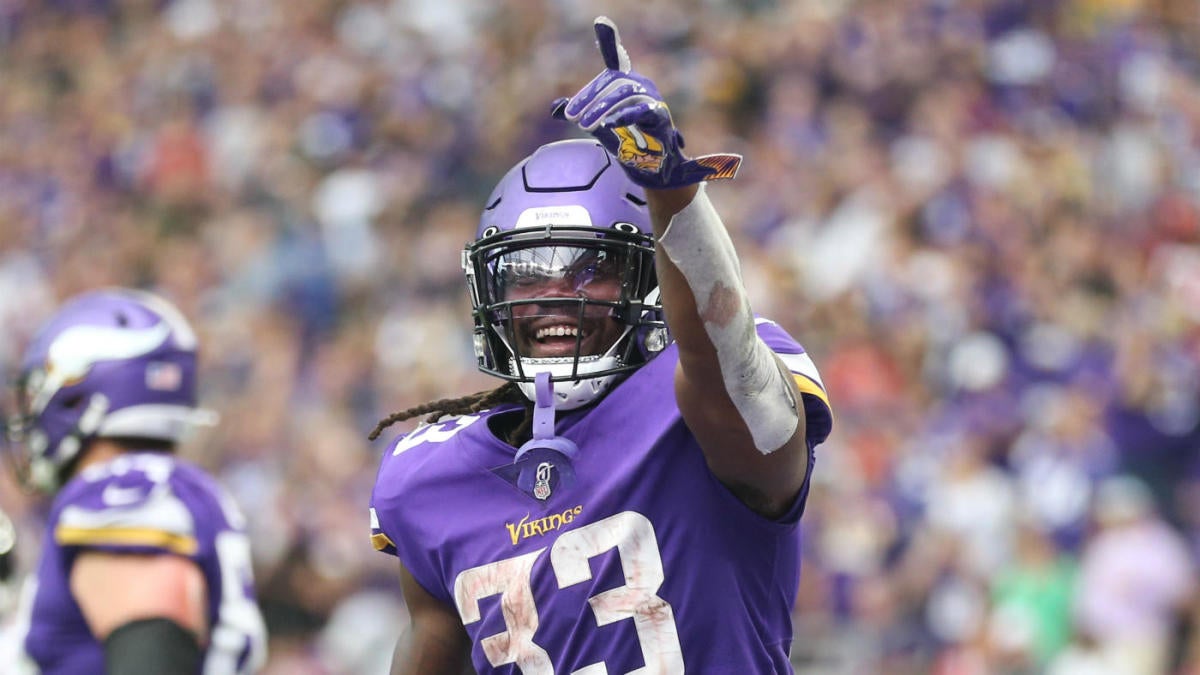 Man the season is flying right along. Here we are, in Week 11, staring down football’s stretch run through the holidays. That means we need money for Christmas presents, which means we need to get hot on these picks. 2019 has been a good year for these best bets, with me checking in close to 60 percent. The last few weeks evened things out, but that’s OK. A nice little 4-2 run last week was only marred by my freaking moneyline parlay missing because the Rams couldn’t do anything agains the Steelers. That hurts even more having watched the Steelers on Thursday. Blargh.

We’ll get it this week though, by going with a standard two-team ML parlay and easing back on the throttle. Let’s get to the picks now but make sure to check out the Pick Six Podcast below. Hit the play button, hit the subscribe button and enjoy eight mirth-filled NFL podcasts per week, all for the low cost of nothing.

This is a HUGE number. I don’t think most people will want to back the Vikings as a double digit favorite, even at home, even against Brandon Allen. But I will! The historical numbers don’t exactly back this up: the Vikings are just 1-3-1 against the spread since 2015 as a home favorite of double digits. But looking at the games, I think you can find some reasons why they didn’t hit the number. The Redskins game this past year was on a short week and Mike Zimmer had zero interest in running up the score on Bill Callahan, who had zero interest in sticking around Minnesota. The year before Arizona was down 27-10 before they stormed in the backdoor late in the fourth quarter. Buffalo in 2018 was a straight up loss, in a lookahead spot for the Vikes. The beat the Bears in 2017 by 13 but didn’t cover a huge number. The Broncos have scored 20+ points just three times this season and Mike Zimmer’s defenses have traditionally taken care of business against teams starting young quarterbacks early in their careers. Brandon Allen is on his second start, has a bad offensive line and the Vikings can limit the run game here. Noah Fant and Courtland Sutton are fun weapons, but I don’t think this team challenges the Vikings down the field the way a squad like the Cowboys would.

Who should you back against the spread, on the money line and the total in every Week 11 NFL game? And which Super Bowl contender goes down? Visit SportsLine to see their NFL cheat sheet, all from the model that is up almost $7,000 on its top-rated picks.

This is an enormous number as well. Maybe I’m a sucker! I love being a sucker. I don’t care. Here’s what happens in this game: Josh Jacobs runs for 200 yards. That’s my bold prediction of the week. The Bengals are giving up 5.2 yards per carry and 173 rushing yards per game on the ground to opposing offenses. They are lifeless in terms of rush defense. People want Jon Gruden to slow down with Jacobs’ carries, but I believe he has serious motivation to crank it up. By giving Jacobs a ton of carries and piling up his stats, he can get Jacobs to Offensive Rookie of the Year status. If that happens, and the Raiders finish with a better record than the Bears, there will be tons of think pieces written about how Gruden won the Khalil Mack trade. Gruden wants that. You know what else? Paul Guenther wants to blow out the Bengals, who would never give him the job. And he gets to play against a rookie quarterback in Ryan Finley, plus an overmatched coach in Zac Taylor. The Raiders defense will be swarming at home and they might win this game by 30 points.

I am just sitting here shoveling chalk in my mouth right now. The Patriots as a very popular road favorite where the line hasn’t moved? Hahaha what a donkey I am. Again, don’t care. Look, the Patriots are incredible off their bye. Bill Belichick is 14-5 straight up off the bye and 9-2 straight up off the bye when on the road. He’s also 9-2 against the spread off a bye on the road. His only two losses (and non-covers) were against the Steelers in 2011 (No. 1 defense in football) and Panthers on MNF in 2013 (No. 2 defense in football). The Eagles are not one of the two best defenses in football and have a suspect secondary. Mohamed Sanu and Julian Edelman are going to run wild. Also, bit of a revenge spot here for Belichick, because he’s playing the guy who beat him in the Super Bowl two years ago, Doug Pederson. It might be just another week in the public, but I don’t think that’s the case privately, especially with the Patriots coming off a loss as well. Love it more at -3 obviously if you’re inclined to buy a point.

You think Saints-Bucs and you think shootout right? Well, that makes some sense. But these two teams actually don’t light up the scoreboard that much when they meet up in Tampa. Since 2010, the under is 7-2 in these type of games. The lowest total we’ve seen is 44 in that stretch, with several of them finishing in the 50-point range. Only twice has this matchup gone above 50 points in that stretch. Drew Brees doesn’t throw the ball down the field, and the Saints will be content to hit Michael Thomas over and over and over and just move the chains. No Marshon Lattimore could mean Mike Evans getting deep, but I think the Bucs will try to play some ball control as well. The Tampa setup just isn’t conducive to a track meet. Give me the under easily here.

This is such a low total with a weird line (Redskins opened up as one-point favorites and the number has climbed!). I’m a little concerned that Dwayne Haskins actually lights the scoreboard up and hits Terry McLaurin deep a couple times against a terrible Jets secondary. But I also know that Bill Callahan will establish the run in a big time way. He is going to feed Adrian Peterson and Derrius Guice (probably more the latter) and he’ll make this a very short game with minimal plays. The Jets are not some high-paced team either. They are dead last in yards per drive and dead last in plays per drive. They rank 31st in time of possession per drive. This should be an easy under and even more so if the weather cooperates. The forecast calls for 12 mph winds right now and it’s going to get ugly in D.C. on Monday. If the weather rolls in early this is a 9-6 special.

This is the number we have for the Westgate. It is currently up to 51.5, although it’s juiced to the under a bit. The only thing I’m a little concerned about is wind: it looks like 13 mph wind gusts are being called for at M&T Bank Stadium. If that number moved up, this could be a swing back to the under because of the passing we need. But I’m willing to bet that Deshaun Watson and Lamar Jackson have a similar matchup to what we saw in college, when the two combined for eight total touchdowns as No. 5 Clemson beat No. 3 Louisville 42-36. The Ravens are willing to burn clock on their drives, but they also put up a ton of points. The Texans are not afraid to get involved in a shootout. Watch out for the weather and wind here, but I like these teams to put up some numbers in what should be the best game of the week.

Not sure what we could possibly be missing here. The Rams and Bears are both terrible offenses and very good defenses. Mitchell Trubisky can’t hit open receivers and Jared Goff has zero time in the pocket with which to throw. There’s going to be pressure coming from Khalil Mack in this game. The Bears will have seen what the Steelers did to neutralize Cooper Kupp (double teams on third down) and they should do the same, forcing the Rams to adjust. Will they? We haven’t seen a ton of that from Sean McVay thus far this year against good defenses. I firmly believe this will be a game where both teams come out tentative on offense, trying to ensure they don’t make any mistakes and establishing the run against tough fronts. It won’t work, we should get some punts and then this ends up being like 14-10 or something of that nature. If there’s an early score, like there was in Cleveland-Pittsburgh on Thursday, be ready to live the bet the under when it spikes up to 45 or so.

Moneyline Parlay of the Week

Going back to the dogs and taking two teams we have in the parlay below. So if the Jags or Dolphins get blown out, we’re in trouble here. But I don’t think they will. Miami is playing hard and Buffalo isn’t that great of a team. The Dolphins can win that game. The Jags are coming off a bye, getting Nick Foles back and should be motivated to make a playoff run.

This thing was a massive loser again, going 2-2 and never really having a chance, again. We will get one of these. I swear we will. It involves several of the picks above, which is not unusual, but all the picks are derived from the podcast (again, listen above and subscribe!).