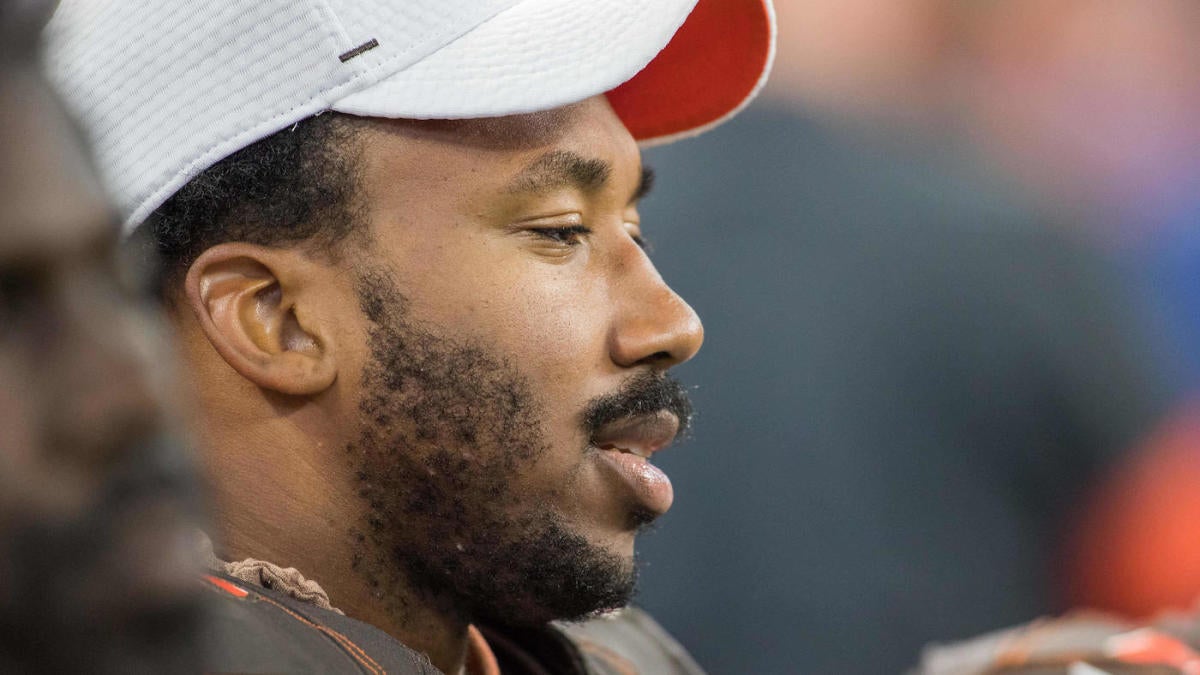 It was an unspeakable act that could’ve ended tragically, and while it didn’t, the fallout from Myles Garrett swinging a helmet at the unprotected head of quarterback Mason Rudolph on “Thursday Night Football” was massive. The NFL issued an official statement on Friday that included the decision to suspend Garrett indefinitely, but his troubles may not end there. Cleveland Police were seen leaving the Browns locker room after the game, and Rudolph’s agent has not ruled out potential legal action, with possible assault charges hanging in the air.

It began as a normal football play wherein Garrett would sack Rudolph with only seconds left to play and with the Browns 21-7 victory well in hand, but immediately devolved into pure anarchy. Footage shows Rudolph struggling with Garrett’s helmet, and while it’s yet unclear if his hand was stuck or if he was genuinely trying to forcefully remove it, Garrett doing so to Rudolph before then taking a massive swipe at his head leaves no room for interpretation — visually.

Former NFL great DeMarcus Ware understands the latter point completely, but something doesn’t sit right with him about how it all went down. He believes there’s something else that occurred prior to the helmet swing that set off Garrett, and he wants to know what that something was.

“I woke this morning and I saw Myles Garrett — the things that transpired [against the Steelers] at the end of the game, and yeah, it was a heated time,” Ware said. “But my question is: are we going to get to the problem of what triggered it? What causes the violence in the NFL when so many kids look at us as role models? Are we going to get to the bottom of what really happened, instead of what we actually saw?”

Myles Garrett completely lost it during the Browns’ win over the Steelers on Thursday Night Football, and Will Brinson, John Breech, Ryan Wilson and Sean Wagner-McGough are here to break it all down on the Pick Six Podcast. Listen below and be sure to subscribe for daily NFL goodness.

He also wants the game cleaned up, and pronto — because children are watching.

“And that’s what really pisses me off, because we make so many excuses about, ‘Well what about this or what about that?'” he said. “There is no freaking excuse. When you’re out there tarnishing the crest of the NFL, and you’re a role model, you need to own up to that.”

Garrett spoke with media following the game and admitted he “made a mistake”, with Rudolph calling the act a “coward move” and labeling it “bush league.” For Ware, he remains conflicted over what he saw versus the type of person he believes Garrett to be.

“Knowing how Myles Garrett is — quiet demeanor,” Ware said. “I trained the guy in the offseason and saw him at the Pro Bowl. Can we get to the bottom of what the hell just happened? What triggered it? I’m out.”

The NFL has made it clear there will be more punishment handed down for all they deem worthy, but time will tell if that includes Rudolph.