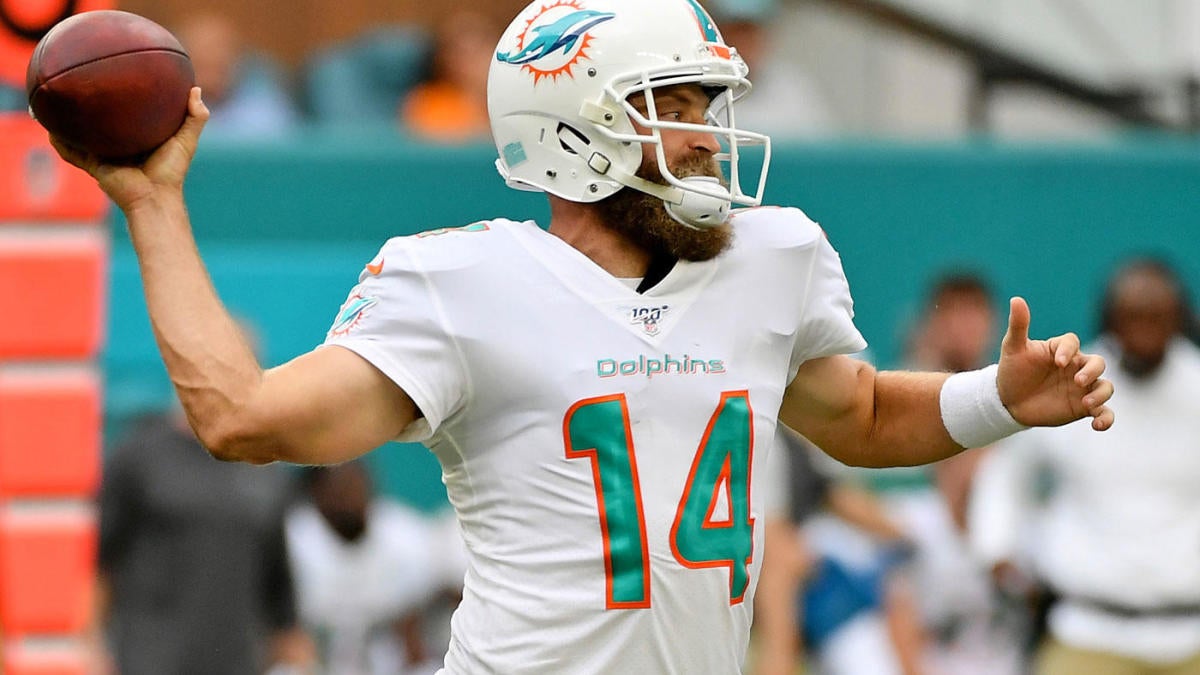 Fitzmagic will remain at the helm in Miami for the rest of the season.

On Monday, Dolphins first year head coach Brian Flores announced that veteran quarterback Ryan Fitzpatrick, who has led the Dolphins to two straight wins after an 0-7 start, will remain the Dolphins starting quarterback for the remainder of the 2019 season.

“I see him as the quarterback for the foreseeable future,” Flores said of Fitzpatrick, via Safid Deen of the South Florida Sun Sentinel. “He’s done a really good job. The guys, they feed off his energy. He’s been able to move the football. He’s made really tough plays for us — scrambling, getting out of the pocket, making throws, tucking it and taking it to the end zone. He’s been productive. He’ll be in there.”

Fitzpatrick, who started the season as Miami’s starting quarterback before being benched in favor of second-year signal caller Josh Rosen, re-entered the starting lineup in Week 7 after coming off the bench to lead a near comeback against the Redskins in Week 6. Fitzpatrick has remained in the starting lineup over the past four games, leading the Dolphins to gritty losses against Buffalo and Pittsburgh before leading Miami to wins over the Jets and Colts in consecutive weeks.

A 15-year veteran who signed with Miami this offseason, Fitzpatrick has completed 61.5 percent of his passes with an 8/8 touchdown/interception ratio. He has a 52-79-1 lifetime record as a starting quarterback.

While Fitzpatrick will play ahead of Rosen for the rest of the season, the Dolphins are expected to draft a quarterback in the first round of the 2020 draft. Miami, currently armed with three first round picks in next year’s draft, are expected to select either Alabama quarterback Tua Tagovailoa or LSU’s Joe Burrow, who completed nearly 80 percent of his passes for 393 yards and three touchdowns in the Tigers’ win over Tua’s Crimson Tide on Saturday.