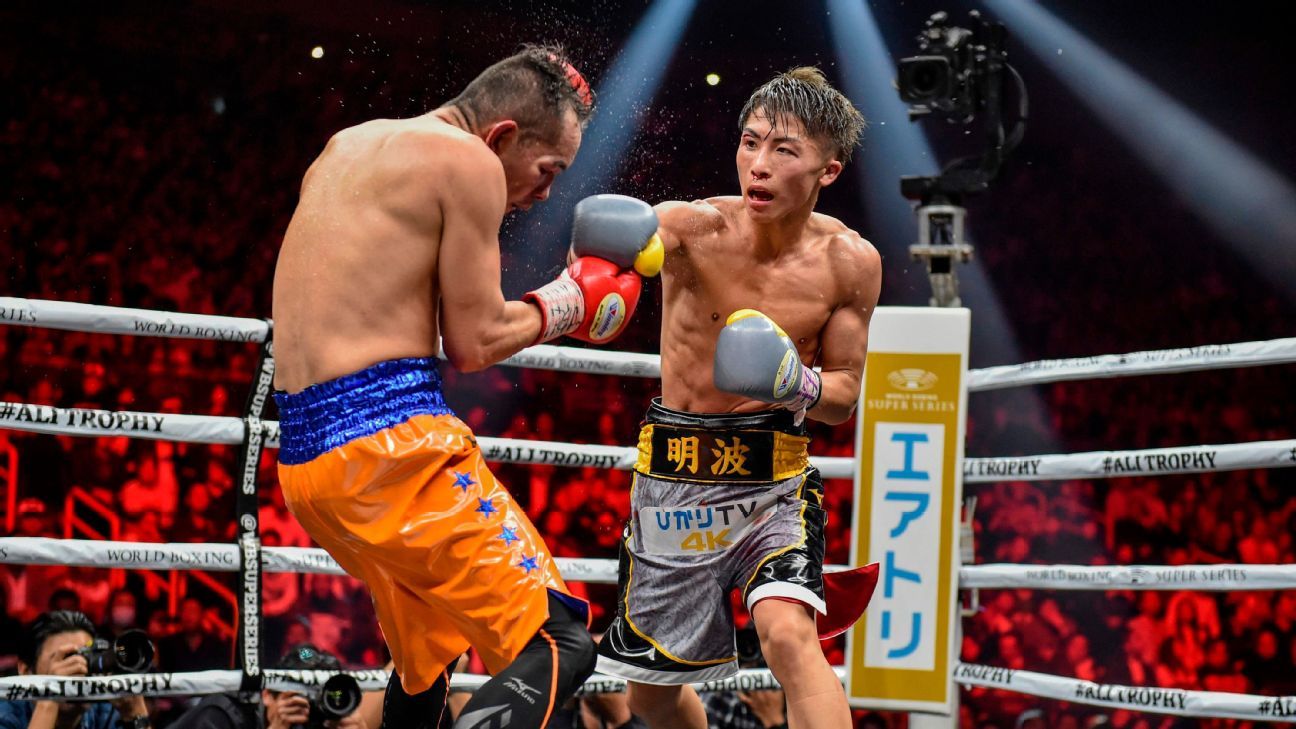 Naoya Inoue’s ambitious plans for 2020 under his new co-promotional deal with Top Rank may have to be tempered.

While “The Monster” unified bantamweight world titles and won the eight-man World Boxing Super Series tournament by unanimous decision against Nonito Donaire on Thursday at the Saitama Super Arena in Saitama, Japan, the victory in the action-packed contender for fight of the year came with damage.

Inoue and co-promoter Hideyuki Ohashi disclosed at a media gathering on Saturday in Tokyo that besides the very obvious terrible gash over Inoue’s right eye suffered in the second round — which required five stitches to close — he also suffered a fractured orbital bone and a fractured nose, which bled from the third round on.

Inoue said he would not require surgery to repair either fracture and that he will be reexamined by his doctor in a month to asses his progress.

“Then I will decide my training schedule thereafter,” Inoue said in translated remarks, adding that his plans for a spring fight in the United States would have to be delayed.

Before the fight with Donaire, Inoue and Ohashi signed a multi-year co-promotional deal with Top Rank contingent on beating Donaire that would bring Inoue to the United States to fight on ESPN platforms. The deal was announced immediately following Thursday’s bout.

The plan was for Inoue to fight three times in 2020 with the first two bouts to take place in the United States, where he has fought only once previously in 2017, followed by a third fight at home in Japan later in the year.

But with the injuries, it remains to be seen when his first fight of the new deal will take place.

The fight with Donaire was a fierce one. Despite having the most difficult fight of his career, three-division world titlist Inoue persevered through the injuries to knock four-division titlist Donaire down with a body shot in the 11th round and won by scores of 117-109, 116-111 and 114-113 before a sold-out crowd of more than 20,000.

Inoue (19-0, 16 KOs), 26, who is 14-0 in world title fights and ranked No. 4 in the ESPN pound-for-pound rankings, has won world titles at junior flyweight, junior bantamweight and bantamweight. Before the grueling final against Donaire, Inoue had torn through the World Boxing Super Series, destroying former world titlist Juan Carlos Payano with a highlight-reel first-round knockout in the quarterfinals and crushing Emmanuel Rodriguez in two rounds in the semifinals.