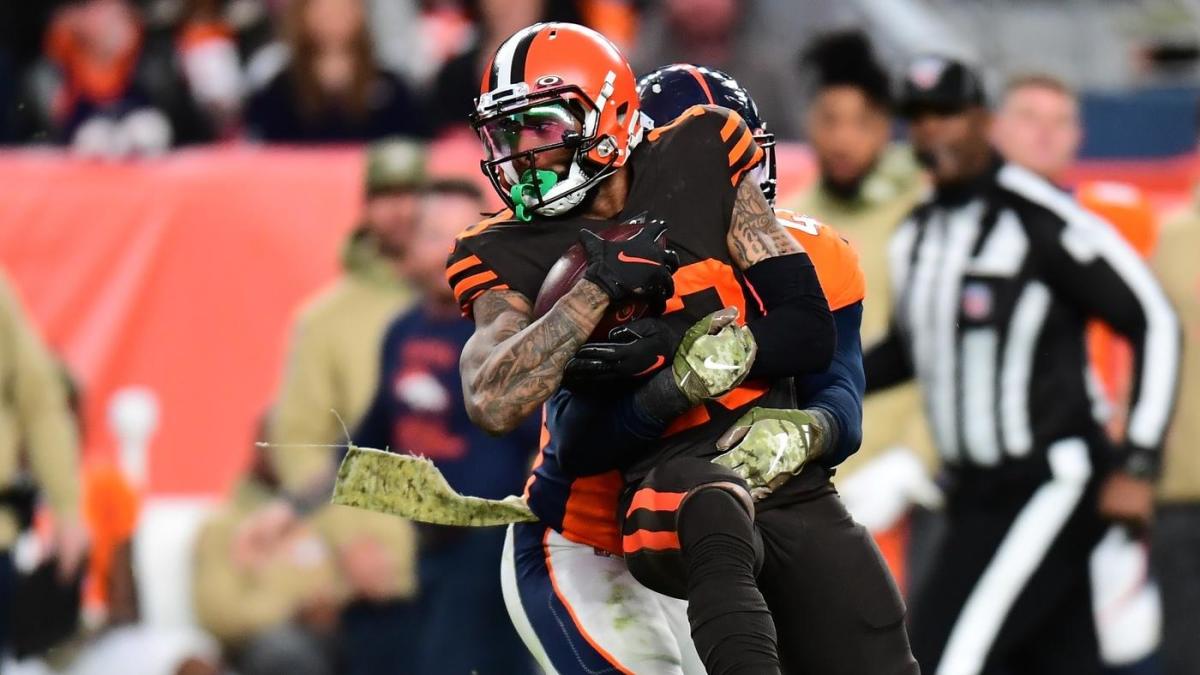 Odell Beckham Jr. is having arguably the worst year of his career with just 39 catches for 575 yards and a touchdown in his first season with the Cleveland Browns. The numbers have frustrated Beckham as he wants to do more to help his team win, but the former All-Pro wide receiver has been feeling rejuvenated over the past week. Beckham just turned 27 years old and is happy to put the past behind him with a focus on his future.

“Going through that year of 26 was one of the hardest challenges I’ve had so far and just to see where I’ve grown and knowing what I’ve wanted to do at 27 for the past three to four years, I’ve been saying 2020 is my year,” Beckham said, via Mary Kay Cabot of cleveland.com. “2020 will be the best year of my life.”

Beckham could have had some personal issues not involving football, but his performance on the field is unlike what the league has seen out of him. Beckham had just 55 catches for 842 yards and five touchdowns, averaging 15.3 yards per catch at 26 (playing in just 12 games). He also was traded by the New York Giants to the Browns in the offseason, creating a messy divorce in New York. This after missing the final four games of his 2018 season with a quad injury.

In addition to his play on the field, Beckham has made headlines for his various uniform violations. The first was in Week 1 when he was fined for wearing a reported $2.2 million watch, and the second came in Week 6 when his uniform pants didn’t cover his knees. The latest one was in Week 9 when Beckham was ordered to change his cleats at halftime of Sunday’s game, which they were blue and red with a face that looked like “Joker,” which was in violation of the league’s uniform policy.

Beckham has put all that behind them as he turned 27 this week. He plans to be a better version of himself going forward, or so he says.

“I’ve grown,'” Beckham said. “I’ve come to a different place mentally, emotionally, spiritually, however you want to put it. I think everyone can see that.”