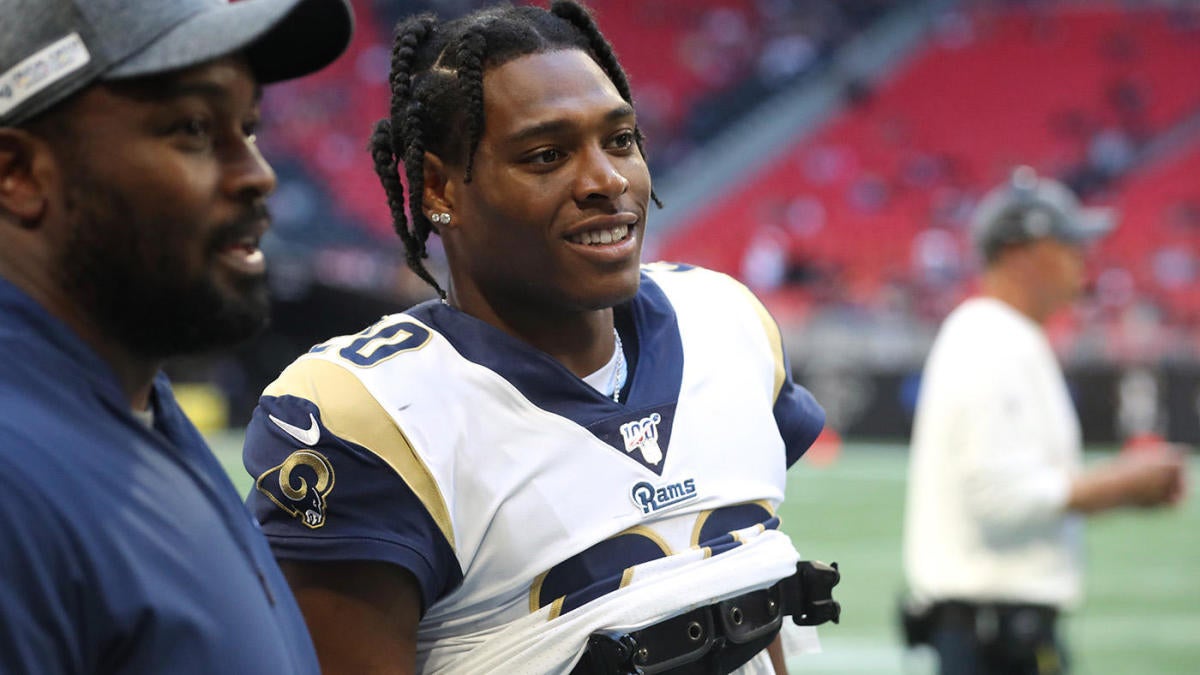 When the Los Angeles Rams face the Pittsburgh Steelers on Sunday, cornerback Jalen Ramsey won’t be facing the typical challenge he’s accustomed to when lining up opposite of Pittsburgh’s offense. Ramsey has squared off against All-Pro wide receiver Antonio Brown the past few seasons, but with Brown out of Pittsburgh he’s getting JuJu Smith-Schuster as his top coverage assignment.

Ramsey has respect for Smith-Schuster, but he pointed out the obvious with Pittsburgh’s No. 1 wide receiver.

“No disrespect to him, he’s not Antonio Brown,” Ramsey said, via ESPN’s Lindsey Thiry. “I matched up with Antonio for two years there, and that was a good battle and I held my own in those battles. Now I’m going against a different person, a different body type, a different receiver a little bit. He can make plays, but I’m playing my game. I’m not really worried about it.”

Brown and Smith-Schuster have different body types in addition to their career resumes. Brown is 5-10 and 185 pounds while Smith-Schuster is 6-1 and 215 pounds. Smith-Schuster is a matchup nightmare in the slot, but has been playing mostly the outside this year with Brown out of Pittsburgh. He also was a dangerous No. 2 option when Brown was on the outside as the No. 1.

Prior to his one game with the New England Patriots this season (four catches, 56 yards), Brown has averaged 114 catches over the last six seasons, leading the NFL in receptions twice. He has totaled 11,263 yards and 75 touchdowns, averaging 13.4 yards per catch during that span. Smith-Schuster had 111 catches for 1,426 yards and seven touchdowns last season, which was his second year in the league. As the No. 1 wideout in Pittsburgh this year, he has 33 catches for 459 yards and three touchdowns (13.9 yards per catch).

While Smith-Schuster doesn’t intimidate Ramsey like Brown did, there’s still some respect for him from the All-Pro cornerback. As Ramsey said, he’s just focusing on himself.