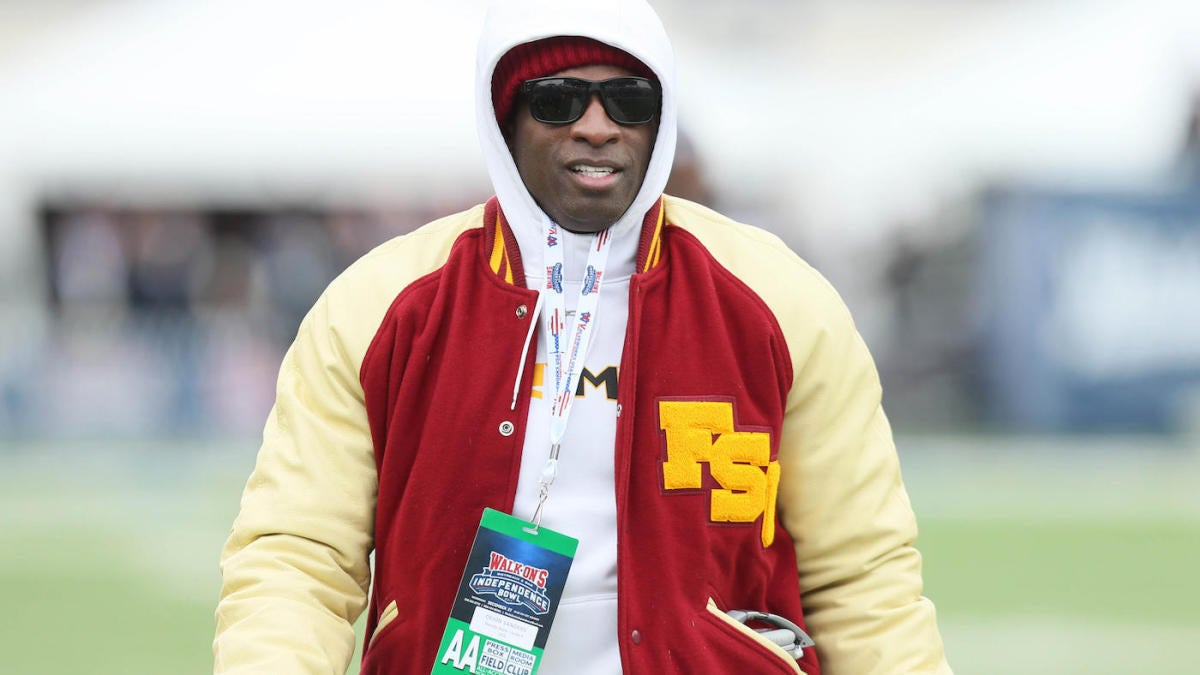 Things are getting interesting in the world of Florida State after the university decided to fire head coach Willie Taggart following a 4-5 start to the season. Taggart leaves the Seminoles with an overall record of just 9-12, and the move creates the second opening at the position in three offseasons after Taggart initially replaced longtime coach Jimbo Fisher in 2017.

Well, after the usual big names were floated for the position, suddenly on Thursday night it appeared as if former Florida State legend Deion Sanders is now a candidate. Sanders has neither confirmed nor denied his candidacy, which would see him formally reunite with the school that turned him into a superstar, and subsequently, a No. 5 overall draft pick for the Falcons in 1989.

The task of righting the ship for the Seminoles would be a massive undertaking, and one many question whether Sanders would be willing to commit to. However, Cowboys owner Jerry Jones believes in the former do-it-all player turned analyst turned high school coach.

“I’ve actually watched him coach,” Jones told 105.3 FM the Fan after hearing the rumors. “I’ve watched him work with younger players in the pros. He’s outstanding. He has all the credibility that you could ever imagine both from knowing what he’s talking about plus as the sensitivity or perception that he has with people skills.

“He’s really good. He generates excitement so that with that energy package that he’s got, along with — just I would say — his understanding of how to maximize his talent, which he did. He had, as I mentioned earlier, the great talent package. But boy, he got a lot out of it and consequently played to it.

“And I think he can coach that. He can be a great coach.”

Aside from the aforementioned inductions into the Hall of Fame at both the college and pro level, he’s a former two-time unanimous All-American who also won the Jim Thorpe Award at Florida State before going on to win two Super Bowls in the NFL, along with a laundry list of annual honors for his legendary play and rarely seen skill set. In a world where NCAA athletic directors mirror NFL executives in looking for young, fresh-minded coaches as opposed to the constant recycle usually witnessed in football, it’s not unheard of to consider the Seminoles taking a look at player whose jersey they’ve retired.

Romantically, it’s a match made in heaven, but the reality is Sanders would have his work cut out for him. The Seminoles haven’t won a national championship since 2013, and the confidence of recruits in the program long-term is being torpedoed by their lack of success. One thing Sanders’ brand would instantly do for FSU is help to woo new recruits, but that’ll be short-lived prosperity if his coaching chops aren’t up to snuff at the collegiate level.

Jones believes they can be, and time will tell if the decision-makers in Tallahassee, Florida, are willing to take the plunge.