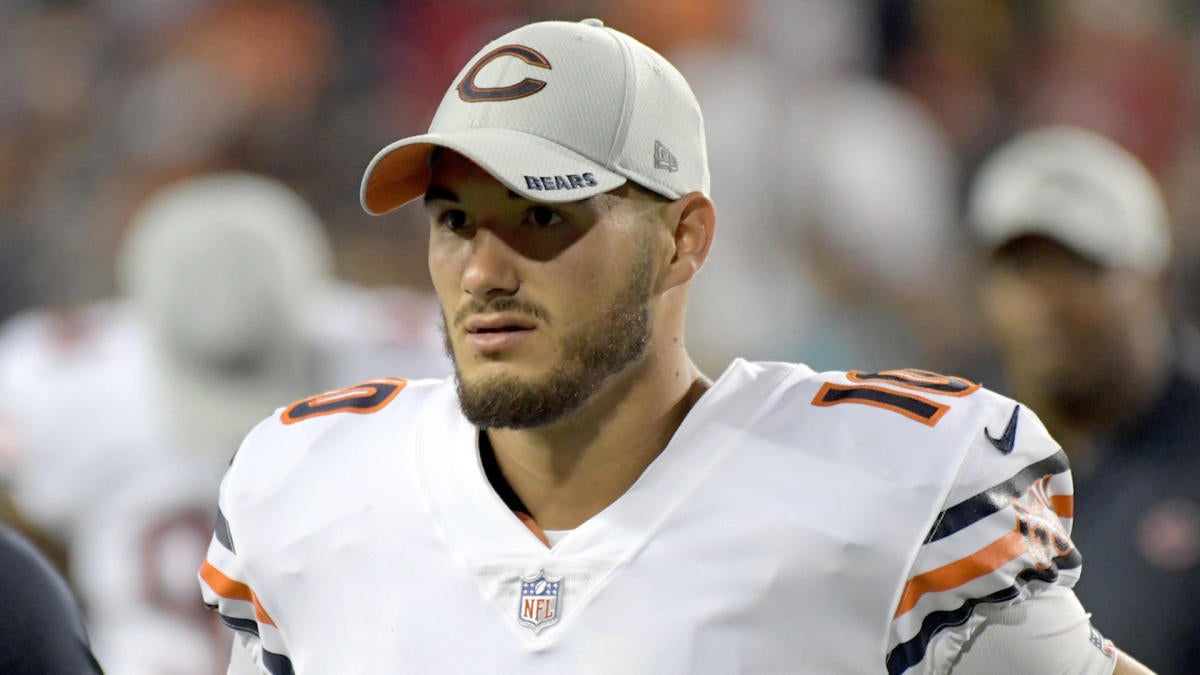 Days removed from another disappointing performance during his team’s slide to the bottom of the NFC North, Mitchell Trubisky has unveiled his recipe to a Chicago Bears turnaround.

Turning off the TV.

Faced with a number of questions about his own confidence as well as the state of the Bears after Chicago’s 22-14 Week 9 loss to the Philadelphia Eagles to fall to 3-5, Trubisky told reporters Wednesday that he’s been working hard to eliminate distractions around Halas Hall, the team facility. The first thing to go, according to the third-year quarterback? Talk shows that feature criticism of the Bears, who’ve now lost four straight.

“Trying to get some of these TVs in the building turned off because you’ve got too many people talking on TV about us and what they think about us, what we should do, what we are and what we’re not,” Trubisky said before practice. “But they don’t really know who we are or what we’re capable of as people or what we’re going through or what we’re thinking. It’s just the outside viewers looking in. So, tunnel vision, earmuffs and just come to work every day and try to get better and get back to what we know we’re capable of doing.”

Anyone who’s followed Trubisky or the Bears, of course, knows TV shows are the least of Chicago’s concerns. Despite entering 2019 as a sleeper MVP candidate, the former first-round pick has endured heavy criticism from fans and media alike during an inefficient season under center. In between one missed game due to a shoulder injury, Trubisky has managed just five touchdown passes in seven starts and posted a passer rating of 75 or less five different times. Against the Eagles on Sunday, he completed a season-low 47 percent of his passes, finishing with 125 yards against one of the NFL‘s most vulnerable secondaries.

Pressed to explain what he is doing to get through his slump Wednesday, Trubisky offered what appeared to be little more than platitudes.

“Just learning different ways how to lead,” he said, “coming up with solutions and just being positive every single day and working a lot harder. Doing things different than we’ve normally done them and just trying to fix them and get back on track.”

Trubisky and the Bears will have a crucial opportunity to prove they can get back on track starting this Sunday, when Chicago hosts the rival Detroit Lions (3-4-1) with a chance to make up ground in the NFC North.