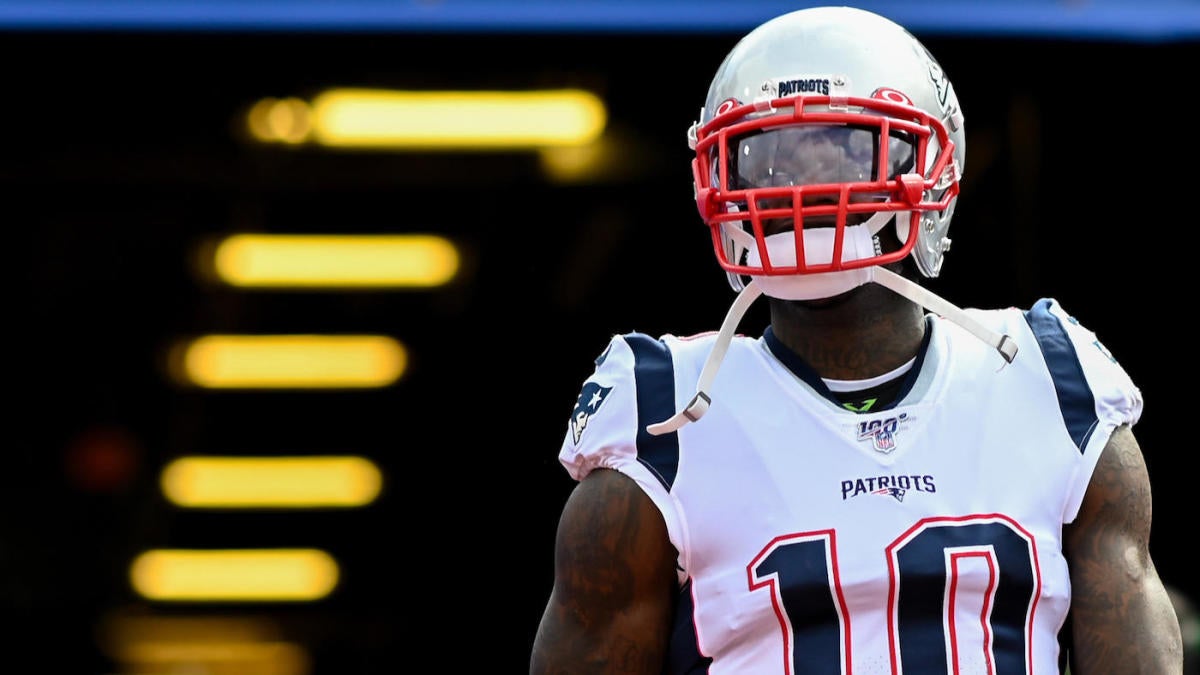 That’s a little surprising. All three teams fit the profile of one that should be interested in Gordon: They’re all Super Bowl contenders at the halfway point of the season and like most teams, could use an upgrade at receiver.

The Packers have Davante Adams, but he’s been banged up for a while now, having not played in a game since the end of September. Behind Adams, the Packers’ depth at the position is bleak. Despite missing four games, Adams is still second on the team in receptions and the only player who has overtaken him in that category is running back Aaron Jones. Receiver Marquez Valdes-Scantling leads the team in receiving yards, but he’s averaging only 52.5 yards per game. For the sake of comparison, Adams is averaging 94.5 yards per game.

Like the Packers, the Saints also have a superstar receiver in Michael Thomas, but they don’t have much else behind him. Thomas leads the team in receptions (73) and receiving yards (875). The next closest? Running back Alvin Kamara with 33 catches and receiver Ted Ginn with 296 receiving yards.

Unlike the Packers and Saints, the 49ers don’t have a superstar, but they did just trade for Emmanuel Sanders, who caught seven passes for 112 yards and a touchdown in a win over the Cardinals on Thursday night in Sanders’ second game with the team. But the 49ers are thin at receiver behind Sanders, hence their decision to trade for him. Tight end George Kittle leads the team in receptions (46) and receiving yards (541), and the next closest player is receiver Deebo Samuel with 22 catches and 227 yards.

It’s plausible that none of those three teams, all of which are in first place in their respective divisions with a combined record of 22-2, felt like Gordon was a risk worth taking given his off-field issues that previously derailed his career. There’s also the chance that teams just don’t think Gordon is the player he once was. Put it this way: the Patriots just cut Gordon even though their top receivers behind Julian Edelman are Phillip Dorsett and the recently acquired Mohamed Sanu. It’s not like the Patriots are rich at the position, yet they cut Gordon. The Patriots, like the teams mentioned above, could use a dominant WR1.

Gordon hasn’t been that for a while now. It’s been six years since Gordon led the league in receiving as a member of the Browns. Since then, he’s yet to play in a full 16-game season and he’s averaging 59.4 yards per game. During his career-best 2013 season, he averaged 117.6 yards per game.

But Gordon has a legitimate chance to thrive in Seattle. Nothing against Tom Brady, the greatest quarterback of all time, but Russell Wilson will be the best quarterback Gordon has played with considering where Brady and Wilson are at in their careers. At the midway point of the season, Wilson is leading the MVP race. While concerns still persist about the Seahawks’ over-reliance on the running game, they do like to throw out of 11 personnel (three receivers). Finally, they have three receivers worthy of using in 11 personnel.

In short, it makes complete and total sense why the Seahawks wanted Gordon. They needed an upgrade at receiver, and Gordon could be that. At 6-2, they’re a contender, but are also lagging two games behind the 49ers in the NFC West, giving them urgency to find a way to improve their roster in November.

It’s a little less clear why no one else wanted him, although there are some very understandable reasons why. Looking at the teams positioned ahead of the Seahawks, you can make a case that a few — like the Dolphins (for compensatory pick reasons) or Chargers (for football reasons) — should’ve taken a chance on him. Instead, Gordon heads to Seattle, where he gets to play with the MVP frontrunner on a likely playoff team.