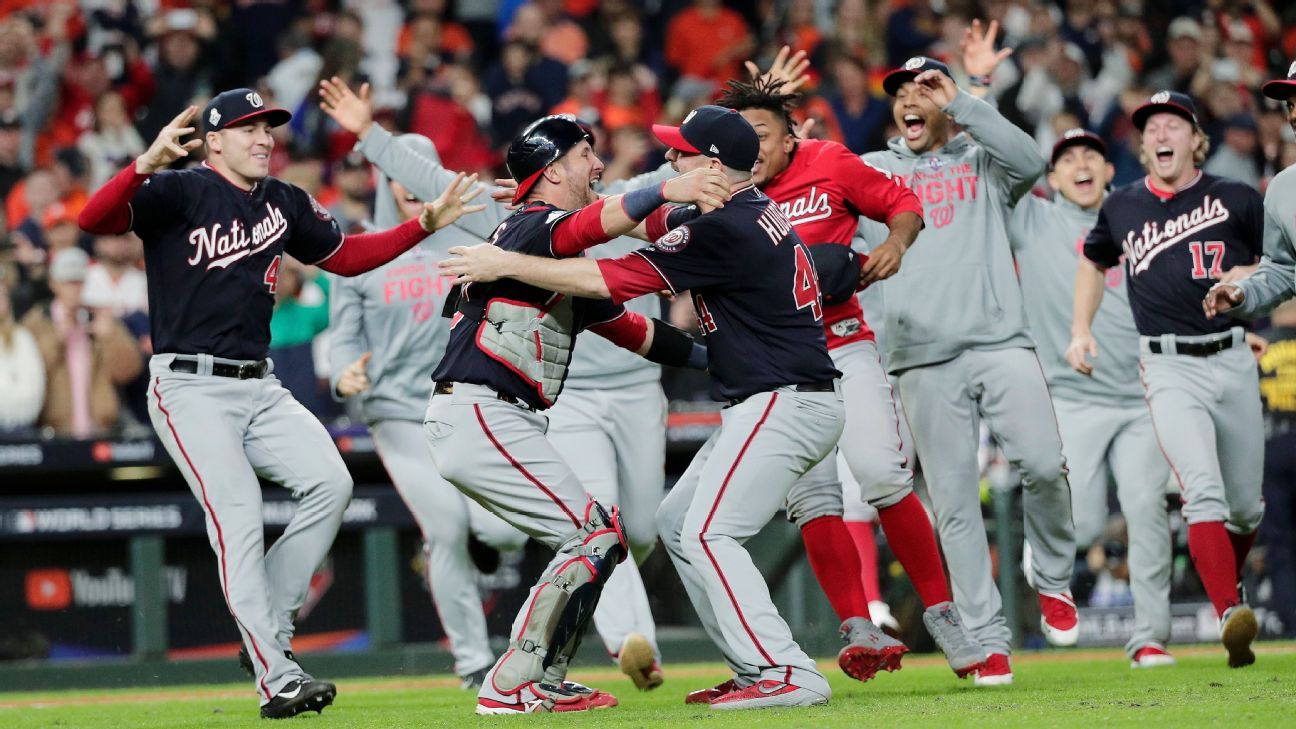 This year’s World Series between the Washington Nationals and Houston Astros went seven games but finished as the third-least viewed.

The Series averaged 13.91 million viewers, Nielsen said Thursday, down 1.3% from 14.1 million last year for Boston’s five-game victory over the Los Angeles Dodgers. The first title in the 51-year history of the Nationals-Montreal Expos franchise averaged an 8.1 rating and 16 share.

Those viewership numbers are on par with the 23.52 million that watched San Francisco’s Game 7 victory over Kansas City in 2014.

Fox said postseason games on Fox and FS1 averaged 7.84 million, a 12% increase from last year. Fox and FS1 had the American League Division and Championship Series, which has been the more-viewed of the two leagues in recent years.